The economy is crumbling, the planet is heating up, war with Iraq looms. What if something REALLY goes wrong? Six nightmares for George Bush -- and everyone else. 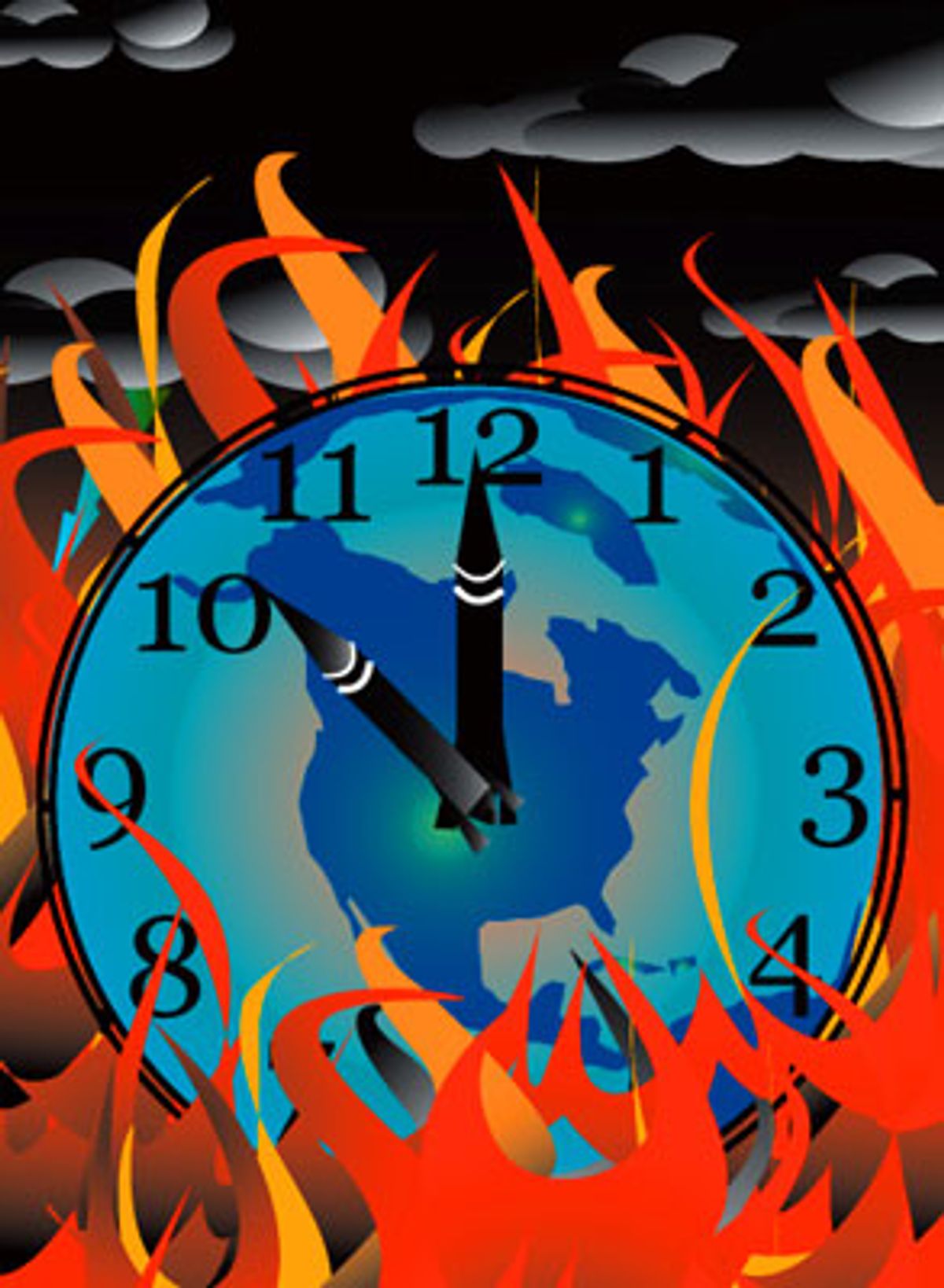 Two years into his presidency, on the eve of his second State of the Union address, almost exactly a year before the 2004 presidential primary season begins with the Iowa caucus, President Bush faces trouble everywhere he turns. War with Iraq seems inevitable even as crises in Venezuela and North Korea simmer, and al-Qaida remains menacing and elusive. On the domestic front, unemployment is still rising, the stock market continues to slump, budget deficits are climbing again -- and the president's only answer is a massive tax cut for the rich, while states and cities slash funds for public safety, healthcare and education. A broad spectrum of scientists agree that global warming is getting worse, but the administration insists the issue needs more study.

It's hard not to notice a disconnection between the challenges facing the U.S. and the Bush administration's response. And what if, against this already gloomy backdrop, things get worse on several fronts at once?

Salon asked six writers to look at worst-case scenarios on the domestic and international scenes. What if deficits mount and the war with Iraq is messier than expected? What if joblessness continues to rise but states' unemployment insurance funds collapse? What if al-Qaida rebuilds while the Palestinian situation festers?

Even with good luck on most of those fronts, the next two years will be as tough as the last two for the president. Without it, Bush may end up wondering why he ever wanted the job -- or could even find himself unemployed.

The Middle East
The White House's reckless, one-sided policies could lead to a global catastrophe.
By Gary Kamiya

The fiscal crisis
While Bush cuts taxes for the rich, states are cutting prosthetics for the poor.
By Joan Walsh

Iraq
Chemical weapons, civil war and Arab rage could turn an invasion into a disaster.
By Eric Boehlert

The economy
If Bush's radical tax cuts are approved and spending continues to soar, the U.S. could be headed toward Japanese-style stagnation -- or worse.
By Farhad Manjoo

The environment
Bush's pro-industry policies are hastening the end of the polar bears -- and maybe the planet.
By Katharine Mieszkowski

Reproductive rights
American women take their right to an abortion for granted. They shouldn't anymore.
By Sheerly Avni