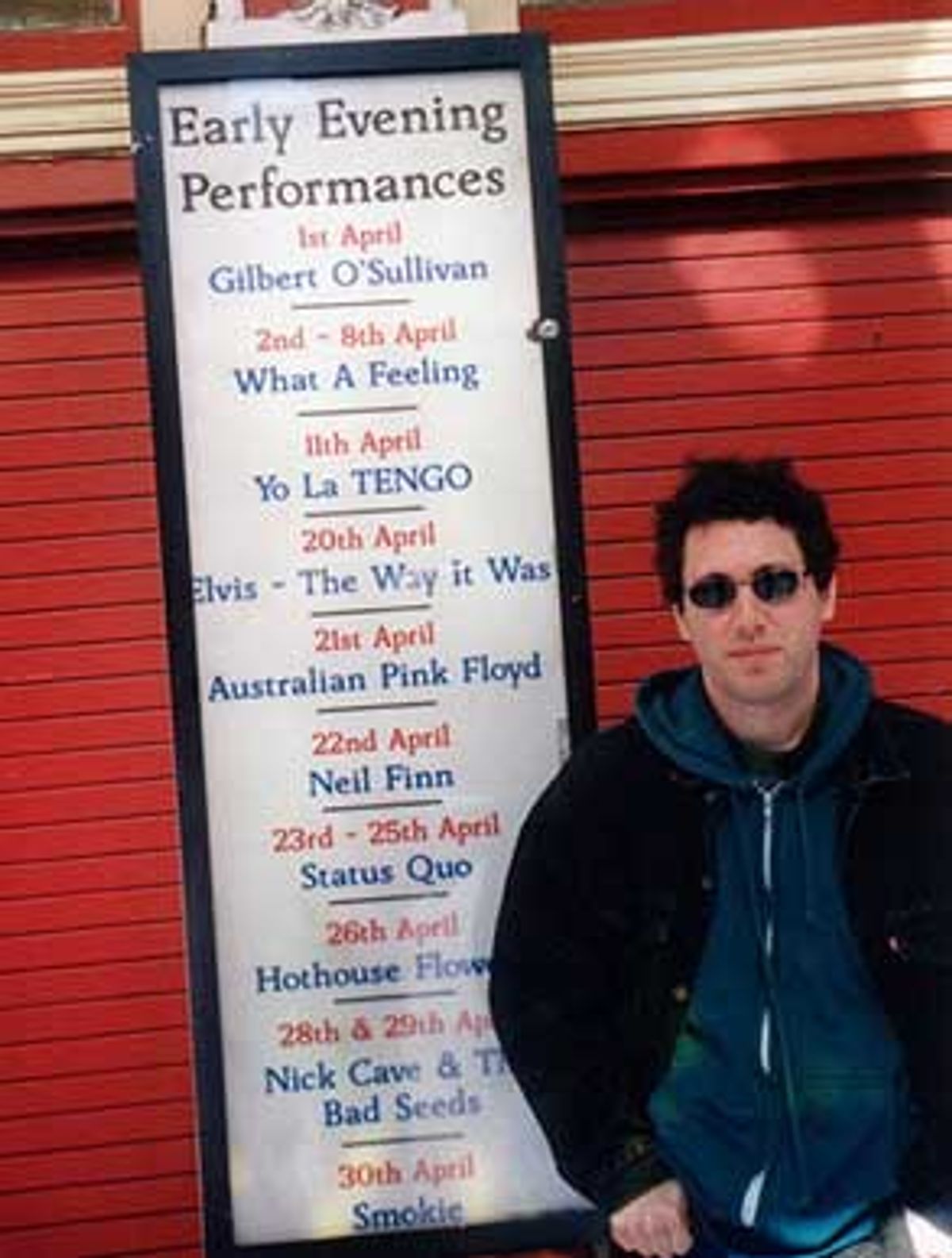 Yo La Tengo
"Nuclear War"
Out now on Matador Records

Yo La Tengo (Ira Kaplan, Georgia Hubley and James McNew) are something of a rock 'n' roll Swiss Army knife: murmuring love songs, epic organ freakouts, sweetly chiming pop, avant-rock noise assaults -- they can do it all. However, unlike many of the postmodern sound-collage artists working today (Fatboy Slim, Beck) their music is rarely ironic and their stylistic diversions, even those furthest afield, usually sound natural and unforced. That's why their four remakes of eccentric bandleader Sun Ra's "Nuclear War" work so well.

Sun Ra originally recorded the song in 1982, three years after the nuclear disaster at Three Mile Island (Ra's "Arkestra" was based in nearby Philadelphia), and with the Cold War at full chill. Perhaps the most underrated composer and pianist in the history of jazz, Sun Ra's recording of "Nuclear War" was almost impossible to find over the last decade until Atavistic reissued it in 2002, shortly before the song started showing up in Yo La Tengo's live shows.

The first of Yo La Tengo's four adaptations is all drums and chanting, and serves as the foundation for various (and you can't get much more various) guest artists to build upon. The second track features a regular children's crusade of the band's giggling nieces and nephews that chant the response to the lyrics. And then there is the spookily taut remix of the kiddie version by New York hip-hop phenomenon Mike Ladd, without the giggles.

Guesting on the third version is a whole slew of New York jazz musicians. Unsurprisingly, this track comes closest to the original. Joining McNew and Hubley are Josh Modell (of Antietam) on bongos and percussionist Susie Ibarra, who maintains a low, seasick rhythm under the main groove. Roy Campbell (trumpet), Sabir Mateen (sax), and Daniel Carter (sax) make up the horn section and trade some loose, melodic solos before coming together in an all-too-short three-way jam, after which the song trails off to an elegiac finale.

You don't buy a Swiss Army knife for the tiny tweezers, and "Nuclear War" is certainly not the most essential record in the Yo La Tengo catalog. It's a lot of fun, though, and makes an worthy addition to an already attractive package.