The former New York governor argues that Saddam must go -- but now is not the time for war. 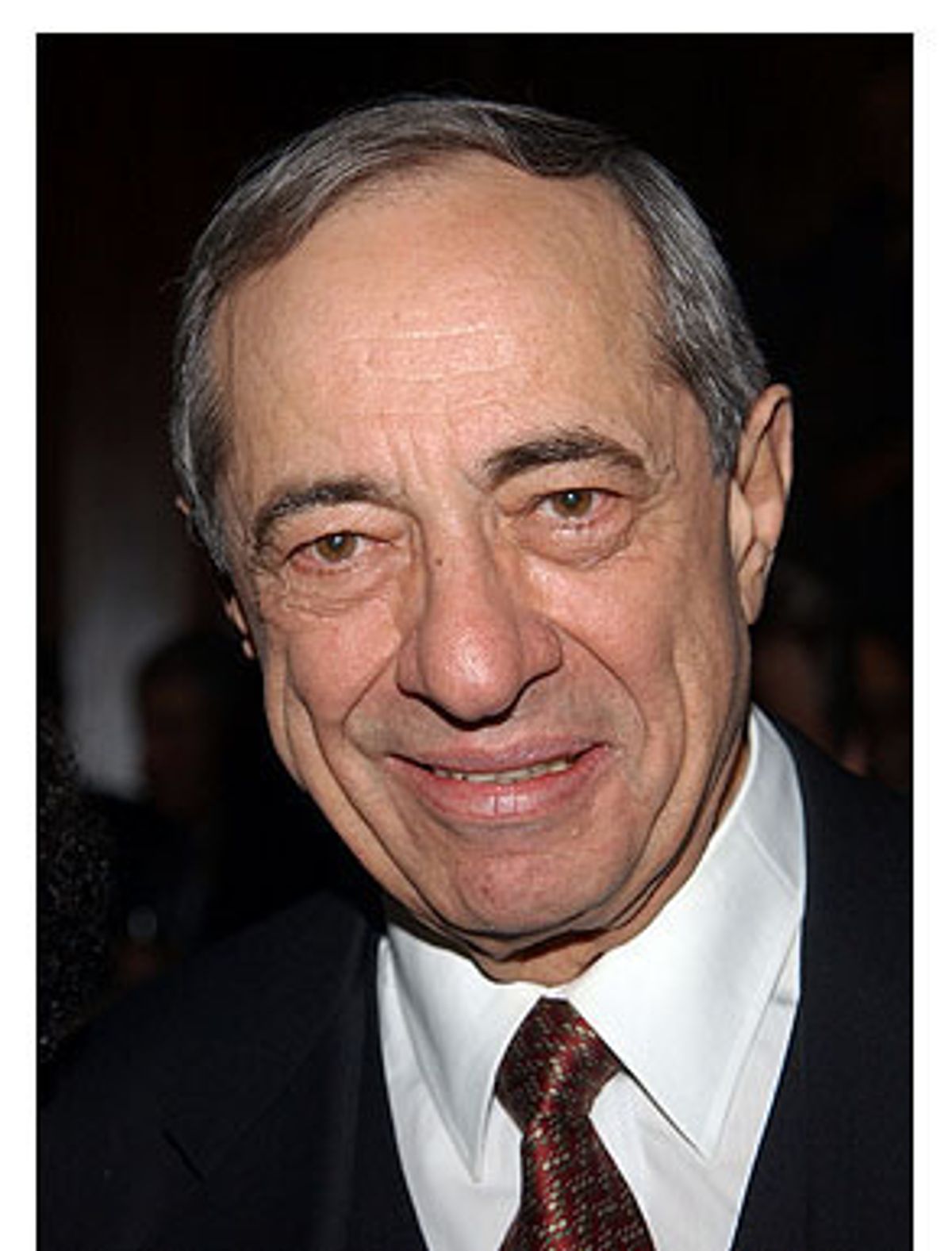 When New York's Mario Cuomo delivered the keynote address to the 1984 Democratic National Convention in San Francisco, he spoke powerfully about the need for caution in U.S. foreign policy. "No martial music will be able to muffle the sound of the truth," he said. "Peace is better than war because life is better than death." At the height of Reaganism and the Cold War, he called on the Democratic Party to save the nation from the fear of a nuclear holocaust, to go back to the root of social values.

Back in those days, Cuomo was a moral center of gravity in the Democratic Party. The son of Italian immigrants, he was the first Italian-American governor of New York. He was the longest-serving Democratic governor in the state's modern history. He was a clear front-runner for the party's presidential nomination in 1988, but after a period of highly public indecision, he bowed out.

He had captured the party's imagination as a thoughtful and passionate speaker, an eloquent intellectual, and someone very sure of himself. In a telephone interview with Salon last week, those traits were still very much in evidence in the 70-year-old former governor. So, too, were his values.

Talking from his office in Manhattan, he offered a nuanced liberal analysis of the looming war against Iraq. Saddam should be taken out, he says, and no reasonable person could think otherwise. But now is not the time for war -- the cost is too great, he says, not just in money, but also in lives.

Should the U.S. invade Iraq?

I think the question is easy to answer, and I think all reasonable people would answer it exactly the same way.

Yes, Saddam Hussein is brutal and dangerous and should be removed. I think that's clear. There's not a respectable opinion the other way. But in removing him, should you start a war except as the utterly last alternative? And the answer by all reasonable people would be no, you shouldn't do it except if you're absolutely certain there isn't any other reasonable way to do it. And I think we're a long way from establishing that the only alternative is a war. Because the cost of a war -- and once again this is almost inarguable -- the cost of a war is so great, not just in dollars. If we were to have a war, we would of course win it, that seems clear. But then we would be there for five to 10 years, that's the best guess. And the last numbers I saw, the cost was $1.6 trillion. When you consider that the current budget estimate, which is $300 billion already in deficit, is for a $1.3 trillion deficit in five years, and that does not consider the Iraqi war, the dollar cost is --

But more important than the dollar cost, you will kill people, some of whom are innocent.

You will have your own people, some of them, in prosthetic devices and in body bags. You will not end violence with a war. You will precipitate it, because the hostility that already exists in much of the Arab/Muslim world will be exacerbated, and many of the people who are further angered are religious zealots who believe it is glorious and rewarding to give up their life to take yours. When you're dealing with people like that, the 19 people who brought down the twin towers, it's very hard to frighten them with the threat of death, when they look forward to it as an opportunity to visit the 72 virgins.

And you can go on and on with the sequelae of a war that would be destructive. What will it do to North Korea, a non-Muslim country? What will the Arab/Muslim world say about the fact that you let the non-Muslim nation with a much greater threat of nuclear power, you let them go, you settled for diplomacy there, but you took the Muslim people and killed them in a war? And what will it say to the people who are already our enemies, who have nuclear capacity, about the importance then of insisting on their nuclear capacity and expanding it? On the grounds that look, it's obvious that when you face a nation with nuclear capacity you won't go against them -- especially one that defeated you in a previous war, like North Korea, or at least stymied you? So the cost of a war is so great, that until they convince me that there is no other way to defang him --

How else do you defang him?

The most reasonable alternative here is to make a deal at the very last moment, when there is obviously no alternative for Iraq, when there is no more hope in diplomacy for Saddam Hussein. Right now there's plenty of hope for Hussein, because you don't yet have the Germans, you don't yet have the French, you don't yet have the Security Council. So you can't make the deal now. But at the very end, when you've dealt with all of that, or when you've said you're going to do it without them, when it's absolutely clear to Saddam Hussein, that's when you send the Arabs to Hussein to say, here's your choice: Leave, with a little money, with your family, with your life, do an Idi Amin, do what some of the other dictators did -- or die. Because if the war starts, [the U.S.] is going to drop a bomb on your head, or you'll be assassinated, or they'll catch you eventually, prosecute you and execute you.

Now, unless you're a religious zealot -- which Saddam is not, he's secular -- unless you want to give up your life, and I see no evidence of that, you'll make this deal. And at that point, I think he does make a deal.

The quick, glib response to that always is, "Oh, but he's crazy." What does that mean? That means he's going to commit suicide? I don't think so. So as far as I'm concerned, this isn't complicated. And if I'm wrong, and it doesn't come out that way, well, so be it, but you're certainly not yet at a point where you can say there is no reasonable alternative to war.

You can say he's lying, you've caught him, he's cheated ... though frankly I don't see a strong case for he poisoned his own people, I think they've got their history a little mucked up there. But let's say he's capable of that.

But again the cost of a war ... we're not talking enough about the aftermath. This is very much like cancer, except a really perverse kind of cancer. Saddam Hussein, Osama, al-Qaida, all these groups are malignant tumors, they're lethal, they can kill. So you have to extirpate them. You have to operate on the country and cut that tumor out. But once you do, the result is that the cancer that produced them produces even more tumors, faster, because that's the nature of this terrorism, that's the nature of their hostility.

That's what Sharon's running into in Palestine: You kill a terrorist and he produces three or four others -- just out of anger and hostility and a willingness to give up their lives.

So it's not enough to have a war that kills a lot of innocent people, and maybe gets Saddam Hussein too. You've got to cure the cancer that produced that tumor, and a war doesn't do that. It only makes it worse.

And so you should be thinking about what caused the hostility. Bush himself has said -- if you look at his defense strategy in September that called for preemption -- he has said, Look, when you're repressed, when you're poor, when you're undereducated, when you don't have opportunity, when you have all of those frustrations, it leads to hostility and it's a breeding ground for terrorists, just the way ghettos in the city of New York or anywhere in the U.S. that has that kind of syndrome produce crime. Therefore you have to work on that.

In my book "Reason to Believe," I talk about drug addiction and the analogy is very good. You think about kids going to the outskirts of the village on the weekend drinking from the poisoned lake, just a drug-ridden lake, and coming back and creating all the mayhem that you will when you're drugged up. And you lock those kids up or you beat them up or you inoculate them. But until you dry up that lake you're not going to stop the mayhem, and that's what this is. You've got to get to the source. And a war won't do that. A war will only provoke more violence.

How do you get to the source?

If repression, ignorance, madrassas that teach you a distorted version of Islam that produces hate and a desire to kill infidels -- if those are the causes, and they are, then you have to change those conditions. You have to go to the Arabs, especially your allies the Saudi Arabians who are paying for some of those madrassas, you have to say: Stop that, that's a provocation, stop teaching that in the schools.

Look, after WWII, after the Holocaust, we went back to Europe and spent billions of dollars in the Marshall Plan to bring Germany back to life, to bring Italy back to life. We went to Japan after we defeated them, after they killed our men and women, and we spent hundreds of millions of dollars on Japan. Why? Because you wanted to dry up the things that might create chaos, continuing hostility -- and incidentally, because you wanted to create a trading partner. You wanted to make of them an asset to the world.

It's the same here. You have to invest in them not because you love them -- which would be a nice reason to do it, but it's too much to ask for, I've discovered -- but because pragmatically it's the only way to work. We're interconnected. We're interdependent. If they're miserable, unhappy, jealous, misguided, they're going to hurt you. So you go and you change that. And you do it with money and investment and understanding. Is it expensive? Of course it is! But not as expensive as a war, especially in the era of nuclear weapons.