Was the Academy blind to the cinematic splendor and dialectical imperative of "Gypsum Mine #425"? 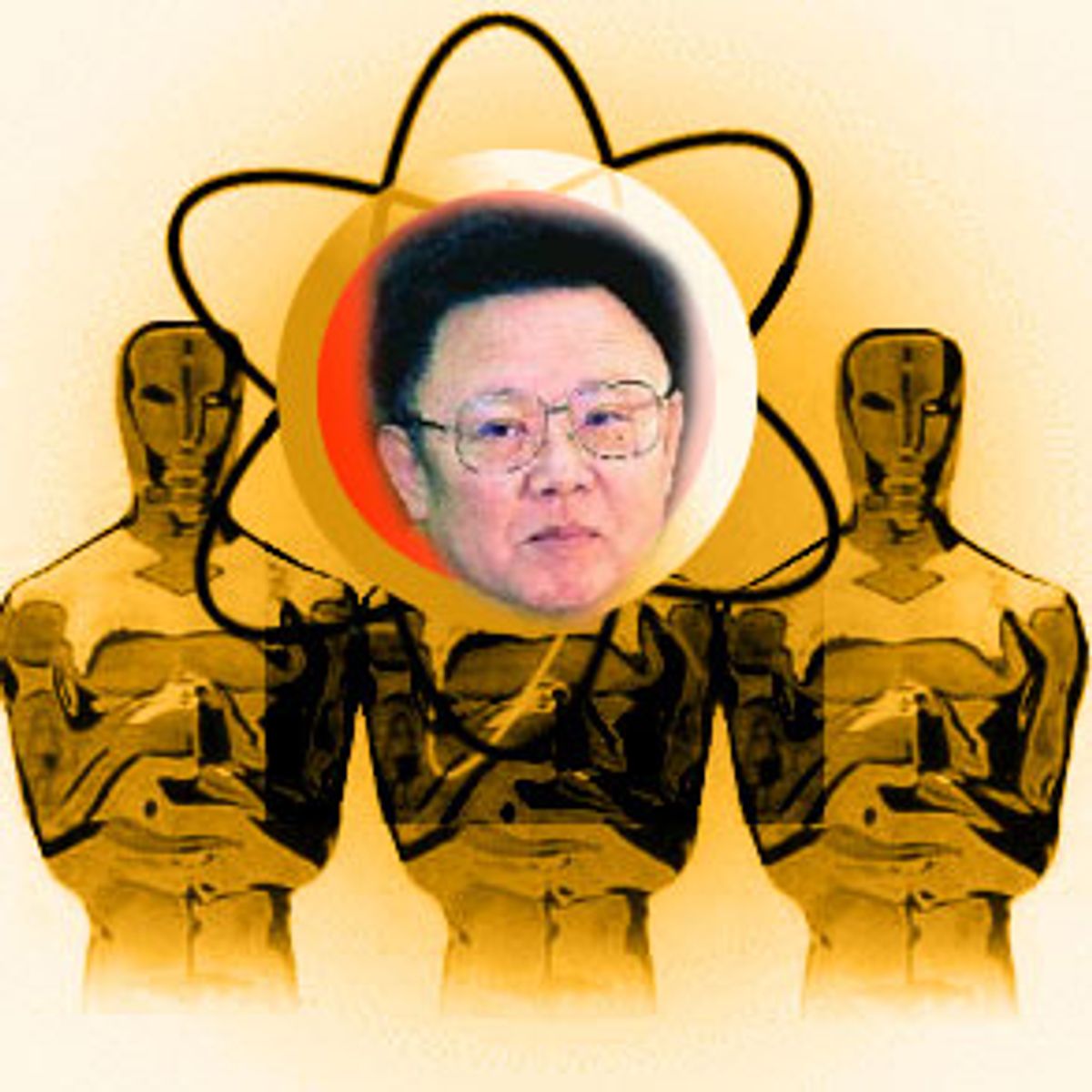 North Korea and the United States are edging closer to a showdown this weekend after the Academy of Motion Picture Arts and Sciences failed to nominate a single North Korean entry for Oscar consideration in any category.

The Democratic People's Republic had already started warming up its nuclear reactors in January, after being shut out of this year's prestigious Golden Globe awards and similarly snubbed at the Sundance Film Festival. It is now anybody's guess as to what steps the famously thin-skinned Asian state might take in response to this latest rebuff.

Undoubtedly fueling North Korea's ire is that in stark contrast to such rejections, that nation's film community garnered a clean sweep at the Pyongyang Film Festival: Winners for Best Picture, Best Actor, Best Actress, Best Director -- even Best Best Boy -- were all from the host country. And they would have been, said a festival spokesperson, even if entries from other countries had been allowed.

Particularly high hopes had been held by North Korean cinéastes for "Gypsum Mine #425," Pyongyang's Golden Missile winner as Best Picture of the Millennium, which dramatizes the valiant struggle of the progressive-minded industrial cadres to exceed their quotas in the face of insolent Western provocations. The five-hour black-and-white docudrama, written and directed by Dear Leader Kim Jong Il, who also stars, is a remake of his lauded 1999 film, "Gypsum Mine #424," noted for its catchy advertising slogan, "If you want to eat, see this film."

"Come Come, Silly Tractor, Please Start!" was also seen as a close contender. This latest in the so-called "Please Start!" series of slapstick rural spy thrillers is a harum-scarum chase film based on the real-life case of imperialist sabotage of the Grow More Sedge program, the tracking down of CIA hireling plotters, and the summary justice levied by a pretty young judge of the People's Agricultural Machinery Court -- herself unmasked, in a surprise last-minute plot twist, as a stooge dupe of the fascist mischief makers.

Will the NKPDR risk a major confrontation with the U.S. over these and other Oscar turndowns? Unconfirmed reports that Kim Jong Il has ordered the rush development of a retaliatory program to electronically jam all North American Moviefone lines are not being dismissed out of hand. Some Academy members, anxious for a peaceful settlement, have allegedly urged that "Let Us Chew Each Mouthful 64 Times," North Korea's candidate for Best Documentary, be awarded a special honorary Oscar for outstanding contribution to dental hygiene by a non-fluoridated country, but a hardliner Academy faction is said to be holding out against what it regards as appeasement, if not blackmail.

"Besides," points out one member, "the damn thing is unwatchable. Do you realize just how long it takes to watch a tooth decay?"

Bruce McCall is a writer and illustrator whose work appears frequently in the New Yorker.