Cat Power: "You Are Free" 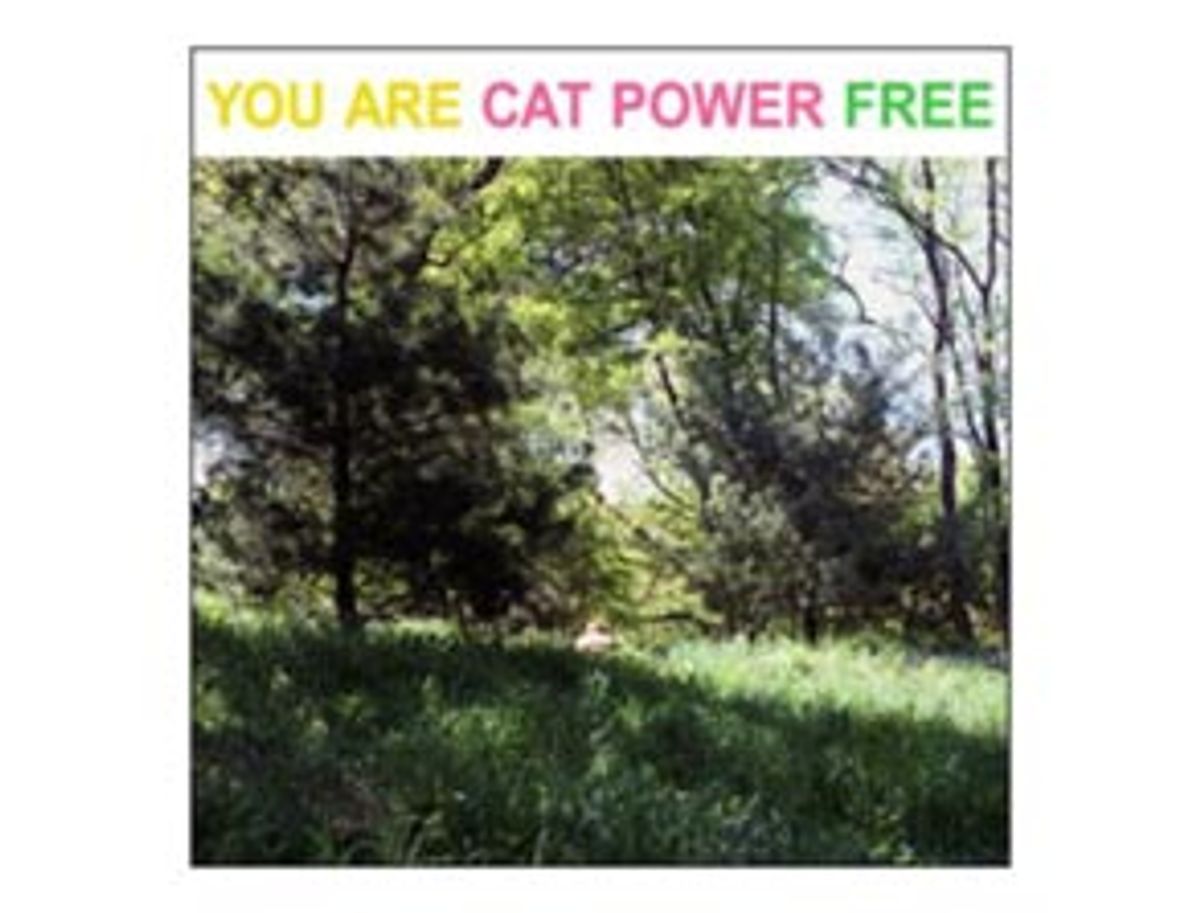 The first album of original material in five years from Chan Marshall (aka Cat Power) picks up where her 1998 "Moon Pix" left off. "You Are Free" is an evocative composite of soulful melodies, with stripped-down piano and hushed guitar-and-vocal ballads. It's a surprisingly upbeat affair, featuring a few rockers, including "He War," with Dave Grohl (ex-Nirvana, now Foo Fighters) on drums.

The new record finds Marshall changing directions from song to song, traversing from modest acoustic work to electric indie rock. The second track, "Free," borrows a rather primitive drum machine, with an '80s-inspired chorus of male voices punctuating the song's title. And the lyrics vie with the Men Without Hats single "Safety Dance," from nearly 20 years ago, as Marshall croons: "Come on and take a chance/ True romance/ When you dance/ Free..."

Part of Marshall's greatness is her talent for harmonizing with herself. "Fool" boasts several lines of complicated vocal melodies that seem like a conversation among many Marshalls: "It's not that it's bad/ It's not that it's death/ It's just that it's on the tip of your tongue/ And you're so silent." Her lyrics, however dark and cryptic, have always offered an emotional intensity that few songwriters muster. The word "free" permeates the album, and while it is difficult to pinpoint exactly from what Marshall yearns to take flight, the record's hint optimism (vocal sincerity, up-tempo) is striking. When delivering the lines "Black, black, black is all you see/ Don't you want to be free?" on "Babydoll," it almost seems as if a recovered Marshall wants to provide a spiritual lift to, or at the very least now commiserates with, sufferers of loss and heartbreak.