The Op-Ed populist says her fellow Texan, the man from Midland, is in over his head as he rushes to war with Iraq. 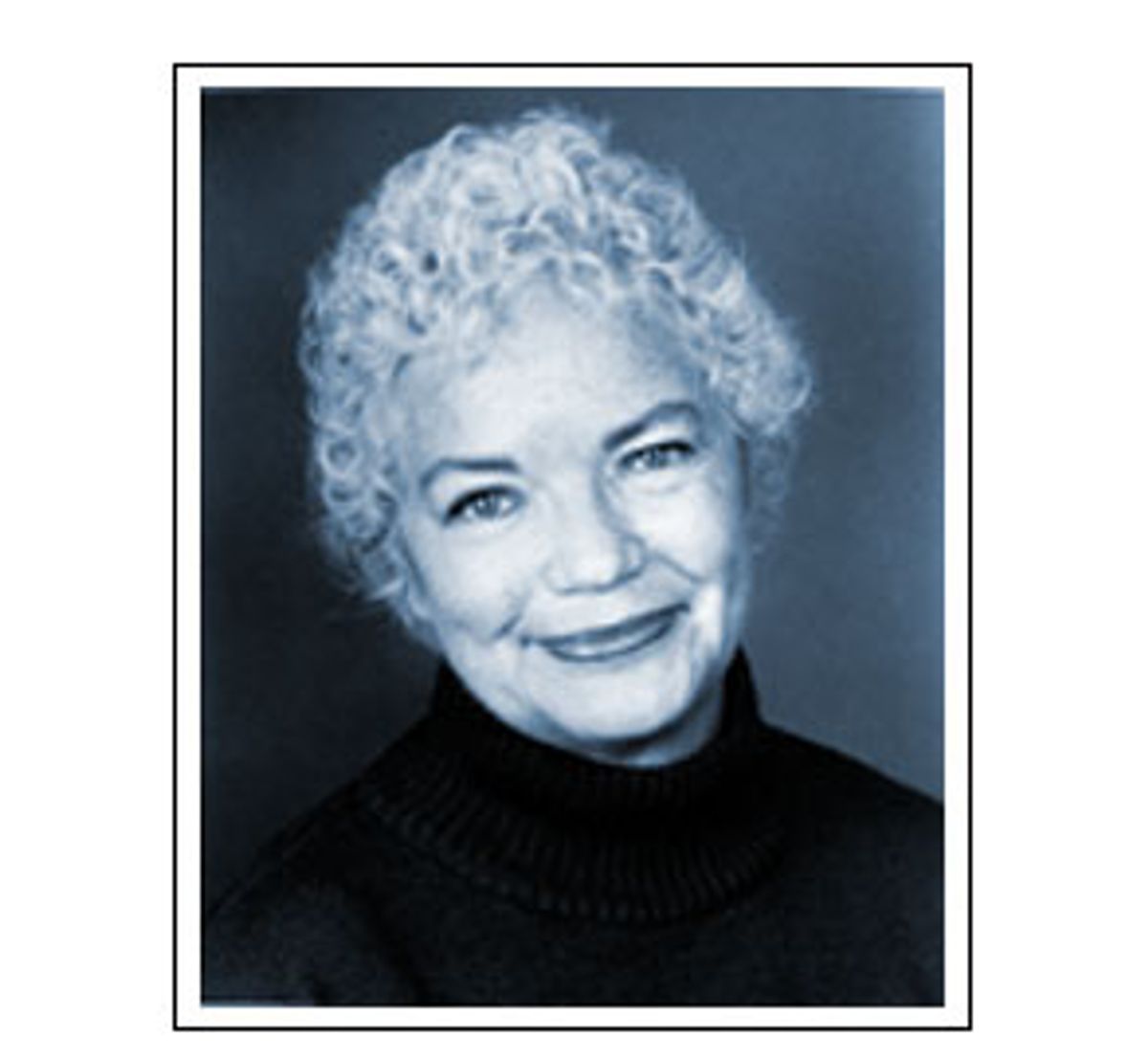 Syndicated columnist Molly Ivins is the rarest of political animals: a smart liberal who can make you laugh. She shares Texas roots with the president she nicknamed "Shrub," and her bestselling book, "Shrub: The Short but Happy Political Life of George W. Bush," coauthored by Lou Dubose, was remarkable for treating its subject with genuine warmth -- even as it skewered him.

Ivins and the president also share a populist touch. Her four books all spent time on the New York Times bestseller list, and her well-read column clearly is not written for her Op-Ed colleagues but for the rest of us. In a conversation with Salon, Ivins says Texans are as concerned about war with Iraq as anyone else, and she frets that the president who called Africa a country has not been able to convince the world that he knows what he's doing in the Middle East.

All indications are that we're heading into a war with Iraq whether the American public wants one or not. What do you make of the current situation?

[Ten-second pause.] God, I'm trying to think of my reaction to it. Extreme disquiet. I'm very, very troubled about what we're walking into. I think one can easily make a case for taking out Saddam Hussein. In fact, one could probably be made on humanitarian grounds alone. But just as there's a downside risk to doing nothing about this man, there is a very serious downside risk to invading the country. I think the problem is not so much getting him out of there. Frankly -- and if this is hubris, God forgive me -- I don't think we'll have much trouble taking him out. But it's what we do after we win that's the problem. This rosy scenario where the Iraqis greet us by dancing in the streets and democracy follows one after the other in the domino theory of Southeast Asia just strikes me as ludicrously optimistic. And the funny thing is, I've always been an optimist -- it's practically a congenital disorder with me. But I think you're looking at a country that's 20 percent Kurd and 20 percent Sunni and 60 percent Shiite, and that's pretty much a recipe for a horrible war.

And the only way to stop it is plant troops there for a long time, at which point of course we simply become sitting ducks in a Mideast that's terribly roiled. I think we undercut our ability to track down al-Qaida, which I still think is a greater immediate menace to us than Saddam Hussein. And it seems to me that here we are turning and going after a secondary or even tertiary target, and it's going to increase the difficulty of tracking al-Qaida. Essentially, that is an extremely complex international police operation, and what we need more than anything else is the cooperation of Arab countries, and of course we're just increasing their resentment astronomically.

Well, but one argument that's been made is that the countries of the Middle East secretly want us to take Saddam out...

I don't know. Yes, it certainly seems reasonable to me. Iran has said they would like to see Saddam disarmed, for obvious reasons.

But it's just not going to go over well. Part of what troubles me about the way we're going about this is that we are so clearly the aggressors here. We are starting this war. This truly is preventive war. It's not even preemptive war. Preemptive war is what Israel did in '67 with Arab armies on its borders. This is preventive war, and it seems to me that the bar ought to be quite a bit higher. To quote President Bush himself, "Unrest in the Middle East causes unrest throughout the region."

If you really wanted to settle down the Middle East, if what you wanted was change in the Middle East, it is perfectly obvious that the first step is resolving the Israeli/Palestinian conflict. I mean, that is such a no-brainer: that that is the source of the hugest amount of unrest in that part of the world, the greatest difficulties, both diplomatically and otherwise, that can be resolved. The fact that the Bush administration simply decided to do nothing about it is one of the most appalling aspects of its foreign policy. As a minor matter, we're once again going to have to double-cross the Kurds. I think this makes the fourth time we've double-crossed the Kurds. The Kurds will not be allowed to have an independent country because Turkey wouldn't stand for it; they have their own Kurdish population. And I must say our record in Afghanistan in terms of rebuilding that place after we bombed it is not impressive. It is not enough to make one optimistic about whether we really have the staying power to do the job in Iraq. I think that's another factor in the mix.

If you draw back and look at the entire Bush foreign policy rather than just Iraq, I'm becoming more and more troubled by the extent to which it is entirely about fear, danger, peril. I realize that this country was attacked on 9/11, but there seems to be no glimmer of an idea about how to make a better world. The disinterest, the lack of interest, in fact the absolute hostility to the idea of international law is really quite striking. The European anger -- I think we keep thinking it's just because they don't want us to attack Iraq and they're silly -- this goes back to pulling out of the Kyoto treaty and the international criminal court, which was a huge issue in Europe. This goes back to the U.N. conference where our delegates had been obstreperous and unhelpful. It has been a miserable performance in terms of international cooperation. And then suddenly we look up and say, "Well, why are they mad at us? Because the French are always difficult."

But no one ever claimed that foreign policy was George W. Bush's forte. It was mildly amusing in the campaign as he stumbled over the Grecians and the Kosovians...

And called Africa a nation...

Right. I think we all thought these things were pretty funny -- but not terribly important. And certainly war was not greatly on anybody's mind after eight years of peace and adultery.

I don't think Bush knows much about the rest of the world and I think part of his reaction ... I mean, it's so obvious he's not traveled widely, he's not well read, he's not terribly interested in the rest of the world. Mexico is almost the only exception to that and, bless his heart, he hasn't had any time to pay attention to Mexico. That's not his fault.

I really do think that when you read through his speeches and what you consistently get are words of peril, danger, threat -- that seems to be, when he looks at the world, what he sees. Long term, this kind of policy is so not in our own interest. You look at the large problems that we face -- that would be overpopulation, water shortages, global warming and AIDS, I suppose -- all of that needs international cooperation to be solved. And to have publicly enunciated a strategy as he did in the West Point speech ... I mean, I don't throw around words like "imperialism" loosely, but it struck me as a speech certainly not in accord with the best traditions of this country.

Do you think this lone cowboy mentality stems from his Texan roots?

Yeah, Texans tend to be pretty provincial. What a generalization, but it's true. I think provincialism is an endemic characteristic with mankind, I think everybody everywhere is provincial, but it is particularly striking with Texans, and we tend to be very Texcentric. I think one of the most attractive things about Texans is that they really don't give a shit what you think of them.

Which is not so attractive in a world leader.

No. You know, Bush has always reminded me of -- it's like having dinner at the Midland Petroleum Club. You go out to dinner with those guys and you think, "Goddamn, those are nice people. I'm sure glad they're not running the world." It's a very, very limited world view.

Speaking of petroleum, what do you think this has to do with oil?

Well, I'm not giving the conspiracy theory that it's all about oil. On the other hand I think it's absolutely silly to sit around and pretend that if Saddam Hussein was the same revolting son of a bitch in some other part of the world that we'd feel compelled to do anything about him. Yeah, I think oil is definitely part of this mix.

Are the war drums louder in Texas?

I've really seen very little of that "It's unpatriotic to raise questions." I find that no matter where people stand on this, they are all concerned about it. I mean, nobody is rushing into this with greatest joy, saying, Hot damn, let's go. People really do have questions.

It does seem to me that there's a reasonable debate between the parameters of, There's a risk if we do nothing about him, and there's a risk if we invade, so let's try and balance those and figure out what they are. And I think people come up with different answers. Again, I think the real threat is al-Qaida and we're doing ourselves damage here.