A strange affair between a young Irishwoman and an arrogant literary critic unravels a web of lies and false identity going back to World War II. 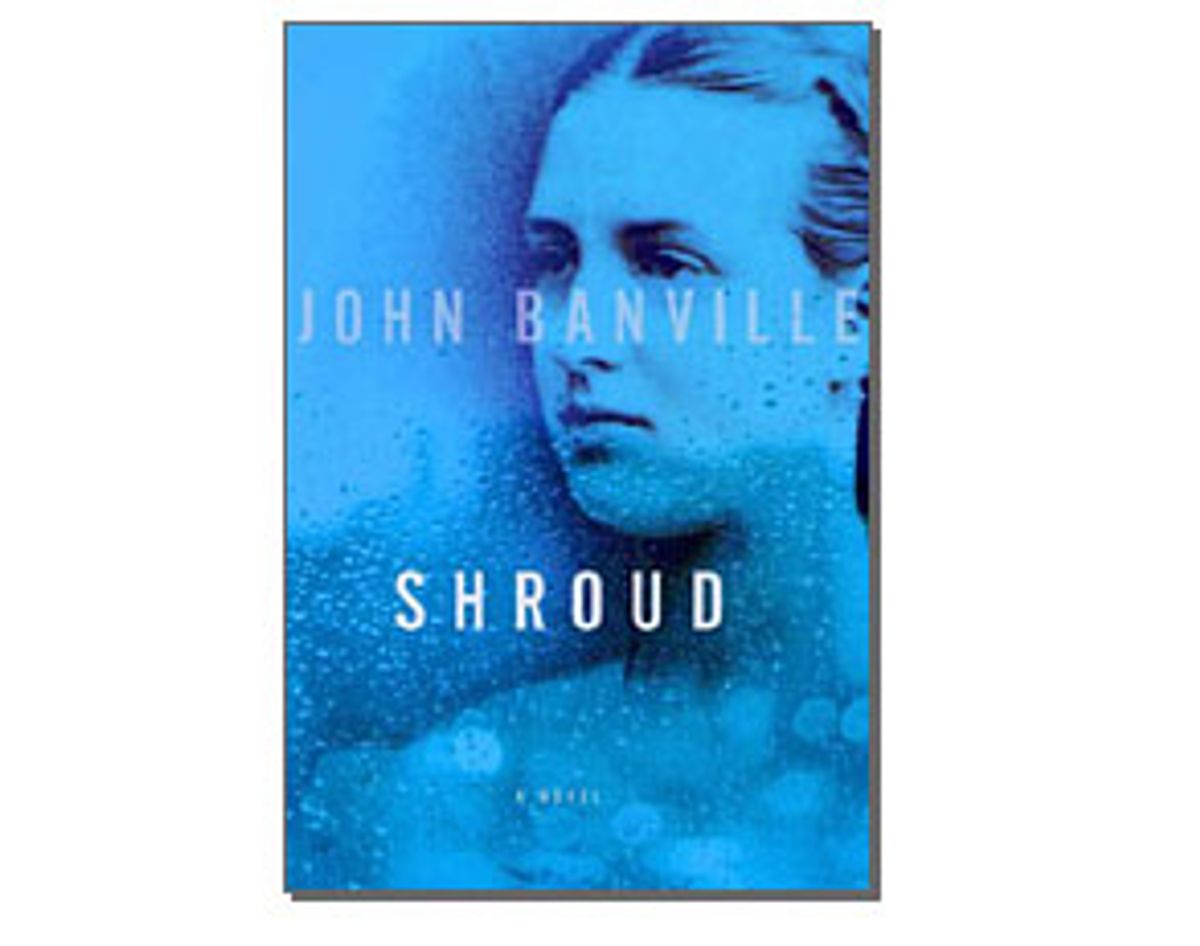 Turin, as guidebooks will tell you, is not one of Italy's picturesque cities. It is industrial, a bit gray and workaday, yet it contains an object of ambiguous and perhaps mystical import, the famous shroud. Is the shroud real or fake? And if it does indeed bear the imprint of the face of the corpse once wrapped in it, then who was that corpse? The shroud could be the shabbiest of old rags, a meaningless memento mori or an earthly sign of a great and transcendent truth. Who can tell?

Though John Banville's latest novel is called "Shroud" and is set in Turin, the shroud itself remains an elusive presence. "I tried to see it and failed," a character explains. Nevertheless, its spirit haunts this sad and lovely book. Banville's characters go about their business, drinking grappa in cafes, staying in midprice hotels, attending conferences in lecture halls, inviting each other over for dinner, and suspecting that none of it means much of anything, when some weirdly significant event jolts them into a state of uncanny doubt. A freshly made widower sits in his living room just after his wife's body has been taken away, and the glass vase in the next room, her favorite, unaccountably shatters in half. A girl who seems to recognize him on the street is struck and killed by a car. An intrusive red-headed man keeps turning up at inopportune moments. Are these omens, coincidences, manifestations of a larger design? Who can tell?

What the main character in "Shroud," Axel Vander, does know all about, though, is the unreliability of identity. An old man, and an unrepentantly scurrilous one -- a misanthropic rascal, as a matter of fact -- he is also not what he seems. He enjoys no small reputation as a literary critic specializing in theories about "the random nature of reality" and the nonexistence of any "essential, singular self," along with the idea that "every text conceals a shameful secret, the hidden understains left behind by the author in his necessarily bad faith." Bad faith could be called Vander's specialty, but he also excels at being rude, volatile and occasionally cruel. His success lets him get away with it.

Vander, originally from Antwerp, Belgium, but currently living in Berkeley, Calif. (which he inexplicably calls Arcady), goes to Turin in response to a letter from someone who has discovered that he is not Axel Vander after all. He expects to find a vengeful professional rival, but Cass Cleave turns out to be a young, emotionally fragile Irishwoman who, while researching his background in Antwerp, was tipped off to his false identity by the mysterious red-headed man.

In short order, Vander grasps that Cass is "barely held together," suffering from a rare, epilepsy-like neurological disorder that causes seizures, aural hallucinations, and the pervasive sense that everything is connected and somehow ordained: "She could trace the dissolution of empires to the bending of a blade of grass, with herself at the fulcrum of the process." Her madness, if it can be called that, is the exact opposite of his vision of the world.

This unlikely pair begins an affair, a foggy exchange of care (Vander, a drunk, suffers an attack of alcohol poisoning and Cass nurses him), faith and blackmail. He can't figure out exactly what she knows about his past, and the parts of the novel written in his voice -- addressed to her, or perhaps to his dead wife, Magda -- eventually unspool his history, beginning with his youth during World War II. That story contains an additional set of mysteries: How did the real Axel Vander die? Was he a Nazi sympathizer or a Resistance fighter? Who wrote the letter that saved the life of the man who stole his name? And why, perversely, adopt the identity of a seemingly reprehensible wastrel?

Banville has always been a ravishingly beautiful writer, and while some of his novels bog down in non-event, "Shroud" has bones as good as its skin. His prose is clean and unfussy, decidedly not what passes for "lyrical" these days, and his images and metaphors have a visionary keenness that's almost violent; they strike the reader like blows. Vander's companion in a train compartment has a nose that is "huge, pale, high-bridged, and pitted all over, like the stone head of a ceremonial axe."

Cass, learning of her grandmother's easy death, contemplates being "gone like that, without a sound, like slipping out of a room and turning and quietly closing the door; in her mind she saw a hand, it was hers, slowly relinquish the polished knob and her miniature, curved reflection on it shrink to a dot of darkness and disappear." When Axel is suddenly seized with desire for Cass, it is, appallingly, as much rage as lust: "Even her nakedness would not be enough, I would open up her flesh like a coat, unzip her from instep to sternum and climb bodily into her, feel her shocked heart gulp and skip, her lungs shuddering, clasp her blood-wet bones in my hands."

Vander has many secrets, some of them quite nasty, but he takes pride in his "shiftiness," in being "a virtuoso of the lie." Cass upsets all that and leaves him scrambling for purchase. "I am all frontage," he pronounces, until their affair becomes for him a last-ditch shot at authenticity, something he never knew he wanted or even believed in. As the novel loops gracefully to its conclusion, Vander discovers that the lies he's concocted have themselves been based on lies. Entirely by accident, with the intention of doing anything but, he has arrived at a kind of truth. Whether it is fate that takes him there, or just the perversity of chance, he cannot tell, and Banville, blessedly, isn't saying. That odd red-headed man, last seen fleeing down the street for parts unknown, may be the only one who knows for sure.