"Amandla! A Revolution in Four-Part Harmony" 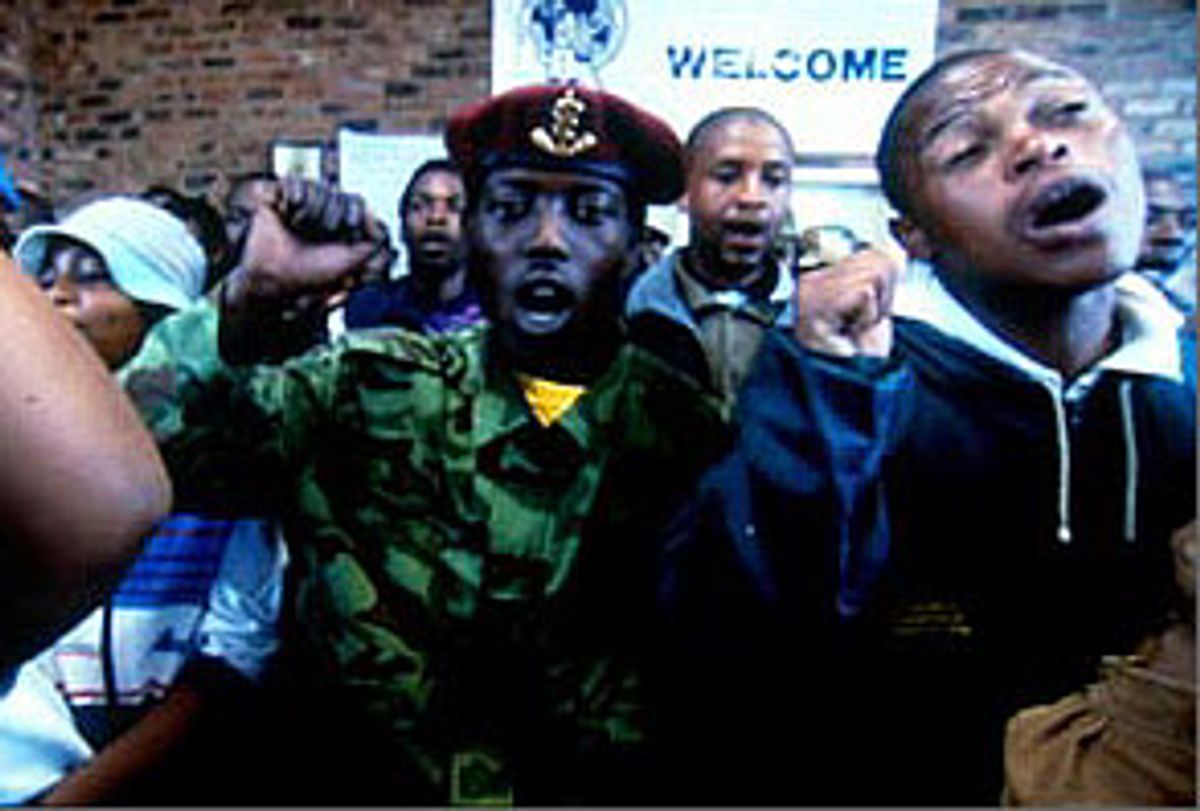 There's a moment in every documentary about the American civil rights movement that sets you shaking. You see a montage of black-and-white footage. Marchers. Lunch counter strikes. Police dogs. And then Martin Luther King Jr. stands in front of that massive crowd. And the portentous music drops away from the score, and you hear just his voice, its cadence, its tenor, its message. You would do anything that man asked, not just because of the way he said it, but because he was right.

"Amandla!" extends that tingly Martin Luther King moment for an hour and a half. Lee Hirsch's documentary about the role music and especially freedom songs played in the 50-year struggle against South African apartheid takes on a massive subject. The central point of the film is that you can't separate the songs from the movement, and that through the songs you can uncover the story of the struggle. It's a beautiful movie about the power of music, about the power of being right. In a way, you shouldn't even read about this movie. It has to be heard.

There are, of course, stunning images as well. (The film is currently playing in New York; it opens in Los Angeles next week and in several other cities in March.) Hirsch captures some great stuff -- he spent nine years making the movie, shooting mostly on video -- but the most powerful images in his film were selected from archived footage: Blacks shuttled off to the Meadowlands township in the late '40s, guerrillas moving through the bush in the '70s, massive crowds bobbing up and down, dancing the ferocious toyi-toyi in front of riot police in the 1980s.

The soul of the film, in some ways, is singer Vuyisile Mini, a songwriter and anti-apartheid leader who was hanged in 1964. "Amandla!" (it's the Xhosa word for "power") begins with his family and admirers exhuming his bones from a mass grave and giving them the respect of a proper burial in a state memorial. It's a potent metaphor for what the film does. Like Mini's family, the movie gets into the dirt, touches the bones, cries, sings and dances.

Using a number of narrators, including activists, political prisoners and exiled musicians like Hugh Masekela and Abdullah Ibrahim, the film moves through the history of the struggle. I'm no expert on South Africa, nor apartheid. I was a kid when it was a celebrity cause and college students were living in campus shantytowns and calling for Coca-Cola to divest. No matter. The film quickly sets up the conditions and continues to limn the high -- and low -- points of the long revolution. The white National Party sends blacks into townships, then restricts their movements. There is resistance, then blacks are massacred at protests, then leaders like Nelson Mandela and Vuyisile Mini are sent to prison. There are uprisings, a guerrilla movement, a slow repeal of the vicious apartheid laws and finally democratic elections. This takes 50 years, and freedom always seems just around the corner.

All of that comes out in song, but also in stories. Thandi Modise, who went on to be a member of South Africa's National Assembly, was imprisoned for nine years and tortured while she was pregnant. She considered suicide, she says, but found her way back by singing. Three white policemen admit to being scared by dancing blacks. Radio Freedom, the illegal radio station of the African National Congress, begins and ends with a song.

"Amandla!" is never cloying or hippie-ish. It doesn't drone on about oppression. It doesn't feel sorry for anyone, and its subjects do not feel sorry for themselves. The people in the film sing on their way to the gallows and dance at funerals. You get the sense that some of that comes from facing so many horrible things, witnessing so much injustice. From that, you learn how the music worked, why a joyful, happy song had the lyrics "the dogs must die." As Modise puts it, when a comrade dies, you don't cry, you sing.