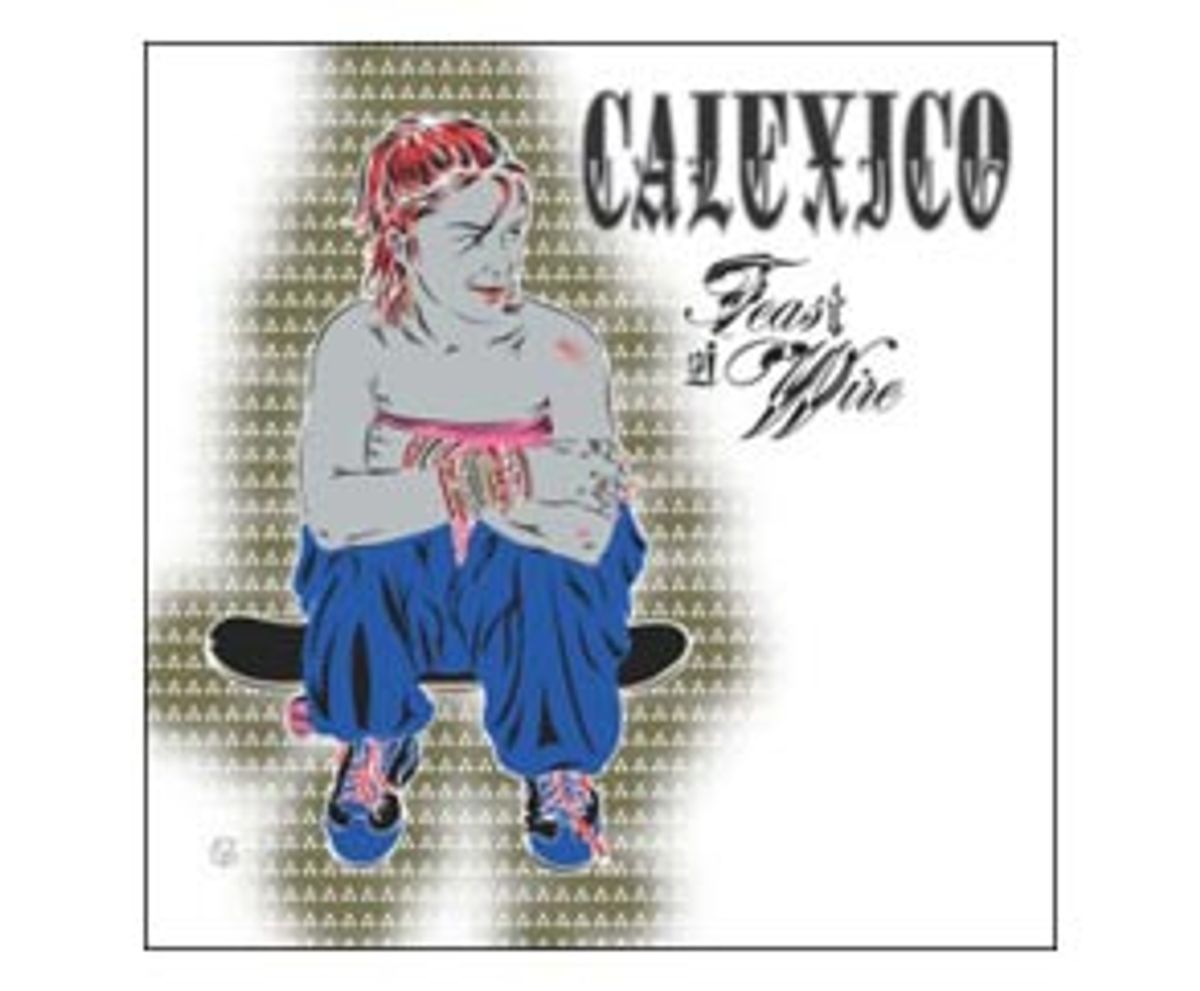 Founded by multi-instrumentalist Joey Burns and drummer John Convertino in 1996, Calexico takes its name from a Southern California border town that was a hot spot during Prohibition and subsequently a prosperous farming area rife with racial tension. The band, however, is from Tucson, Ariz. While Calexico's musical influences range from jazz to mariachi ballads, the band's imagery is clearly inspired by their namesake city.

"Sunken Waltz," the opener on "Feast of Wire," is a bittersweet number anchored by a sonorous accordion and lifted by amiable vocals. In the song, carpenter Mike drops his tools and heads out "past the city and gated neighborhoods/ and slept 'neath the stars." Calexico put forth the idea from the very beginning that certain conventions and boundaries cannot, or should not, contain a person. That specific idea is questioned on "Across the Wire," a song about two brothers preparing to make an illegal border crossing.

Half the songs on "Feast of Wire" are instrumentals that fall somewhere between an Ennio Morricone spaghetti western soundtrack and the avant-jazz Chicago Underground Duo. The rest are filled with catchy melodies, Latin percussion, and subtle social commentary that comes out in story form -- not soapbox rants. Throughout it all, you can hear the band's affection for both sides of the border.