One death disorders many lives in a charming, understated comedy-drama from the lovely English coast. 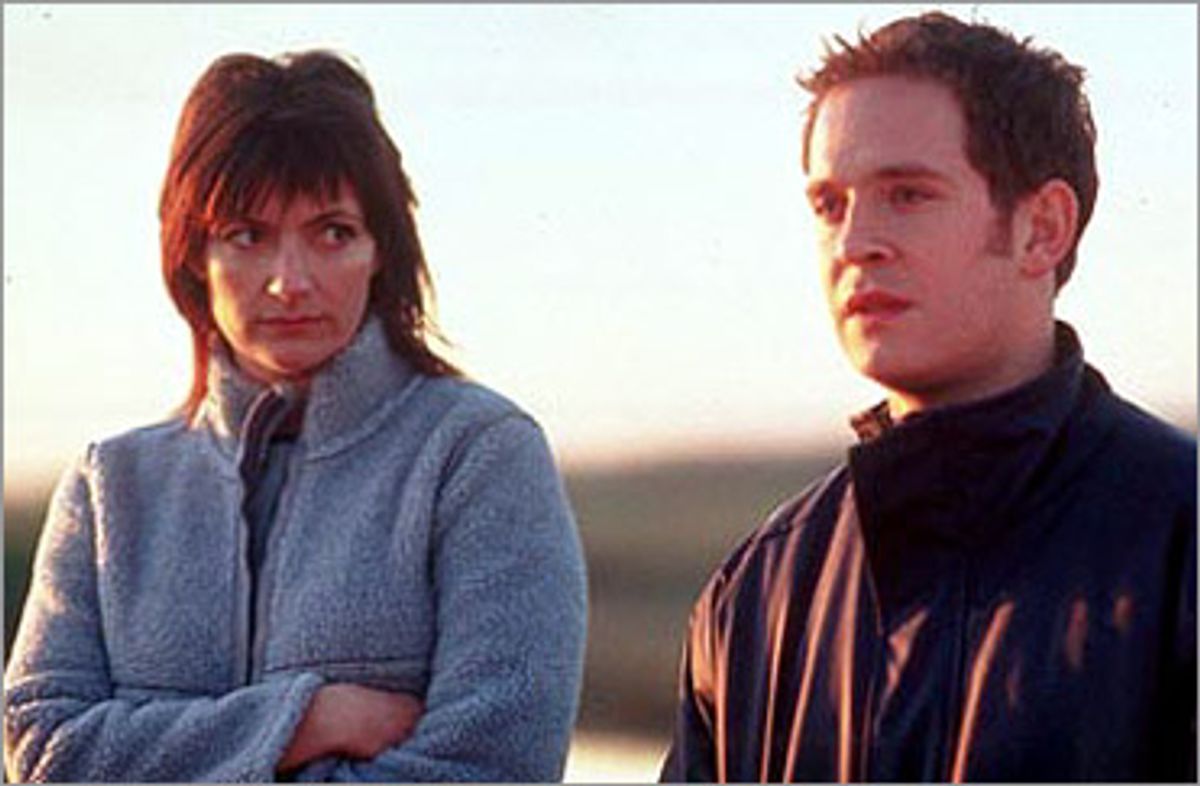 "The Lawless Heart" is one of those smallish English movies that are really bigger and more expansive than they let on. It's a miniature triumph of understatement. A mongrel cross between a comedy and a drama (in an intuitively made movie, as in real life, there's sometimes very little difference), "The Lawless Heart" doesn't spell out the faults, foibles and sterling qualities of its characters but instead lets us discover them for ourselves. Just when we think we have a character nailed down, we learn something new that changes our perspective just slightly. Written and directed by the team of Tom Hunsinger and Neil Hunter (whose previous feature was the 1996 ensemble comedy "Boyfriends"), this modest but prismatic picture throws light off its various contours and angles -- the kind of movie that, stateside at least, could easily slip through the art-house cracks, but shouldn't.

"The Lawless Heart" opens with the funeral of Stuart, a restaurateur in a small town in Essex, near the coast east of London. He has left behind his bereaved partner (in both the personal and the business sense) Nick (Tom Hollander); a sensible, well-meaning sister, Judy (Ellie Haddington) and her vaguely discontented husband, Dan (Bill Nighy); and a close friend and cousin, Tim (Douglas Henshall), a highly unreliable sort who has just reappeared in town after a freewheeling, money-draining, eight-year adventure. The story is told from shifting points of view: At the funeral, Dan meets the dishy Corrine (Clémentine Célarié), a local florist who, being French, sees nothing wrong in flirting gently with him. He's in a muddle because although of course he's attracted to her, he also feels a sturdy loyalty to wife Judy.

The first section of the movie follows Dan's shambling, embarrassed attempts to avoid Corinne around town -- he turns about 12 shades of crimson when, spotting him in the grocery store, she advises him on which type of laundry detergent to buy -- as a way of cluing us in to the everyday loneliness of his character. It's the kind of loneliness that can be lived with, serviceably, year in and year out, and often is. Nighy plays Dan with a deceptively light touch, but if you scratch deeper, the performance has a kind of muttering, absent-minded intensity, as if he was trying to locate some essential part of himself while pretending merely to search for his house key.

Dan's conflict is never exactly resolved, and it sets the haphazard pattern for the rest of "The Lawless Heart": Nothing in life can ever really be resolved, but it sure can be explored. Tim saunters back into town and, after moving into Nick's forlorn, now half-empty house, promptly throws a wild, destructive party there. We don't learn until much later his reason for being so rude and thoughtless. And while it doesn't excuse his behavior, it at least opens a bigger window into his character -- part of the movie's recurring motif is the way essentially good people do weird things for understandable reasons.

Nick is hit hardest by Stuart's death, at least partly because it looks as if Judy and Dan, the executors of Stuart's estate, are going to keep the money that should rightly go to him. Hollander, a perceptive and deeply likable actor, plays Nick's grief as a kind of listlessness, and it's wholly believable. When his friendship with a ditsy but surprisingly grounded young woman named Charlie (Sukie Smith) takes a weird turn, you see the mistake he's making. But you also understand that he has no choice but to make it.

Virtually nothing at all is wrapped up in "The Lawless Heart," which is probably why it feels so satisfyingly whole by the end. You know who the characters are, you have some slight sense of where they're going, and you feel both content and a little sad to see them on their way. There's something both desolate and pretty about the way cinematographer Sean Bobbitt shoots their surroundings, a mix of shivery-lonely coastlines and storefronts that look as if they've been recently renovated to be quaint and lived-in, ramshackle farmhouses. These aren't exactly the kind of environs you'd rush to leave, and yet what's holding you there might not be immediately clear, either.

This movie isn't called "The Lawless Heart" for nothing. Instead of leaving us cozily wrapped up, it suggests that ambiguity and restlessness are sometimes, weirdly, the chief components of happiness. I saw "The Lawless Heart" with a New York audience, and a couple waiting in line behind me were chatting about the movie they were about to see. "I hope it's not one of those English social things we can't understand," one said to the other. "The Lawless Heart," considering it takes place in another culture and all, probably does contain a few "social things" that might not be second nature to Americans. But you don't have to be English to understand it. Though, admittedly, it helps to be human.