The career provocateur says an Iraq attack could provoke Saddam to use nuclear weapons and trigger more terror -- but won't say whether he's for or against the war. 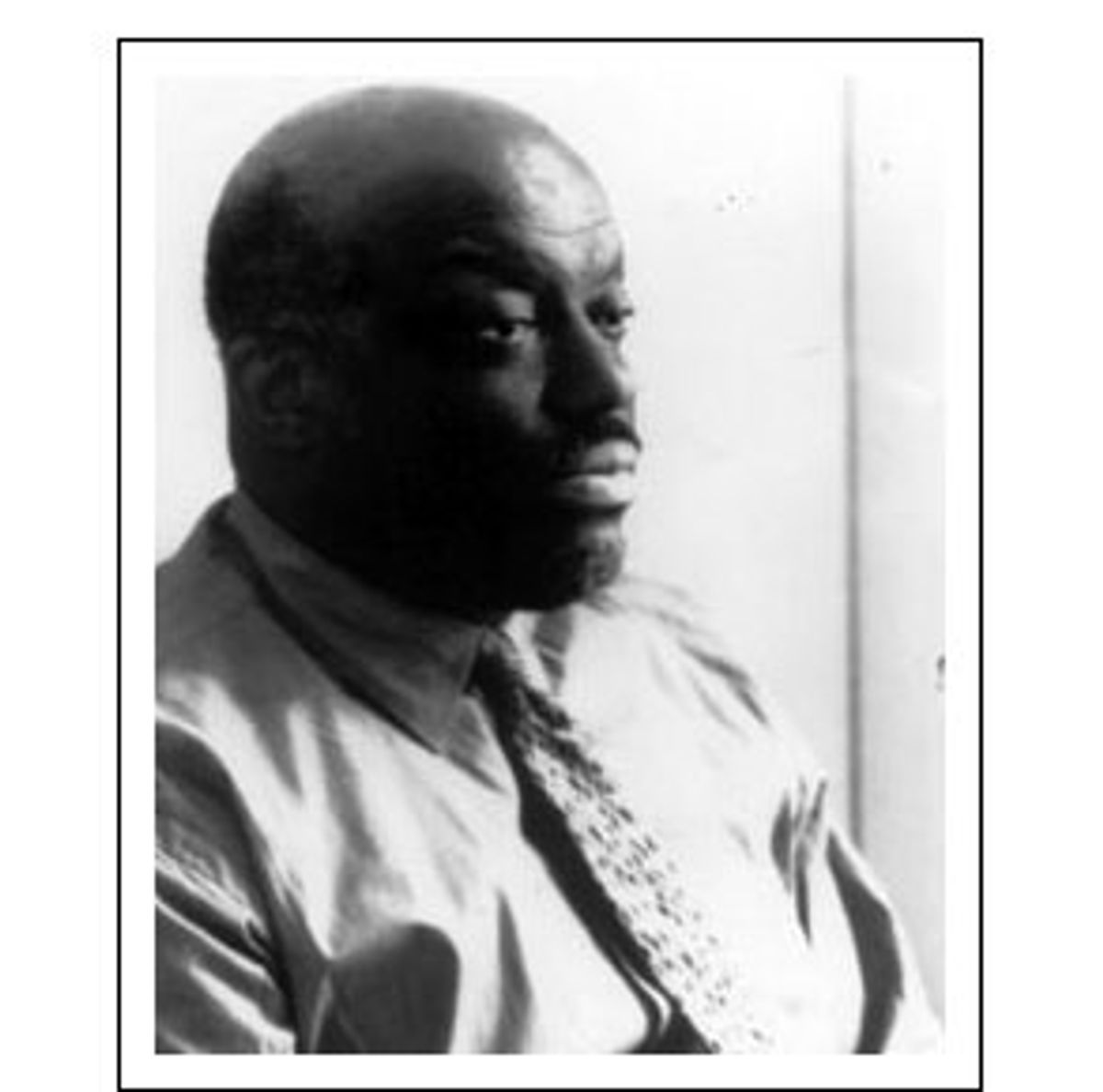 In two decades as a columnist and critic for the Village Voice, New York Daily News, the New Republic and (briefly) Salon, Stanley Crouch has roasted nearly every sacred cow of political correctness -- but his specialty is skewering simple-minded racial politics. He's called Afrocentrism "another simple-minded hustle" and says Pan-Africanism is "tantamount to light insanity." Rap, he proclaims, is "'The Birth of a Nation' with a backbeat."

Although he bristles at being labeled conservative, his idiosyncratic politics fall several yards to the right of the black nationalism he embraced in his youth in California. Raised in L.A., he taught theater at nearby Pomona College at the zenith of student activism before rejecting black separatism as narrow and nihilistic and trading it in for the more inclusive New York jazz scene of the mid-1970s. Democracy is a jazz band, he once wrote, the fusion and interplay of individual identity and community. Along with Ralph Ellison and Albert Murray, he's introduced maverick -- and always controversial -- ways of thinking about race, culture and politics to an American audience that likes its ideas about such topics simple.

On the issue of a U.S. invasion of Iraq, he remains the provocateur. He resists efforts to characterize him as pro- or antiwar as simplistic, "one of those dumb fucking things people do, 'Yeah, I think we should go to war because..." He predicts Saddam could use nuclear weapons, compares the Iraqi dictator to Eminem, and describes antiwar protesters who believe oil is the motive for war as having "overdosed on simpleminded Marxist analysis." "That's the kind of comic book world most academics live in," he said.

What's your position on the likely war with Iraq?

I don't think that if we go to war we're going to be fighting about what [the Bush administration] is talking about. See, I think it's highly possible that Saddam Hussein has purchased nuclear weapons on the international black market that are going to be almost impossible to find. A number of them have been missing from the Russian arsenal for a while.

But one thing we can be sure of is that everybody in the Middle East wants [Saddam] out of there. Whether or not they're saying that into the microphone, or whether or not their U.N. representatives are saying that, behind closed doors they want him out. Because they know that if he can get strong enough, the first thing he'll do is annex Kuwait. Then he'll annex Iran. Then he'll take Saudi Arabia. That's the kind of person he is, and they all know that. Regardless of those kids in the streets who regard him as something like a rock star, regardless of what they think, the leaders of those countries know what the hell he is.

The rest of the Middle East wants us to invade Iraq?

Oh, but you can't say that!

Look, let's not be naive. Those countries aren't like the U.S. If you give the impression as a leader there that you're supportive of something in the U.S., you're redefined as a bootlicking servant of the United States. That's the way that's been for years. I'm just talking about the way that is, not the way people who work at newspapers want it to be. Everybody wants to act like every place in the world is like the U.S. -- they're not!

What do you think will happen if U.S. troops kill Saddam?

I think there will be dancing in the streets, personally.

I didn't say I thought we should go to war. Look, I'm not going into one of those dumb fucking things that people do: "Yeah, I think we should go to war because..." Don't put me in that! Or you can just not put me in your article! I'm not saying we should or shouldn't. I'm telling you what I think is going on. That's all I'm saying.

I don't know if there's another way to do it. Believe me, they've been trying to get somebody to blow his brains out for as long as they could. They just haven't been able to do it.

I mean look, everyone in the Middle East wants him down, because he's a threat to all of them. But what I'm saying is, it's like you and me becoming the president of Epic Records and saying we don't like Eminem. The people on the board would say, "Are you out of your mind? Eminem sold 10 million records -- are you crazy?" And we'd have to get up and say, "Actually we both had migraines that day. Actually we think Eminem is the serious voice of the youth and blah blah blah."

Excuse my four-letter words. Even though you're a reporter you're still a woman.

Don't worry, I've heard them before. Let me ask you a different question ... A lot of American antiwar protesters think this war is just about oil. How much do you think oil really comes into play?

Well, I think many people in the United States have overdosed on simple-minded Marxist analysis. Oil is a piece of what the story is, but it's not the whole story. That's the kind of comic book world most academics live in. They think that Bush would actually go through all of this just for some of his buddies in Texas with oil interests! That's their fantasy, that 10 people sit in a smoke-filled room -- like that moment in "Godfather II," where all the companies sit around the table -- they actually think that's how the world works! That's childish.

I don't mean, by any means, that through lobbying and whatever form of corruption is available that corporations have not done the best they could for themselves. But I don't know that any president is going to run a risk this big just for some buddies who have oil interests.

OK. Another conspiracy theory has it that the true U.S. motive for war is simply to protect Israel. What do you think of that?

Look, I found out once upon a time that some of those people in the Middle East who were opposed publicly to Bush I invading Iraq -- behind closed doors they told him they didn't care if he nuked Saddam. Did they actually say that? Yes, they did. I think they'd rather have Israel there than him.

Because I don't think they feel Israel's going to try to expand itself in the way that he might. This guy is a conqueror. He's an old-timer. Believe me, if he could start talking about "Greater Iraq" -- which would mean including Iran and Kuwait, Saudi Arabia -- he would. If he thought he could get away with it. When Clinton pulled the troops out of Mogadishu, after a few Marines got killed, Saddam's next move was to put tanks along the border of Kuwait, as if to say, "Let me see if [Clinton] is like the last guy. If he's a punk, then I'll just get ready to move back into Kuwait." Because that's the kind of guy he is, and everybody knows it. They really fear him.

As much as they want to talk about sovereignty and the Iraqi people -- first thing, there are no Iraqi people. When you're dealing with a dictator, there are no people -- there's only him, you know what I mean? People talk about "Let's hear from the Iraqis." Nobody's asking them what they think. That's like saying, when Hitler was in power, "Let's see what the German people think." Their opinion wasn't important. Or with this clown in North Korea, "Let's see what the Korean in the street thinks." They're not going to say anything in opposition to the leader. They'll say, "We need to be respected. Why should North Korea have to do blah blah blah."

I don't know how this is going to play out. It's doubtful with that kind of troop buildup that all those troops are going to be turned around and brought back to the U.S. The domestic risks are enormous, but we don't have an international risk -- invading Iraq is no risk at all on that front. That is to say, OK, so they use chemical weapons. When you go into the military, you know that whatever the opposition has, that's what they're going to use if you fight them. You never go into a war saying, "Well, now, we can kill you with this but you can't kill us with that." That's not how that works. The coin of war is blood.

I'm more concerned about people who we've allowed into this country whose interests are not American interests. If we have 100 of them in the U.S., that's a hell of a lot of people.

Do you think there will be more terrorist attacks on the U.S.?

That's what the people in law enforcement think. They think that if we go to war with Iraq we'll have to deal with terrorist acts just like we had to deal with them in America from the Japanese and the Germans during World War II. I live in New York. This is a serious thing. Any society like ours is extraordinarily vulnerable to terrorist actions. I mean, terrorists know that.

And you have these various buffoons, like the guy at the New York Review of Books published shortly after September 11, who laid out a terrorist game plan that they could use. "You could blow up these kinds of ships and do this and blah blah." How could you publish something that stupid? I don't buy the fact that these clowns run around and say, "Well, they would have thought of that already." I don't buy that! First thing, I've known too many criminals. Criminals are not as smart as you think they are. If you said, I'm going to write a book called "How to Be a Successful Rapist," you might put in 10 ways of raping women that the average rapist has never thought about.

So I think we've got all of those different elements we've got to worry about.

As far as the opinion of Europe, I have no interest in what they think any kind of way. None. Because they never step up. Ask the people in Poland and Austria what you can expect of them. I mean, Adolf made very clear what he was, long before 1940. He gave them plenty of chances to stop him, but he knew what they were. And theyre still that. They did sit on their hands after that term "ethnic cleansing" started circulating out of Serbia.

Anti-Americanism? Oh, who cares. So they dont like us this time. The point of the matter is, if it weren't for us they'd be speaking German. That's just how it is. When it comes time to pay that ultimate cost, which is blood, they dont like to do that. They fooled every Bosnian. They don't like to do it.

Nobody can argue the amount of great philosophers and writers and painters and so on [Europeans have] produced, the great contribution they've made to the world. But when it gets down to politics? They can go jump in a lake as far as I'm concerned. I don't care what any of them think.