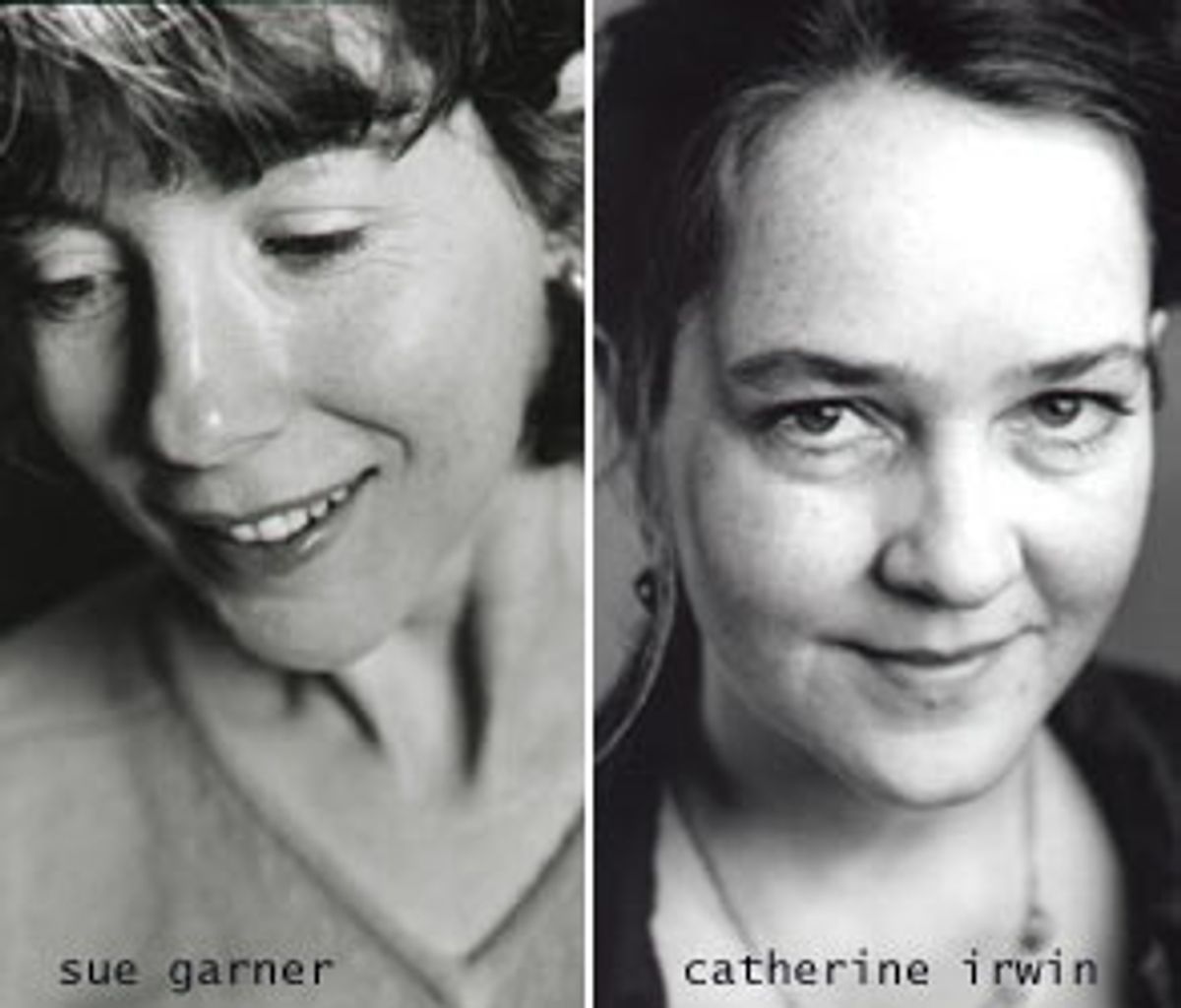 Catherine Irwin, best known as half of the Chicago-based country revivalists Freakwater, cautiously steps out on her own on "Cut Yourself a Switch." On Freakwater's five albums, Irwin's somber ballads have alternated nicely with co-songwriter Janet Bean's brisker fare. Without Bean to lighten the mood here, the songs on "Cut Yourself" run the risk of blurring into an undifferentiated gloom. Luckily, Irwin's rich, Southern voice and smart songwriting cut through the darkness.

"Needle in a Haystack" addresses a scorched-earth relationship with a well-turned metaphor: "Needle in a haystack, burn the damn thing down," Irwin sings over a gentle fiddle. "You'll find your precious needle laying right there on the ground." And a rousing rendition of Johnny Paycheck's hootenanny classic "The Only Hell My Momma Ever Raised" provides the album's lightest, funniest note.

Where "Cut Yourself a Switch" is a true solo move, Sue Garner's third album, "Shadyside," is a collaborative effort in all but name. The longtime bassist and singer for Run On and the Shams assembled a crack team of fellow artists from guitarists Marc Ribot and James McNew (Yo La Tengo) to producer Jim O'Rourke.

Garner's hushed voice rarely leaps out of the mix on "Shadyside"; instead, she settles back into the comforting instrumental wash, and the result is an intimate album, imbued with camaraderie. Husband Rick Brown's drumming adds some kick to "Day Out" and "Handful of Grapes," but the centerpiece of the album is a languid four-song suite co-written with poet Fay Hart. Atmospheric and almost silent at times, these songs draw you in closer and closer to Garner's and Fay's gentle storytelling. As kalimba, bass clarinet, and drum loops throb in the background, Garner rarely raises her voice above a murmur, but her songs reward those who listen carefully.

Catherine Irwin's "Cut Yourself a Switch" and Sue Garner's "Shadyside" are out now on Thrill Jockey.