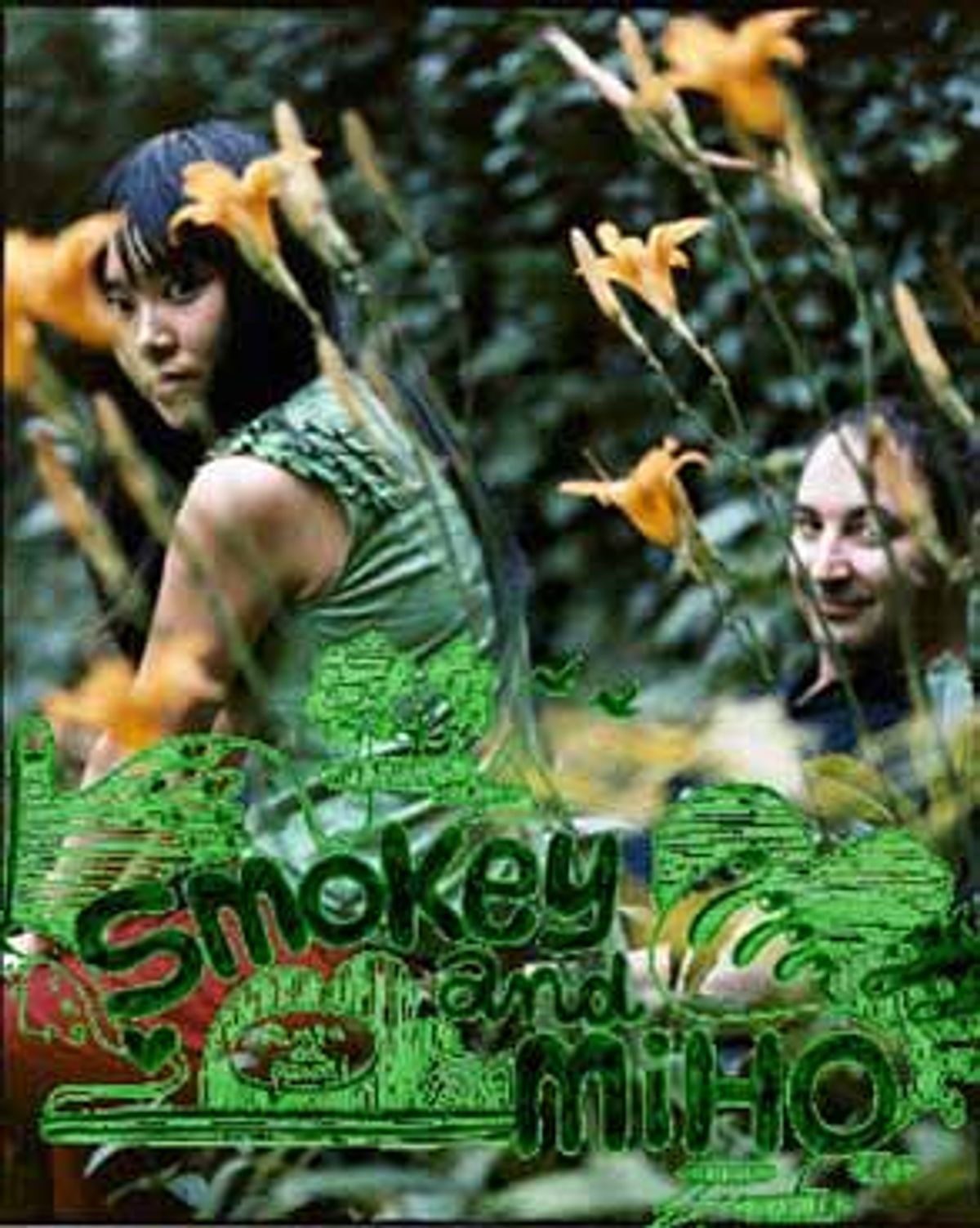 "Tempo de Amor" is a tribute to the great songwriting team of Baden Powell and Vinicius de Moraes, Brazil's answer to Burt Bacharach and Hal David. Smokey & Miho are Smokey Hormel, best known as Beck's guitarist, and Miho Hatori, one half of the quirky art-pop duo Cibo Matto. Given the determined experimentalism of those acts, it comes as something of a surprise that Smokey & Miho actually play it straight together, leaving intact Powell's Afro-samba sound, a blend of bossa nova and Afro-Cuban rhythms.

Songs are the real focus here. Powell's melodies are not as catchy as Antonio Carlo Jobim's, nor as tender as Joao Gilberto's, but they have a strange power all their own, filled with elliptical phrases that tend to double back on themselves in unexpected ways. The disc's highlight is the hypnotic "Consolacao," with Hatori's voice intertwining nicely with a repetitive, slinky guitar part.