Days of wine and razzes

A would-be boycott of French vintners is not likely to change drinking habits in the red or blue states. 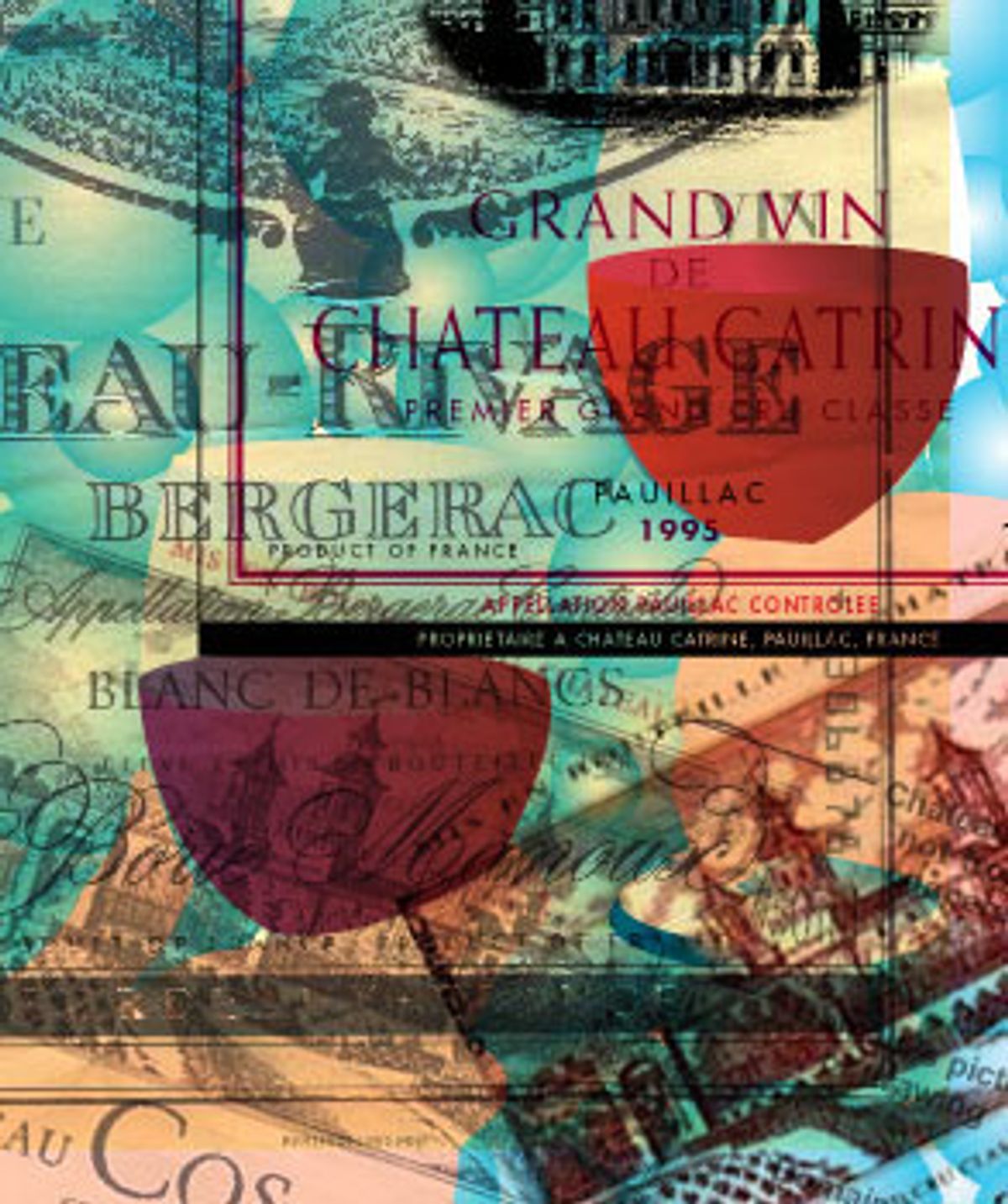 In recent weeks, right-wingers furious at the villainous French have injected a new bit of disinformation into the American media: the notion that a nation of outraged patriots is spontaneously boycotting Beaujolais and Bordeaux. On March 7, Lou Dobbs announced on CNN, "[A]s the French whine about America's Iraq policy, American protesters bid adieu to French wine." And on March 10 Bill O'Reilly blustered forth, declaring: "France has now hurt the USA, and for many of us, payback time has arrived." Several days later, the New York Post reported, "Americans have begun saying 'non' to France with their wallets." The same issue contained a service feature offering tips on "how to live a Weasel-free life by using products made in America and in countries that support our war on terror."

Many of the television bits were illustrated with images from a March 7 protest featuring whooping young American men dumping French wine, France's biggest agricultural export, into gutters. Young Americans for Freedom, a group of right-wing shock troops, organized the demonstration, but the coverage seemed to imply that it was an impulsive uprising of indignant oenophiles. The administration has done its part to spread this vulgar little meme. On March 13, White House spokesman Ari Fleischer expressed his tacit approval of the boycott, saying, "I think you are seeing the American people speak spontaneously. And that is their right."

Yet, like so much of what passes for conventional wisdom in the debate about Iraq, there's no real basis to suppose that the boycott is having any effect whatsoever on the fortunes of French wine retailers, or French winemakers. Sure, there may be plenty of Americans swearing off Burgundy and Cotes du Rhone. The question is whether most of those stalwart nationalists ever drank French wine to begin with. And the answer seems to be no, which is why few merchants report their sales being affected by the vicissitudes of U.N. diplomacy.

On March 14, USA Today quoted this report from the market research firm ACNielsen: "There are no markets (in the USA) that are down more over the past 13 weeks than they are over the latest 52, so that tells us that it does not appear that people are staying away from French wines any more than they have been for the past year." Wine shops in New York, the country's largest market for French wine, report the same thing: Sales are down generally because of the economy, but there's been no plunge corresponding with the recent Franco-American standoff at the U.N.

"New Yorkers are a blasé group," says Michael Kapon, CEO of Manhattan's Acker Merrill Condit, America's oldest wine store. "If 86th Street was being bombed, someone would walk in and say, 'I'm having three people over for dinner. Do you have a nice Bordeaux?'"

According to Jerome F. Hasenpflug, a partner in the French wine-importing firm New Castle Imports, "It is quite clear that the demographics of those Americans concerned about French political opinion on Iraq, and the demographic of our French-wine consuming customers do not really overlap." After all, French wine consumption is overwhelmingly concentrated in Democratic cities. According to Hasenpflug, the top markets for French vintages are on the East Coast -- in New York, Boston and Washington. After that comes Florida, specifically Orlando and Miami, and then Chicago, Los Angeles and San Francisco. In all those places, Hasenpflug says, "American demand for the recently released 2000 vintage Bordeaux wines, at historically highest-ever prices, approaches a feverish level today."

But, adds Hasenpflug, even if Americans did decide to forgo their Bordeaux, it wouldn't affect the French much. "A boycott of France's finest wines would only lead to their being sold and consumed outside the USA," he says. "Demand is far greater than supply." Wine importers actually fight with each other for their slice of each year's vintage. Switzerland, Belgium, the Netherlands, Britain and Germany all buy more than America does, and if American importers bowed out, there'd be plenty of businessmen eager to take their product.

It may turn out that no one will get hurt, except perhaps those counting on the would-be boycott to inflict their wrath upon countries that dare to defy the United States. While the New York Post touts anecdotal evidence to prove a backlash against French wine -- such as the story of showboating New Jersey restaurateur Anthony Tola, who poured $1,000 worth of the stuff down the toilet -- it's just as easy to find people going out of their way to buy French out of solidarity with France's antiwar stance, or in a consumer-based display of antipathy toward right-wing demagoguery.

"I'm not a big wine drinker, but I'm making a point to buy French wine," says Judy Kashoff, a 53-year-old managerial accountant in Pipersville, Pa. "When I go to someone's house, and I can bring flowers or candy or wine, I bring French wine, because I've heard that people are boycotting it, and as someone who thinks France has taken a strong, courageous stand, I want to support them."

Kashoff's friends are doing the same. "I was at a luncheon yesterday, and everyone who brought wine brought French wine," she says.

In Chicago, Ed Marszewski, a 34-year-old artist and festival producer, has organized such Francophiliac sentiment into what must be among the most indulgent antiwar events in the history of mankind. His first "Spread the Cheese" party on March 5 drew about 100 people to a Chicago gallery to watch a film about the Marquis de Sade, eat quiche and drink "cases and cases" of French wine. Some people wore berets. He's throwing another party at the end of the month celebrating la résistance.

In the end, of course, such small gourmet gestures mean next to nothing economically or politically. Yet they allow people who feel helpless and hopeless as their country lumbers toward war to laugh a little and commiserate about the xenophobic lunacy they say the anti-French boycott represents. "It provides some sort of entry point for a conversation about the ridiculousness of the Bush administration and the right-wing weirdos who promote these kind of activities, instead of getting bogged down in the seriousness and sadness of what these guys are doing," Marszewski says.

Indeed, a nice Champagne may make a pitiful talisman against encroaching barbarity, but as America goes mad, who doesn't need a drink?