A kooky, madcap adventure set in Barcelona devolves into a sort of sub-sub-Almodovar picture. Stay for the opening credits, then leave. 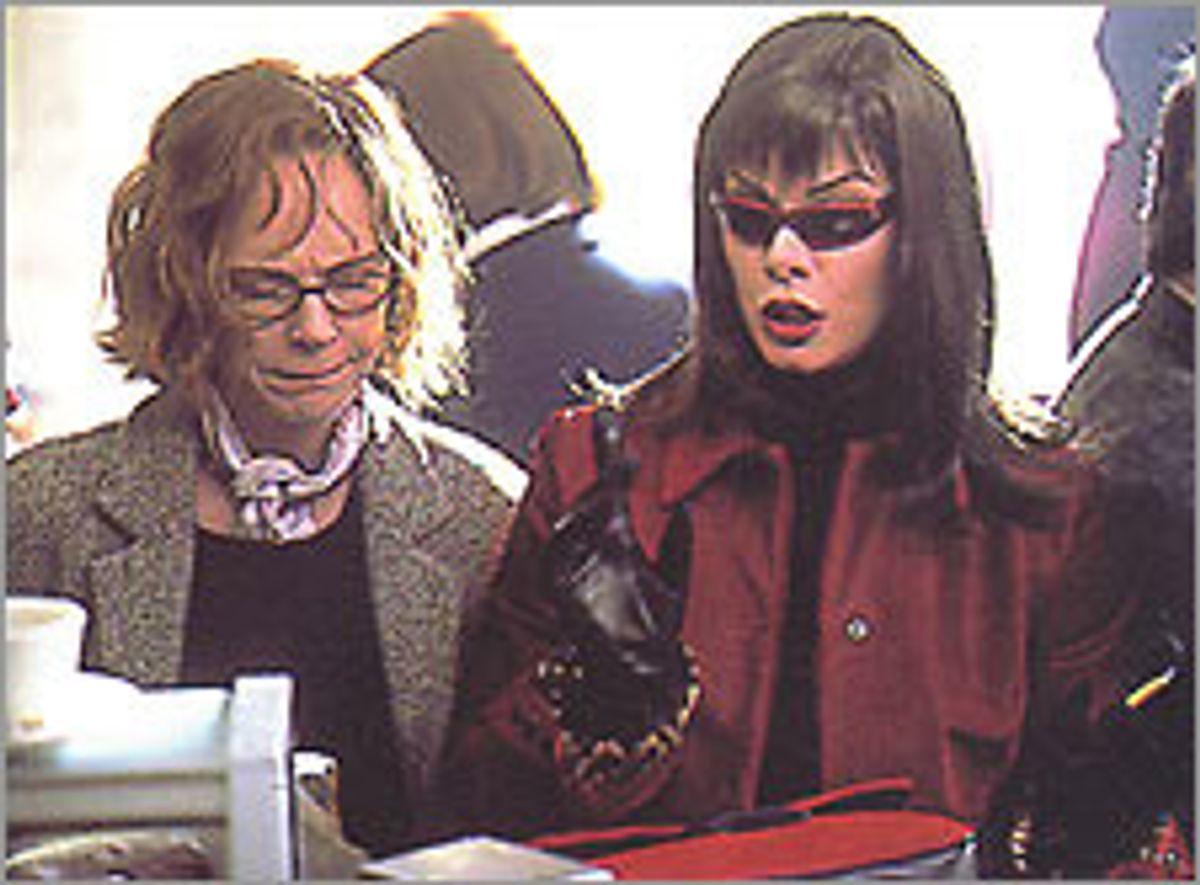 If there were a way to waive the ticket fee for audiences who just wanted to see the marvelous art nouveau-style title sequence for Susan Seidelman's "Gaudí Afternoon," I'd urge everyone to run, don't walk. Those opening credits, designed by Juan Gatti, are the best thing in the movie, a fluidly animated shifting mosaic of assorted flora and fauna in soft, vibrant colors. Gatti's use of standard art nouveau motifs -- dragonflies, irises, tendril-like vines -- are a miniature homage to the fantastical buildings of Antoni Gaudí, the renowned Spanish architect referenced in the movie's title.

Enjoy that credit sequence, because aside from a few shots of some of Gaudí's most famous buildings -- including the apartment complex La Pedrera and Parc Güell -- that's all the elegance and grace you're going to get out of "Gaudí Afternoon." Seidelman, working from a screenplay by James Myhre (itself an adaptation of Barbara Wilson's mystery novel), takes great pains to forge a story about unconventional family units, about growing older and wiser, about making peace with one's past. You can practically hear the wheels creaking in every frame.

Cassandra (Judy Davis) is a solitary, cranky, intense American expat living in Barcelona and eking out a living as a translator. Then a mysterious stranger enters her life. Frankie (Marcia Gay Harden) clicketyclacks onto the scene, wearing lots of pancake makeup, gloves she never removes and very large and very cheap high heels; she also speaks in a deep voice that's doing its damnedest to sound feminine. Draw your own conclusions. (When in doubt, you can't go wrong by using a terrific actress like Marcia Gay Harden to play a gimmick; it's a testament to Harden that she makes Frankie seem as real and as vivid as she does.) The mysterious Frankie approaches Cassandra with a translating job that seems more like a detective's gig, and although Cassandra is initially wary, she signs on because she needs the money.

What follows is a kooky madcap adventure with a somber overlay of meaningfulness -- a kind of sub-sub-Pedro Almodóvar picture made with about half as much love and 90 percent less humor. (The movie's production designer, Anxtón Gómez, has also worked on several Almodóvar pictures.) As "Gaudí Afternoon" grinds on, we meet Ben (Lili Taylor, in a tiresomely overworked performance), a tough gal in butch clothes and the movie's symbolic butch-lesbian type. She has somehow hooked up with April (Juliette Lewis), a hippie-dippie vodka-and-carrot-juice drinker who's supposed to be alluring, but whose annoying qualities tinkle around her, gently but insistently, like little bells sewn to her clothes. There's a connection between Frankie, Ben and April that both binds them together and threatens to dash them apart.

With this cast of characters, you can imagine how the poignant hilarity piles up, but gently, in "Gaudí Afternoon." Seidelman, whose first big success was the desperately stylish 1985 "Desperately Seeking Susan," has been doing a lot of TV work in recent years. But it doesn't seem to have helped her learn how to shape a story. In "Gaudí Afternoon," we figure out very early on that Cassandra is going to learn some very valuable lessons about love and about family. I have never seen Judy Davis give a bad performance, and "Gaudí Afternoon" is no exception, but the movie around her is so lax and droopy that you get the sense she's merely dutifully paddling her way through it. In an early scene, Davis is hilarious when, after her solitude is interrupted by the noisy, boisterous family who lives in the apartment upstairs, she snaps on the radio, turns it up loud, and grabs her tortoiseshell cat, clutching the poor creature in her lap while furiously stroking its fur in an attempt at a calm, domestic moment.

But the closer Cassandra gets to her big epiphany, the less funny Davis is allowed to be. The air leaks out of "Gaudí Afternoon" gradually but steadily, until all we're left with is a limp rag of a balloon. And while cinematographer Joseph Civit makes the Gaudí buildings look spectacular here, you have to sit through the whole movie just to see them. For that, you're better off spending your time and money to have a look at Hiroshi Teshigahara's spectacular 1984 documentary "Antonio Gaudí," which is available on DVD -- and which actually deserves to bear the name "Gaudí" in the title.