The U.S. could unplug Iraq from the Net with ease. So why hasn't it? 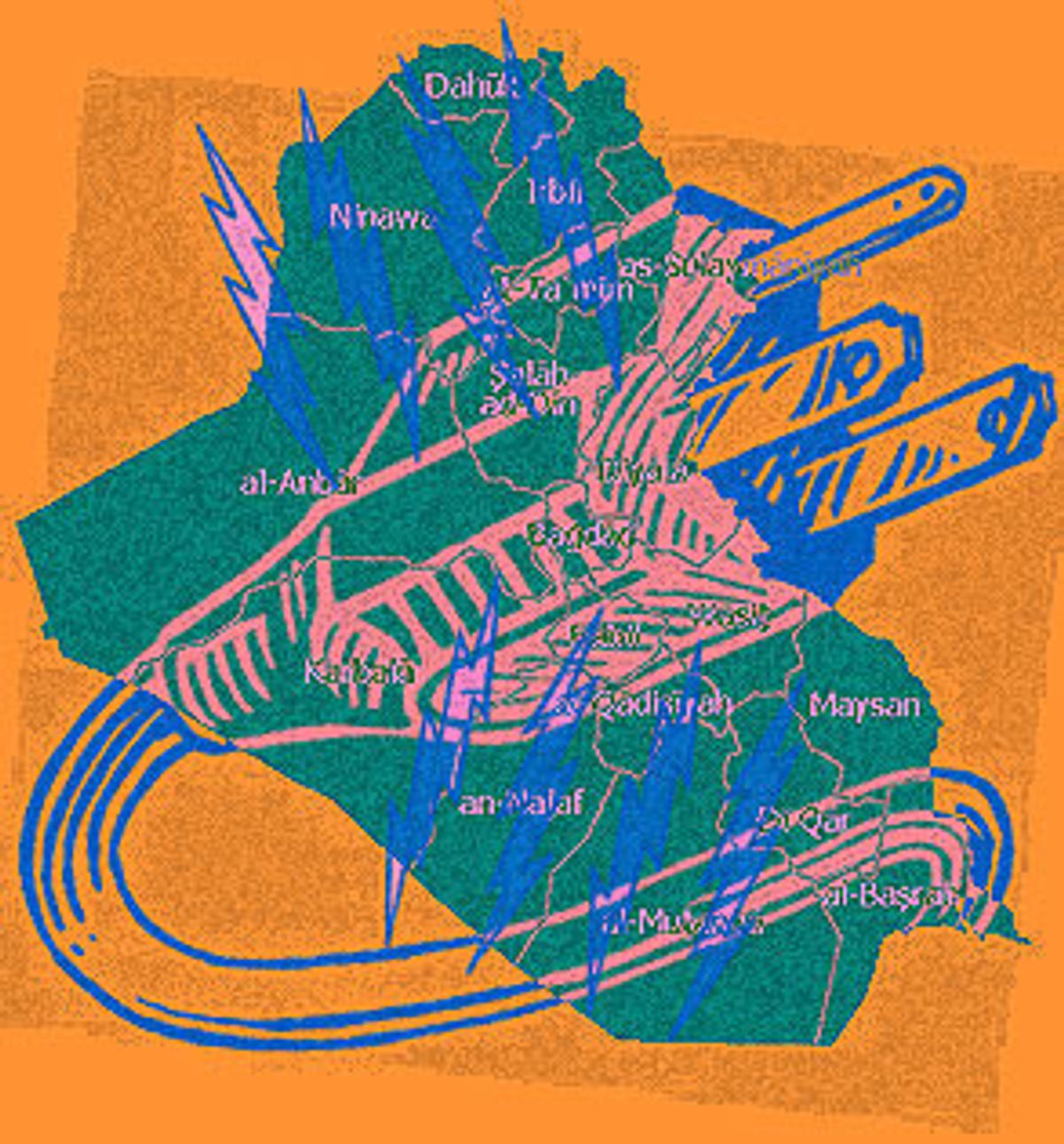 Since the U.S. military moved into the "shock and awe" phase of its campaign early Friday, Web surfers have encountered intermittent problems reaching Uruklink.net, the Iraq government's main Web site.

But those access difficulties are apparently due to a surge of Internet visitors, along with some untimely technical changes, rather than to damage from the bombing or a government shutdown.

In fact, on Thursday, following the start of the U.S.-led attack, traffic to Uruklink.net hit a record. According to a counter at the site's home page, over 14,200 people visited March 20, making it the busiest day at the site since the counter was installed in December. Traffic Friday was down somewhat and will likely tally around 8,000 visits -- still well above the daily average of 4,000.

Uruklink.net currently displays a computer-generated date of March 21, 2003. Atop the home page are prominent links to streaming video versions of last month's interview between Hussein and CBS News anchor Dan Rather.

Similarly, the home page of Iraq's BabilOnline newspaper, operated by Saddam Hussein's son Uday, set a traffic record Thursday. A counter on the site's home page racked up over 1,000 visits, twice its average.

The heavy shelling of Baghdad has apparently not yet affected Iraq's primary e-mail servers, mail.uruklink.net and mail.warkaa.net. Both systems were still responding to network queries late Friday EST. The Web site of Iraq's Satellite TV channel was also still online.

For reasons not apparent, the administrators of Iraq's network changed the Internet protocol (IP) address of Uruklink.net and a couple of the country's other primary Web sites on Thursday.

Meanwhile, one of Iraq's domain name servers -- the systems that route traffic to the appropriate destination -- appears to be offline. As a result, the Iraqi sites' ability to handle the increased traffic is hobbled.

As Salon reported earlier this month, Internet traffic to and from Iraq's Web sites and e-mail systems is carried primarily by satellite links provided by Atlanta International Teleport of Georgia and Satellite Media Services of England.

So why hasn't the U.S. given the signal to those firms to cut Iraq off from the Internet -- or to its missile operators to strike Baghdad network centers?

The Bush administration has stated that the U.S. is not at war with Iraq's citizens, and that the military campaign currently in full swing is designed to remove weapons of mass destruction -- not to mention Saddam Hussein -- from Iraq. Knocking out Internet access for average Iraqis would seem to contradict those goals.

Thus, the Web site of the Iraqi Center for Heart Diseases, for example, is still accessible today, even as U.S. jets fly hundreds of bombing sorties over the country.

Given the relatively crude state of Iraq's Internet resources, the U.S. military may also have determined that Iraq's telephone and fiber optic networks, rather than its Internet links, are the Iraqi government's primary means of communication.

While far-fetched, it's possible the U.S. is also leaving Iraq's e-mail systems intact to provide a conduit for communication with Iraqi military and government leaders willing to turn on Saddam Hussein.

In January, U.S. officials acknowledged sending e-mails to Iraqi officials as part of their prewar "psychological operations." The e-mails reportedly advised Iraqis not to use chemical or biological weapons.

It's not immediately clear, however, whether Iraqis have been able to easily access the Internet since the initial attacks.

Repeated checks of the abbreviated log files for Uruklink.net and BabilOnline.net reveal only a few hits from users of SMS and AIT, the two satellite ISPs that supply Iraq.

It's possible that Iraq's government has imposed some sort of block on Internet use, such as closing its public Internet centers. Or perhaps Iraqis have more important things on their minds, such as the B52 bombers reportedly on their way from the United Kingdom.