This is not America

In increments, we have become a different nation. Will I have to flee my country as my ancestors did theirs? 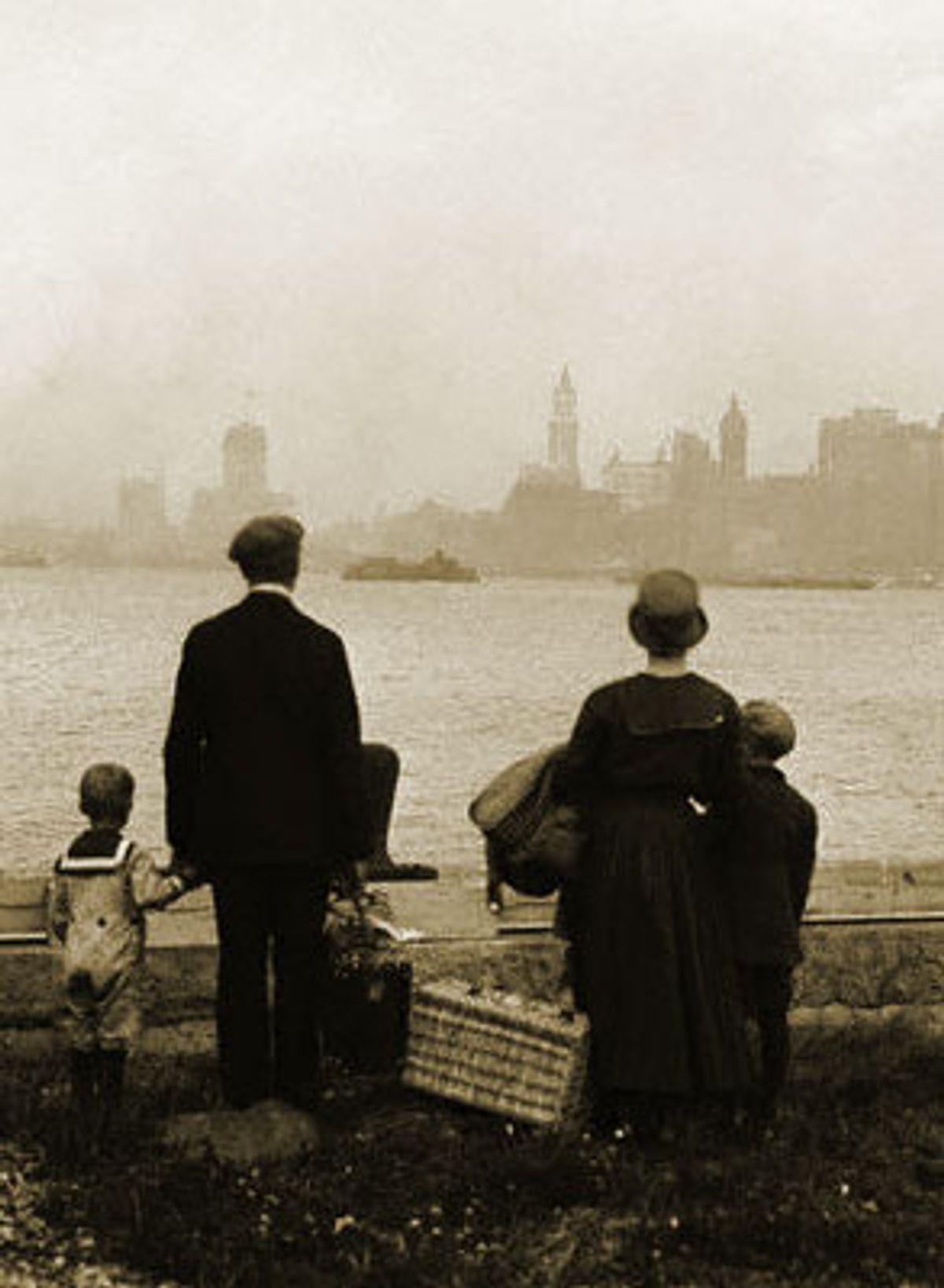 Pranas Ancevicius, my maternal grandfather, was intercepted by the German navy while trying to escape the Baltics for Sweden in 1944. An anti-Stalinist intellectual, Pranas had sensed the impending return of the Red Army to his native Lithuania. Caught between two loathsome regimes, he made his way to Nazi Berlin, where he hid with his family under cover of the right combination of documents.

In British Malaya, Lourdes Gnanadicassamy, my other grandfather, had divined the intentions of the Japanese Imperial Army in 1940. He packed the family off to India 18 months before his country descended into four years of Japanese occupation.

Enough of my ancestors have had to make the fateful decision to flee their homes -- and have done so at just the right moment -- that I have often wondered if I have inherited their uncanny sense of timing.

My life is comfortable -- like many of my forebears were, I am a happily married homeowner, a contributing member of civil society. I have suffered somewhat during this economic malaise, but there is food on the table, the occasional vacation, and talk of having a baby. My personal experience of life has been one of security and happiness, but for the first time my genes are getting nervous. As I examine the family histories and read each day's darkening headlines, I find that the question is no longer so abstract, or so leisurely: If it came right down to it, would I know when to go?

By the time my grandmother's family left Siberia, where they had been homesteading when she was born, the Bolshevik revolution was in full swing. Secret denouncements, property seizures, and disappearances were the order of the day. Surely if it came to that, I'd have been packing my bags too, right? Yet under the PATRIOT Act and sundry new regulations, secret military incarcerations, politically directed police forces, and whispers of torture have become daily news in our country. And here I still am, making mortgage payments, buying organic vegetables, listening to Wilco CDs. My great-aunt Anele Tamulevicius, whose husband was "disappeared" in Soviet-occupied Lithuania the day after their wedding, believed to her dying day that the violent vanities of the Old World should never infect the New. It may be too late for that wish.

Stasys Tamulevicius, my great-uncle, perhaps lacked the gene for political timing. A fatalist, he stayed on in Lithuania through the darkness of Soviet rule. In his day, the authorities kept a file on everyone -- following not just their political activities but also the most banal details of one's life, whatever they could get from neighbors or co-workers. It's hard not to think of him when I read about the Office of Information Awareness and its plan for a centralized database that would make a dragnet through all Americans as easy as a Google search. This kind of technology is already being used to screen passengers on Delta Airlines, which, in cooperation with the new Transportation Security Agency, checks passenger credit records and other seemingly irrelevant data prior to letting them fly.

And airlines aren't the only ones eager to facilitate the awareness of information. Recently, eBay's director of "law enforcement and compliance" announced that the company would turn over any of its volumes of information about users -- what they might have bought, or even just looked at -- to government agents without waiting for a subpoena. When the pretense of privacy evaporates, is it time to start pricing (offline) one-way tickets to New Zealand? Could be, but I haven't done it.

Of course, I know that I'm not the primary target of these new regulations. I'm not the one they're looking for. But then again, neither are a lot of other people who have suffered as a result of them -- or as a result of the paranoia that they seem to instill in ordinary citizens. It seems darkly comical when a man is arrested for wearing a "Give Peace a Chance" T-shirt. But it's horrifying when a crowd at a Chicago nightclub is so on edge that they kill 21 people while fleeing what they thought was a terror attack. Is this just our own version of the kind of malignancy that led to my great-uncle Vaclavas' death in 1943? He had constructed a clever escape tunnel beneath his house, but when the time came to use it, he found the exit had been blocked by a jealous neighbor. His body was found in a well a few days later. This is where the escalation of fear leads, and I wonder how far we have already gone down that murky path. Have my economy-class seatmates ever glanced at my dark complexion and silently considered how they might wield a plastic spoon against me to thwart my evil intentions? (I confess I've wondered how I might do the same to them.) Has anyone noticed the stream of leftist fundraising appeals that comes into my mailbox? In what files do essays like this get placed?

In increments we have become a different nation. Each step ruffles our feathers just a bit, but the ruckus dies down quickly and we are on our way to the next. Life goes on, and we find ourselves living in a different country without ever having moved.

My ancestors rarely made their break before disaster was imminent. Each time they escaped at the very last moment, leaving less fortunate -- or less prescient -- relatives and friends to their various fates. My grandmother left Lithuania only after Vaclavas' death. The family didn't leave Berlin until the bombing became ceaseless. Even Lourdes Gnanadicassamy's prescience failed him: he got the family out, but he himself was trapped by the Japanese occupation.

In a nation of immigrants, we all have ancestors who decided it was time to go. Around the world, people make the decision every day, packing a few belongings onto a cart and walking away from the action, as is happening now in Kurdistan and Baghdad. What happens when it's our turn? Much has changed already; how much more will have to change before it becomes time for me to sell the house? Sew gold coins into the hem of my jacket as I gather the loved ones around me one last time? It's not here yet, but is the hour approaching when, once again, we might decide to bid farewell to yet another homeland?

For each of us, the point of no return is at a different place -- the subtle moment beyond which you are the one they're looking for. For the hundreds of Pakistanis seeking asylum at the Canadian border, that point has passed. For the desperate mobs jamming the Kuwait City airport, the moment is upon them. For me, it remains just a possibility.

Gregory Dicum lives in San Francisco, where he really wants to stay.