More than three-quarters of Iraqis belong to tribes. Some of them have been paid off or threatened into backing Saddam -- but their real allegiance is to themselves. 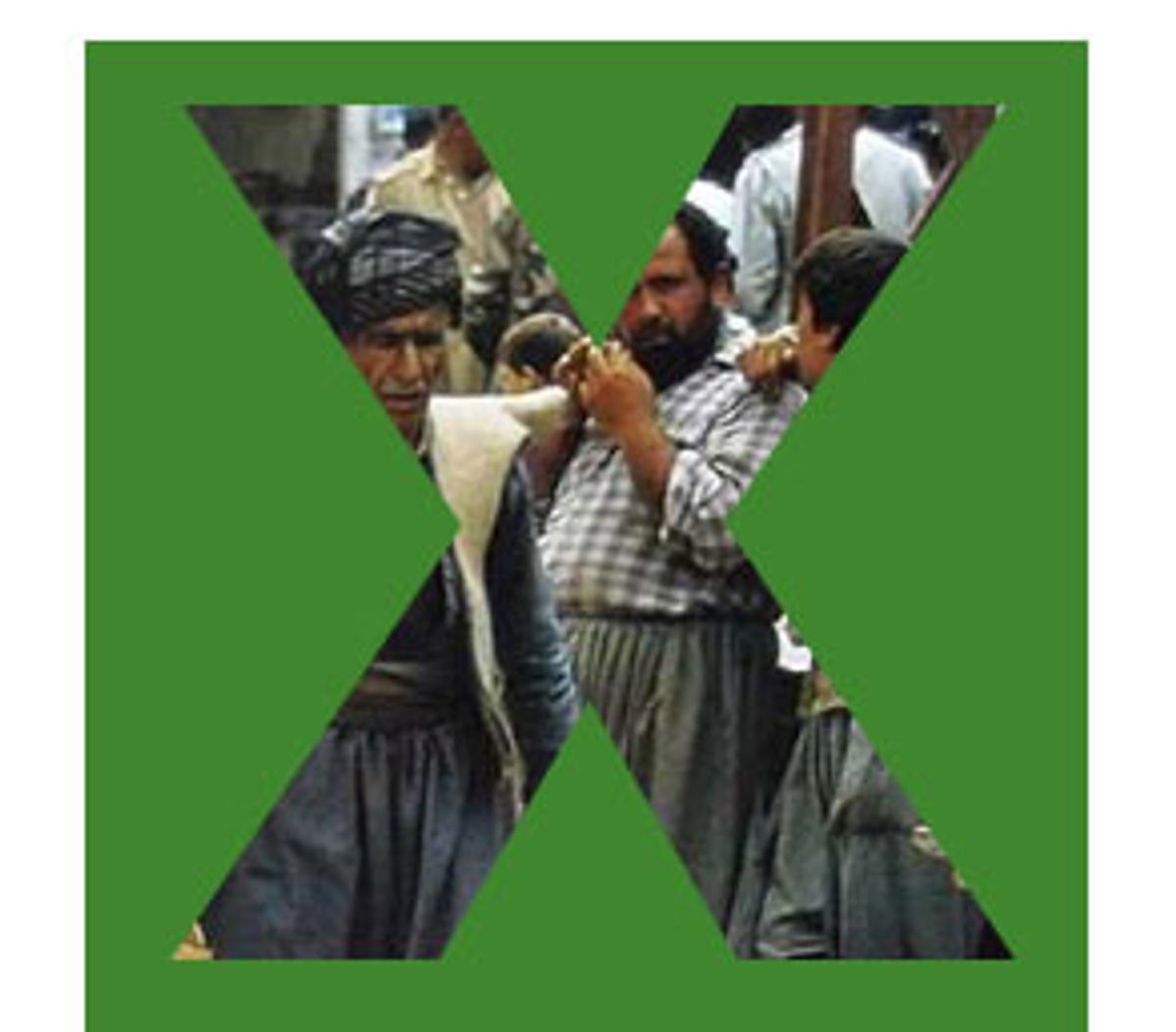 Shortly before the outbreak of the war in Iraq, half a dozen or so stubble-faced, gun-toting young men in civilian clothes were standing guard outside the sheik's villa in a quiet residential area of the northern Iraqi town of Mosul. "My brothers from the Baath party," explained Sheik Ahmed Muheddin, who claims the leadership of the Kurdish Zangena tribe. The war had not started yet, but members of Saddam Hussein's party and its supporters, like the sheik's tribe, were getting increasingly jittery. They knew full well that if the regime lost power, they might lose their lives.

The regime has used a carrot-and-stick approach to control local tribesmen, particularly in the north and south -- respectively, Kurds and Shiites -- alternately threatening and bribing their leaders into submission. The bitter hatreds and lust for revenge to which this policy gave rise were revealed in the 1991 post-Gulf War rebellions, when in both regions Baath-party activists and their sympathizers were slaughtered. Sheik Ahmed Muheddin actually served as a deputy in Iraq's parliament and was high on the list of enemies of the Kurdish rebels: In 1991 he wisely left his home in the northern town of Agrah and fled to government-held Mosul, taking several thousand Zangena with him. He clearly doesn't cherish the prospect of his place of refuge being taken over by Kurdish or even American forces.

Although it is difficult to be certain, the stiff resistance that U.S. and British troops have encountered in southern Iraq seems to be mainly the work of hard-core Baath-party faithful, not tribes. Iraq's vice president, Taha Yassin Ramadan, said on Tuesday that "tribal militants" were destroying "enemy tanks" along the Euphrates, but such claims cannot be verified. There are pragmatic reasons the militants are more likely to be Baathist than tribal, however. Although they are nationalistic, many tribal leaders are ultimately more concerned with the interests of their own tribes, not Saddam's regime. Adept at evading outright conflict, they can bring their tribes back over to what they think will be the winning side, which buys them a certain amount of immunity.

The Guardian, a British daily, reported last year that the CIA was spending millions on wooing the Iraqi tribes, just as it had in Afghanistan. This points up the important role the tribes play in Iraq -- although their wartime role will probably be less significant than the one they will play in the war's aftermath, when law and order has to be maintained and a new government structure created.

While the Baathist cadres have very few places to flee to, the tribes have more options. Just last week, another important Kurdish tribal leader in Mosul, Jowad Herki, switched his allegiance back to his northern brethren and escaped to Dohuk in the Kurdish-controlled area. The Kurdish Democratic Party confirmed that a deal had been made. Herki's explanation of his collaboration with the regime was simple and even somewhat credible. "We had no other choice. If we hadn't cooperated, my people would have been persecuted or executed, or have had their villages burned down." But many tribal leaders, whether Kurdish, Sunni or Shi'a, were also wooed by Saddam Hussein and offered favors, jobs, money or sometimes cars.

Some three-quarters of Iraq's 23 million people are said to have ties to a tribe, and these links have only grown stronger in recent years. In the dismal Iraqi economic reality, often the only way to acquire a job other than through the ruling Baath party is with the help of the tribe. The family and clan connections are the only thing that many people feel they can count on, as other structures become more corrupt and less reliable. The country counts some 150 tribes of Bedouin origin, of which 30 to 35 are said to have real influence. They can number anywhere from a few thousand to more than a million, with members all over the country and a large concentration in at least one region. Tribal and family loyalties continue to exercise a remarkable hold on people.

Ahmed, a mild-mannered office worker in his early 60s who has lived most of his life in Baghdad, described the pull that his tribe still exerts on him. When his sheik called him to arms last year in a dispute with another clan he rallied to the cause without hesitation. "To refuse would have been unthinkable. I would be less than a man. I am not a coward." For almost a week he lay shivering in the mud of a village in eastern Iraq, holding a rifle that had been issued to him, until the dispute had been settled amicably. "If we had not mobilized, maybe there would have been much worse bloodletting."

In a gun shop in central Baghdad several weeks before the American offensive, the owner, Kareem Al-Ubaide, bragged of his tribe's prowess. "We already have 10,000 people under arms in the north, near Kirkuk, and 3,500 in Basra in the south." He pointed at the rifles in the racks along the walls of his shop. "Everybody has a weapon, and the people who don't are coming to me now in their thousands to buy rifles." Al-Ubaide declaimed in the propagandistic slogans of the official Iraqi media that his tribe will "fight until the last man for Saddam Hussein." He might not have had much of a choice, though: The shop was full of people listening in, and all journalists are accompanied by official minders from the Ministry of Information, who report any peep of dissent.

The rifles all looked new and functional, but they hardly represented the kind of military hardware that would stop an American attack. "No, the bullets will probably not pierce American soldiers' body armor," admitted Al-Ubaide, "but we are not cowards. We will fight anyway."

An Iraqi who overheard Al-Ubaide's remarks whispered outside the shop that he very much doubted the tribes' willingness to fight for the leadership. "We buy those arms to defend ourselves. We are not spending that money to defend the government." His remarks tallied much more with the anti-Saddam sentiment expressed by other Iraqis. More and more people saw the end of the regime approaching and were willing in private to express their delight. Many were using the phrase "ba'ed el tahrir" -- Arabic for "after the liberation."

Iraqi analysts are also doubtful that the tribes will fight to defend the government. They expect the role of the tribes to become more important after the collapse of the government in Baghdad, when the Americans have to establish a structure to maintain law and order.

Many of the traditional leaders, the sheiks, are closely tied to the government -- an almost inevitable development in the tightly controlled Iraqi society. Saddam Hussein has wooed them, especially since the 1991 Gulf War, to help him maintain his position. The tribes of the Sunni minority in the center of the country, in particular, have gone along with this as a way of safeguarding their own influence. In his efforts to ensure the loyalty of the tribes, Saddam has employed all the traditional techniques of extortion and reward.

In the village of Rashid, some 20 miles outside Baghdad, 71-year-old Sheik Khuder Abbas Hussein is the lord and master of the Hamdan tribe. Its 1.5 million members are spread across Iraq, with concentrations around Rashid and Baghdad. The sheikh explained that as the head of the tribe, he arbitrates disputes and even metes out punishment, mostly without interference from the government. The members of his tribes obey him implicitly: He seemed startled that the question was even asked. He made it clear the tribe would not easily submit to the authority of outsiders and that, publicly anyway, he supported Saddam Hussein.

The sheik lives in a large compound that includes a mosque and a farm, off a bumpy country road. He traces his ancestry back to the illustrious Seif Al-Dawla (Sword of the Nation) Hamdani, emir of Aleppo under the Abbasid caliphs some 1,000 years ago. The sheik's son, seated to his left in the marble-clad reception hall, started saying that Saddam Hussein was not really a member of a recognized tribe, but of peasant stock. The sheik quickly interjected, "No, no, the president is from the same background as us, he is from a tribe." The sheik's repeated assurances of his loyalty to the president became a bit overwhelming. Almost every question was initially answered by an assurance that the tribe supported Saddam Hussein.

The welfare of the tribe comes before all else, explained the sheik. He took over the leadership of the tribe from his father in 1948, when he was barely 16 years old. "True, I have steered the Buhamdan through a very turbulent period, full of wars, revolutions and violence, and we are still here." In the past he was able to survive, he explained, by carefully calculating what was best for the tribe. "We judge every situation on its own merit. We don't do anything foolish. Then we act in the national interest." He left the question hanging in the air for a minute before continuing with a faint smile, "Now, that means supporting the president."

The sheik's strong emphasis on the importance of the survival of the tribe made it seem highly unlikely that he would sacrifice his lightly armed men in a confrontation with the American army.

Apart from the preparations that all Iraqis had made to some degree, such as storing food and water, the tribe had also drawn up plans to mobilize. Its weapons had been checked and stored. The sheik's next remark seemed to point more toward the role that he thought his tribe might play. "We can operate completely independently, arrange food supplies and distribute them, and maintain order if we have to." It sounded like a recipe for filling a post-Saddam Hussein power vacuum.