A journey to the center of the earth, with filmmakers who know exactly how preposterous this movie really is. 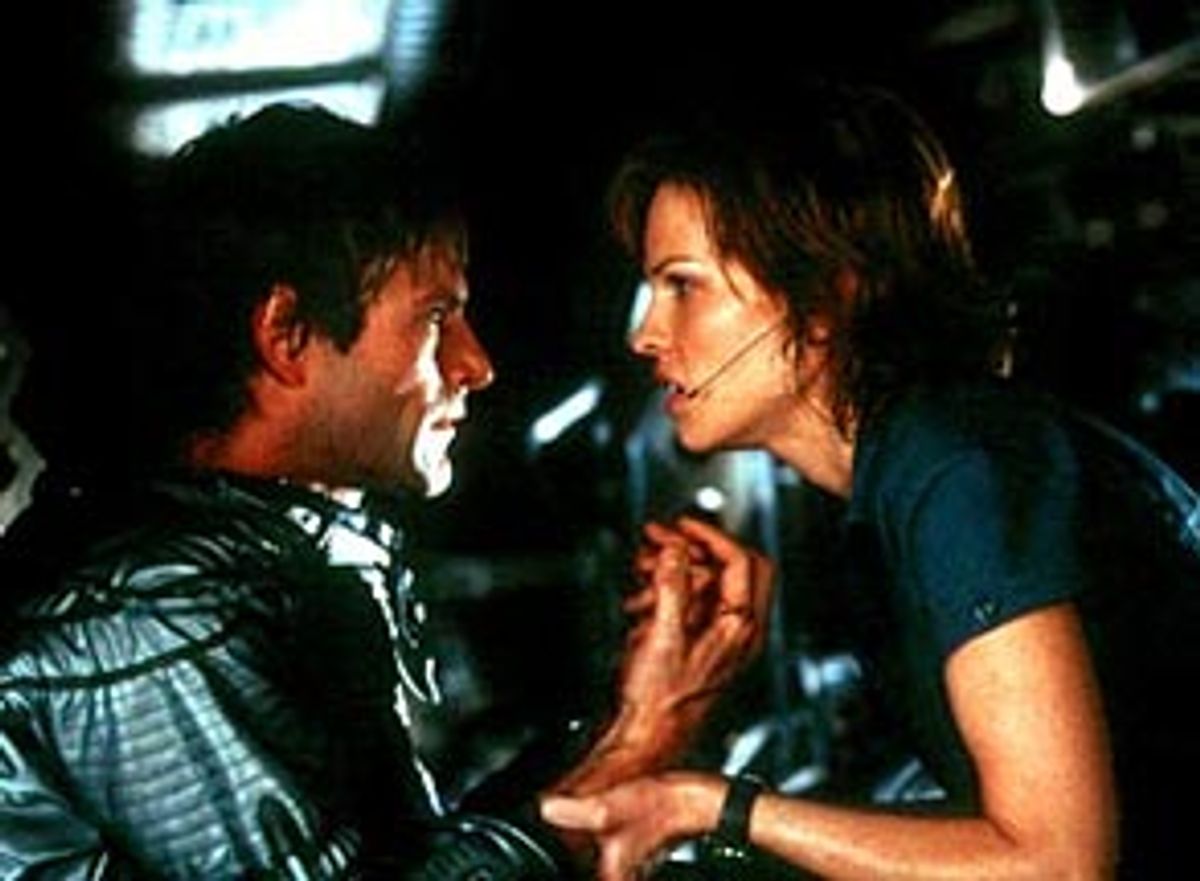 There have been, and will be, worse blow-em-up movies than Jon Amiel's "The Core." Its tone is patchy, and some sequences that should feel cathartic or thrilling -- or should at least just look really cool -- push the picture's mood over too sharp a ledge, like when a flock of pigeons mysteriously go berserk in London's Trafalgar Square, and the camera fixates on a little boy's terrified, tearful face.

But there's a refreshing surefootedness in the way Amiel, his screenwriters Cooper Layne and John Rogers, and most of his actors recognize how preposterous the idea of traveling to the center of the earth in a souped-up Rototiller really is. Aaron Eckhart plays a geomagnetics specialist who's called in by the U.S. military to help figure out the cause of a sudden rash of weird events: people with pacemakers dropping dead in their tracks, spooky-looking northern lights appearing in parts of the sky where they don't belong, and the like. After he figures out that the earth's core has stopped spinning, which renders the planet vulnerable to cosmic radiation and other bad juju, Eckhart and a mismatched team of specialists set out to cut through a jillion miles of rock, crystal formations and toasted-marshmallowy looking goop to knock its lazy ass back into action with a nuclear blast.

It's what anyone would do, really, and so Eckhart and his pals set out intrepidly to save the world. Stanley Tucci is a hotshot science superstar who doesn't know half as much as he thinks he does; Delroy Lindo is an old colleague of his, now estranged, and the eccentric inventor of the special earth-cutting ship; Hilary Swank is the NASA wunderkind navigatrix who's been entrusted with the job of steering the ship through all that hard stuff; and Bruce Greenwood is the rigid, annoying NASA guy whom nobody -- miniature spoiler ahead -- is sorry to see killed off early in the mission.

That's just about all you need for an inner-space exploration movie, but if you're really smart, you'll add Tchéky Karyo as a scruffy and knee-quakingly charming weapons specialist. His banter with the equally likable Eckhart makes for the best scenes in the picture. At one point he suggests that Eckhart find a nice girl and settle down. When Eckhart replies that he's married to his work, Karyo responds, with more Gallic charisma than any one man should be allowed to have, "So am I! Which makes my wife my mistress, which is why I'm still in love with her."

"The Core" is much too long -- it feels padded and stretched, and the sequences in which we see really bad things happen to major landmarks (the Golden Gate Bridge, the Coliseum) have that faux-serious sheen, à la "Independence Day," that's neither here nor there: They've been inserted into the movie, obviously, just so we can see stuff melt, explode and fall apart. Those scenes are intentionally a little fake-looking, but that doesn't make them any more or less effective: They are simply there, as if only to fulfill some unspecified audience expectation that may, in reality, no longer exist.

But production designer Philip Harrison and cinematographer John Lindley do show great good humor: "The Core" owes a big fat debt to the 1966 phlegm-and-fibrillae fantasy "Fantastic Voyage" and knows it. We see our brave heroes in their funny little tube-shaped ship hurtling through arterial-looking tunnels and dodging lots of fat, floaty things. (Who knew there were white corpuscles in the earth's mantle?)

This is also a movie where a college science teacher gives a bunch of stone-faced but captivated Army guys a basic geology lesson by cutting a peach in half, and in which the secret substance that will ultimately save the lives of every human being on earth is called "unobtanium." "The Core" could be funnier, shorter, and more graceful, and Amiel doesn't need to squeeze our emotions like a toothpaste tube, as he too often does. But even if "The Core" wobbles off its axis too many times to be genuinely fun, it at least has the good sense not to insult our intelligence. And you might even learn something from that peach.