West Bank Palestinians tell their stories during a bus tour through Israel -- the country in which many of them grew up -- in an illuminating Sundance Channel documentary. 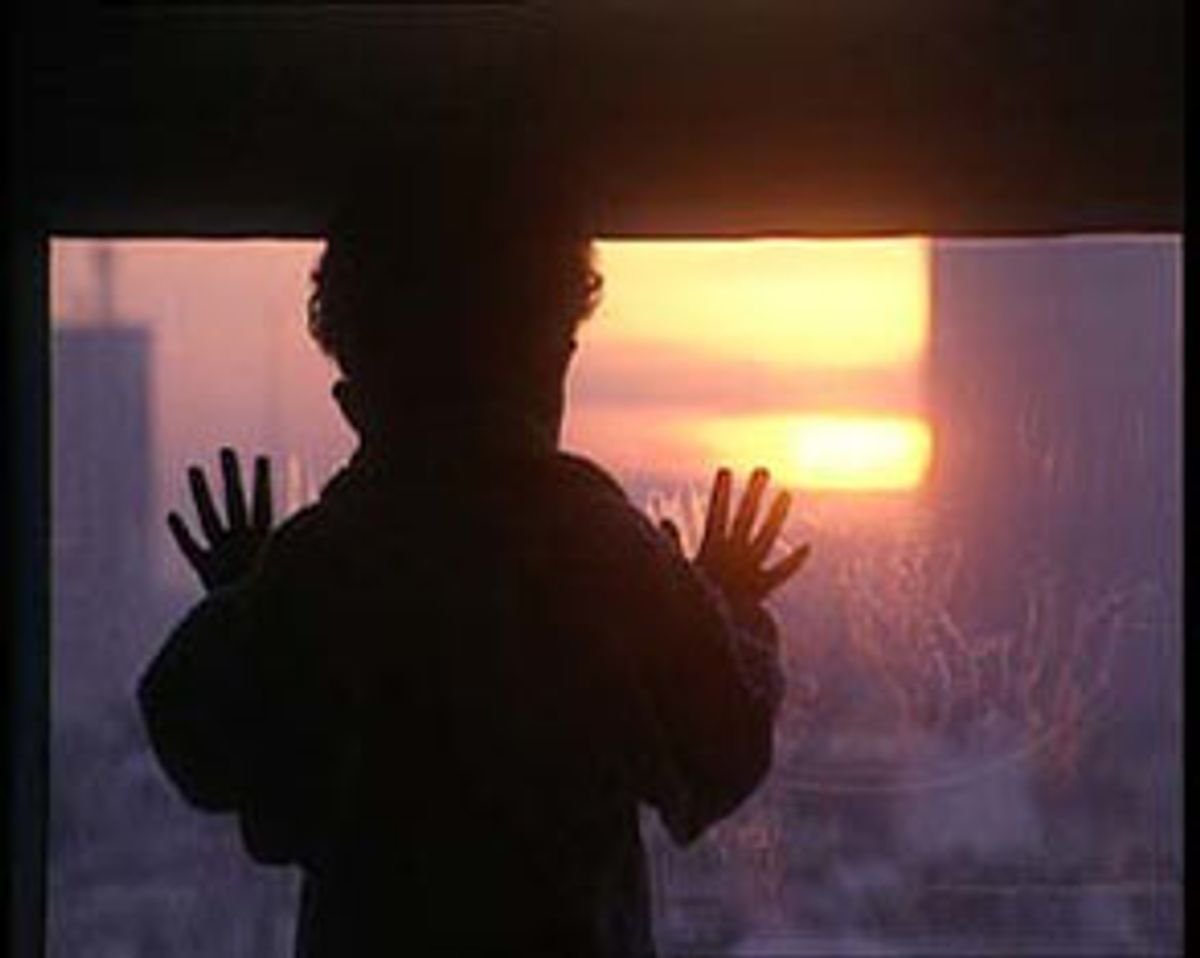 After years of watching news coverage of the conflict between Israelis and Palestinians in the Middle East, our concept of the region can narrow to a dystopia of barricades, crumbled buildings and blackened buses, populated by Israeli soldiers carrying machine guns, Palestinian suicide bombers, and grieving families on either side. Rarely do we have the opportunity to gaze out at the landscape, or to meet real human beings whose lives and experiences are inextricably woven into the turmoil of the region.

"The Inner Tour" (premiering Monday, March 31, at 9 p.m. on the Sundance Channel) presents such an opportunity, following a group of West Bank Palestinians on a three-day vacation bus tour of Israel, where many of those on the tour once lived and raised families. The film was made just before the outbreak of the Sept. 2000 intifada, when one of the only ways Palestinians could cross the Green Line (which denotes the post-1967 border) and enter Israel was as tourists. (Such trips are no longer possible.)

The film begins on a dusty street in the West Bank at sunrise, where Palestinians arrive and quietly board the bus. The tour guide welcomes them and explains that they'll switch to an Israeli bus at the border. After a checkpoint where Israeli soldiers examine their papers, the bus crosses into Israel, and immediately the landscape changes. The tourists on the bus whisper to each other, mesmerized by the lush, green hills and pastures.

"There are orchards," a teenage boy tells his blind grandfather.

"Ever seen anything like that?" a father says to his young son.

The first few minutes we spend with the group are quiet, but the weight of what they're experiencing is palpable. On their first stop, at the sea, a young man gazes out and says, "It looks strange. At 27, I've never seen the sea like this. This is the first time."

While the camera focuses on an elderly member of the group, Abu Mohammed Yihya, staring out at the water, we hear an Israeli on the beach ask about them. "What's all this today?"

"It's a trip, from Nablus and Hebron," a voice answers.

"Nablus and Hebron? To check out the area so that we can give it to them?"

The group mills peacefully about, taking in the beauty of the country surrounding them, but the undercurrents of tension and alienation are impossible to ignore. On their second stop, the group tours a kibbutz, and takes a guided tour through a museum that explains the place's history, showing how the kibbutzes were built surrounded by walls. The Palestinian tour guide clearly wants to avoid a confrontation. When the Israeli tour guide says, in Hebrew, "They were attacked," the Palestinian tour guide translates, "Fighting broke out."

One of the group asks, "Weren't any Arabs killed? Ask him."

The Israeli tour guide responds, "Arabs? I don't know how many. We don't know the Arab side, how many of them died."

Jerusalem-born filmmaker Ra'anan Alexandrowicz approaches his subject with grace and patience, allowing those on the tour to reveal themselves, mostly through their conversations with each other. With their faces turned toward stretches of breathtaking landscape and prosperous towns and cities, they offer up stories that range from heartbreaking to unsettling. One of the women lost her husband in the violence. Another woman's husband is in jail for a plot to kill an Israeli soldier. While one of the men on the tour spent time in jail, another, Abu Mohammed, lost his son and daughter when he was ousted from his village in 1948, the year of what Israelis call the War of Independence and Palestinians call al-Naqba -- the catastrophe. Alexandrowicz captures some incredible stories and images as the film's exceptional soundtrack ambles from sparse guitar to percussive, tribal rhythms and ambient sounds that underscore the tension of outsiders on a carefully regulated tour of lands they consider their own.

Of course, some of the stories and circumstances are so good they can leave you feeling slightly manipulated. Were the participants hand-picked for the journey? Why does the group arrive at the most scenic spots just as the sun is setting? Is it always the magic hour in Israel?

Still, Alexandrowicz shows restraint and patience in his work, staying out of his subjects' faces and allowing them to express themselves in unguarded moments. On the bus, we peer at a young tourist who's pointing a video camera at his own face. "I don't know how I'll react when I see you," he says. Later we learn that he's making a tape for his mother who lives in Lebanon. Because his passport is Palestinian, he can't visit her. Instead, he arranges to meet her at the Lebanese border. In a heartbreaking scene, he yells to her across the border wall, then hurls her the videotape he's been making of his trip.

In another strange scene, after a visit to a mosque, Abu Mohammed suddenly addresses the group about the "pain from opening the wounds and memories." Indeed, everyone in the group seems to be only partially present, each is so absorbed in his or her own intense emotional reckoning.

The pain and suffering expressed by the group reflects the impossible puzzle of the region's conflict -- with so much loss experienced by both sides, any talk of resolution inevitably slides into a relay of past grievances. Still, it's striking how much the two sides mirror each other. When one of the Palestinians remarks, "Throughout our history, we've been like a football. One player passes us to the feet of another," he could just as easily be an Israeli Jew, describing his own people's history.

Although some in the Israeli media have described it as "subversive and treacherous," "The Inner Tour" merely presents the experiences of a small group of Palestinians. Alexandrowicz doesn't take on the absurdly difficult task of presenting a balanced, objective picture of two sides. There is no voice-over, there are no heavy-hitting statistics, and no one speaks directly to the camera. Instead, we hear individuals describe their experiences and their beliefs in their own words. Sometimes they're intelligent and sensitive, while at other times it's easy to feel suspicious of their intense talk of justice and retribution. Alexandrowicz does an admirable job of presenting the most uncomfortable and awkward moments without flinching. Whether or not you agree with their political perspectives, the gentle pace and quiet moments pull you into their reality, and it's impossible to turn your back on the simple fact that these are human beings, with their own lives and stories.

On a walk through the Israeli countryside, Abu Mohammed says that there are times during the tour when looking out at the landscape becomes almost unbearable. "Sometimes I close my eyes. I don't want to see! Like an ostrich burying its head in the sand." "The Inner Tour" offers a rare chance to stare straight at the passionate emotions and painful experiences behind one side of a conflict that's so heated and impossible, we're often tempted to push it out of our minds and look the other way.