Are we safer now? Are we as free?

Steven Brill talks about his new book, "After," and America in the "September 12 era." 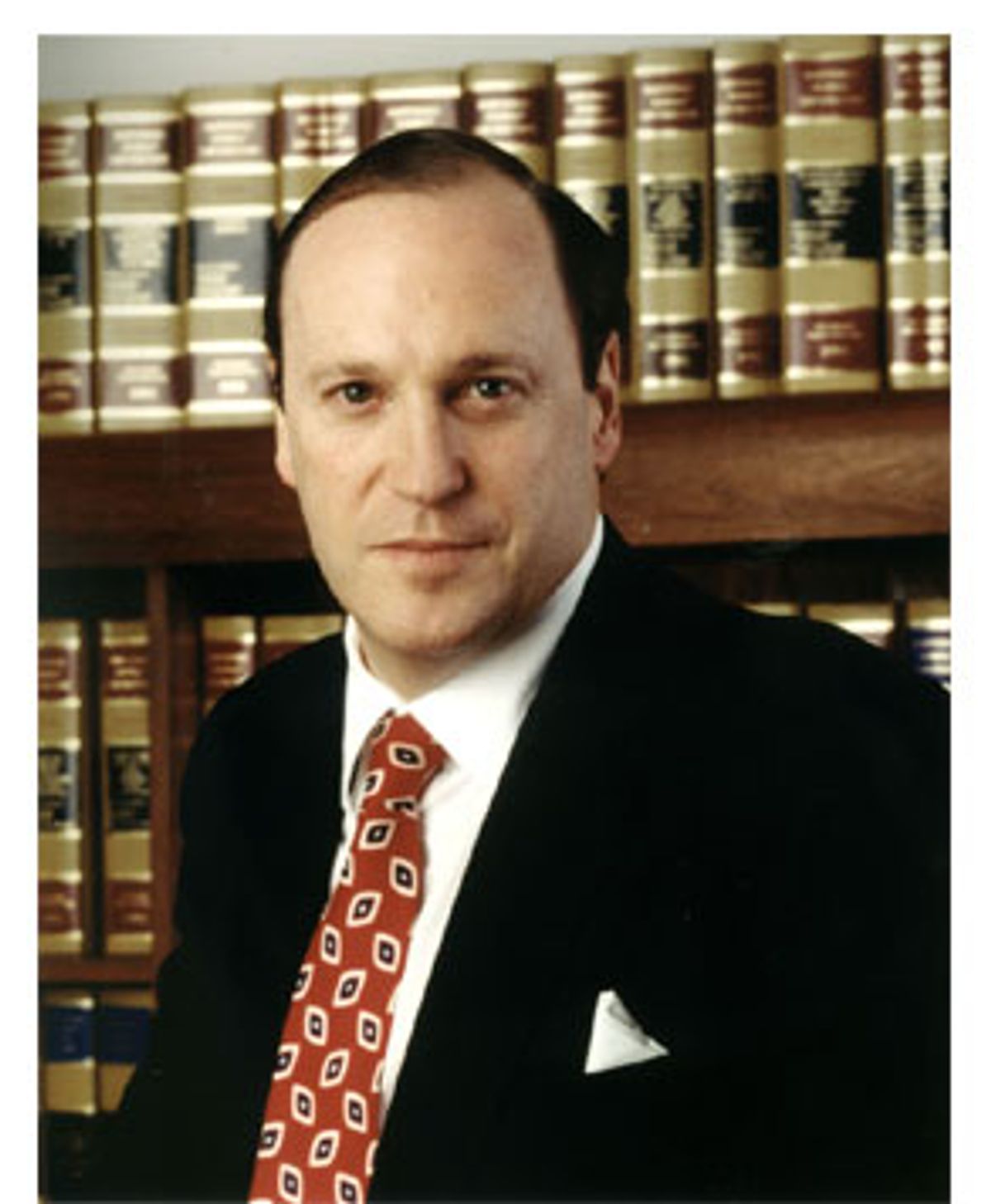 "After" takes a comprehensive look at the way America has changed since 9/11. On balance, do you think the country is safer now than before the terror attacks?

We are safer than we were on Sept. 10, no question about it. There has been lots of work going on behind the scenes -- at the ports, in the subways, and, obviously, at the airports. As the book recounts, we've also done all kinds of nitty-gritty work, such as building data banks of critical infrastructure targets that list their vulnerabilities and response plans. We have built up supplies of vaccines to combat biological attacks and practiced executing distribution plans.

But "safer" doesn't mean we are safe. The problem with homeland security is that we have thousands of vulnerabilities, which means that after the next attack someone can say, correctly, that we didn't do enough.

That depends, as a recent president would say, on your definition of "free." We're more free of danger from smallpox because we have a stockpile of vaccines. We're more free of danger from dirty bombs because we have radiation detectors all over the ports. But are we more free from being stopped on the street by police and asked who we are and what's in our cars? Not at all. I got stopped last night at our friendly new neighborhood checkpoint at 96th Street and Fifth Avenue in Manhattan.

We live in a new time, which I call the Sept. 12th era, and it's a period when we're going to have to recalibrate the balance between the traditional liberty of the government leaving us alone and our new security concerns.

Do you think the war with Iraq will lead to a further erosion of civil liberties and freedom of speech? Are you concerned, for instance, about the way the GOP leadership recently questioned Senate Minority Leader Tom Daschle's patriotism after he criticized President Bush's failed diplomacy?

On the other hand, as the book recounts, if war means Code Orange, then we're going to be left alone a lot less by the government, because Code Orange means a variety of law-enforcement intrusions on our daily lives.

Anthony Romero, head of the ACLU, comes across in your book as a fairly heroic figure in his efforts to counter some of the government's more repressive security measures. At the same time, there's a sense that if not Romero himself, his organization has been slow to recognize what a different security climate that Americans now live in. What's your general sense of the ACLU and other civil liberties organizations' performance after 9/11?

First, I love the fact that the ACLU is there, as the book makes clear. They do important work and they're courageous people. But I also think that Anthony's position against recalibrating the balance between freedom and security is just plain wrong. I'm glad he takes the position, because he provides a great, effective counterbalance against those who want to recalibrate too much in the direction of taking away our freedom. But in the real world we do have to have metal detectors at airports. There's a scene in the book in which, on the day that Congress is passing the USA PATRIOT Act, the ACLU leaders actually debate the 30-year-old policy requiring metal detectors at airports; they had been against it for those 30 years and only now did they move, again with great debate, to retract it for fear of looking completely idiotic!

So yes, we do have to be able to decide who is most at risk and give them more attention (more searches at airports, for example) than others. Deciding who those people are on the basis of race, religion or nationality is stupid, because the terrorists will simply recruit people whom we won't suspect. But we do have to know where they've traveled, or if they have criminal records, or if they are legal immigrants, or even if they've shared apartments with known terrorists. It's crazy not to want to know that.

Your reporting on the John Walker Lindh case shows that the Justice Department and the FBI took liberties with the law after his arrest -- incarcerating him under brutal conditions, preventing his family and counsel from contacting him, and relying on a rogue FBI agent's questionable interrogation to build their case against him. In the end, do you think Lindh was handled fairly and justly?

Yes, under a law passed during the Clinton administration prohibiting aiding known terrorist organizations including the Taliban, Lindh was rightly convicted. But he wasn't convicted of the crimes that Ashcroft took to the national airwaves to say he was guilty of -- such as conspiring to kill Americans. That's in large part because the system ended up working.

The real problem I had with the Lindh case was not so much that he was questioned in battlefield conditions differently than he would have or should have been questioned by police if under arrest for a crime, but, rather, that all the information from that harsh, un-Miranda-like questioning was then used against him to charge him for a crime. Plus, they relied on a single FBI agent's account of the interrogation, which is highly unusual. The book recounts all of this in great detail, because it is so chilling and bespeaks exactly the kind of prosecution tactics the legal system was meant to protect against. And guess what? In the end the legal system, thanks to Lindh's legal team, as well as the military interrogators who had the integrity to tell Lindh's lawyers the truth, did protect against it.

As your book makes clear, 9/11 brought out the best and worst in America. Let's name the book's villains and heroes.

The book tries hard not to make those black-white judgments, but, rather, to weave a compelling narrative about a lot of diverse people who cross paths in a series of surprising confrontations and alliances. But as long as you're asking, my nominees for the Sept. 12th era's greatest generation would include Jim Brosnahan, Lindh's lawyer; Gail Rossides, the career civil servant who supervises the recruiting and training of all the new airport passenger screeners; Detroit border patrol agent Robert Lindemann, who has the guts to blow the whistle about his unprotected border; the two lawyers who work pro bono for the shoemaker whose small shop near ground zero was pulverized; Romero of the ACLU; Eileen Simon, the New Jersey widow who holds her family together so well; the CEO of Chubb Insurance, who quickly makes payments on claims that he might have legally avoided; and Tom Ridge, who decides in the space of 21 hours to leave his Pennsylvania governorship and his family to take on an ill-defined job that pits him against Washington's toughest bureaucracies.

As far as villains, although the book depicts real-estate mogul Larry Silverstein in an unflattering light as he tries to litigate his way to a double -- $7.1 billion instead of $3.55 billion -- payment on his Trade Center insurance policies -- I don't think there are any true villains, except the terrorists. Life is not that simple, nor should journalism be that simple.

Is John Ashcroft a danger to the Constitution? What is his vision for the country -- and for his own political future?

The truth is that any hard-nosed attorney general -- and that he is -- is a danger to the Constitution if left unchecked. But we still do have checks. Thus, a federal judge has ordered that Jose Padilla -- the American citizen seized at O'Hare airport and then held as an "enemy combatant" -- must be allowed a lawyer to help him present arguments contesting his status. Of course, the fact that I have to say that as if it's something to celebrate rather than something to expect is chilling. But the history of dangerous times in America is replete with law enforcement officers who pushed beyond what those who don't have their jobs (or their responsibilities, as they would say) think is consistent with American values.

Ashcroft's vision is exactly what the president asked of him: to protect us from future attacks. No other attorney general has had prevention rather than prosecution as his job, and Ashcroft sure took it seriously. Indeed, he sees himself as a general in a home-front war, who has all the powers that a commander in chief delegates to a battlefield general. To him, a judge questioning his tactics is like a judge questioning Tommy Franks in Iraq. It's clear from what he told me and has told Congress that, in many important respects, he thinks he should not be accountable to the courts or legislature. Fortunately, many in those other branches, including Republican legislators and Republican-appointed judges, haven't agreed.

As for his vision of his own political future, the book tells stories that actually happened. It does not speculate. But again, since you're asking, I'd be surprised if he didn't run for higher office.

America received an international wave of support after 9/11, but today most of that goodwill has been lost. Do you think we're dangerously isolated in the world community? Will that make it more difficult for the U.S. to pursue and capture terror suspects?

As I think about that question in the first days of war, I think the answer is clear. If we win fast, most of our alleged sins will be forgiven, especially by insincere critics like the French. If we don't win fast, that's another story. But I don't think it will affect the pursuit of terror suspects either way, because it's in everyone's interest that they be rounded up.