Flush with its purchase of AT&T Broadband, the biggest cable company on the block intends to make size matter. 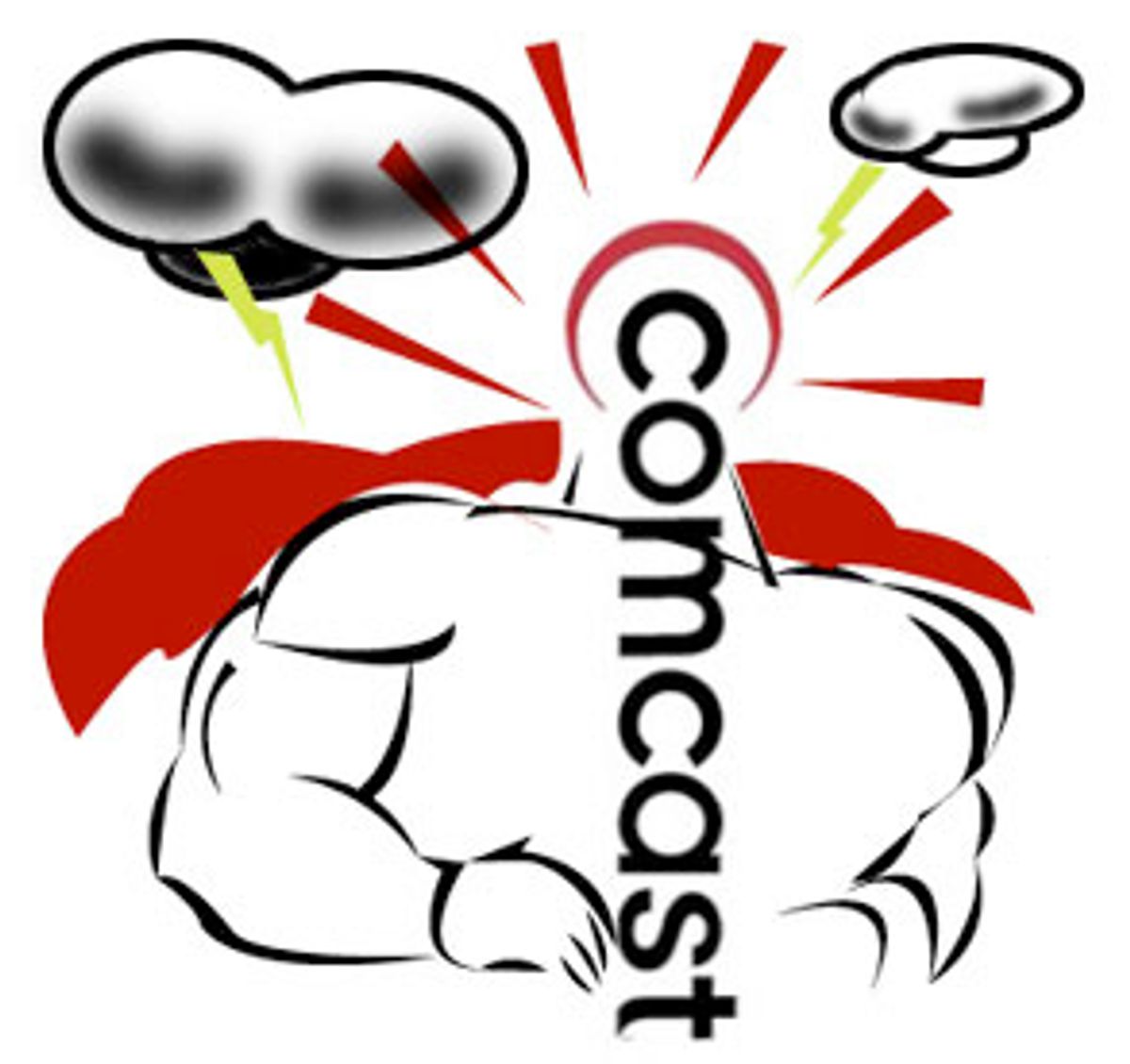 Now that the Comcast-AT&T Broadband merger has wrapped up its final stage of system migration, Comcast cable subscribers are beginning to feel the weight of the FCC-approved 800-pound gorilla.

Reaction to the move has been sharp, especially in California, where former AT&T Broadband cable subscribers have found themselves bombarded in recent weeks by a ubiquitous Comcast marketing campaign aimed at boosting Comcast's cable Internet subscriber numbers. Before the price hike was even official, Sen. Barbara Boxer, D-Calif., sent a letter to Michael Powell, the chairman of the Federal Communications Commission, decrying what she called Comcast's "monopolistic practices."

At this juncture, it is helpful to remind ourselves that a monopoly is perfectly legal. What is illegal is for the monopoly to abuse its market power in "Industry A" to gain an advantage in "Industry B."

Most recently the Justice Department attempted to punish Microsoft for bundling its Internet Explorer Web browser with its Windows operating system (OS). By including its browser with every copy of Windows it shipped, Microsoft capitalized on its dominance in the OS industry to enter the Web browser market. Microsoft's Internet Explorer market share currently stands at 95 percent.

Similarly, Comcast's bundling of its cable Internet service with cable TV abusively leverages Comcast's Internet market share to stifle its competitors in the television industry (i.e., DirectTV) and steer customers toward its own cable TV offerings.

The striking similarity of Comcast's and Microsoft's strong-arm bundling tactics raises an obvious question: Why haven't government regulators intervened yet?

Quite simply, this would require a retraction of statements made less than six months ago.

But the FCC failed to realize that Comcast's dominance lies not in cable TV, but in its cable Internet service. Comcast currently has 3.6 million cable Internet subscribers, and is expecting to reach 5 million by the end of 2003. At the end of 2002, there were twice as many cable Internet subscribers as DSL subscribers in the United States. And according to a research report released by the Yankee Group last year, cable -- not DSL -- is expected to dominate the broadband age. Companies offering DSL services are tightly regulated under the Telecommunications Act of 1996 and must provide access by leasing their phone lines to competing rivals. Cable has no such restrictions. In fact, published reports claim that Comcast and AOL Time Warner have agreed to not compete in certain markets.

Comcast currently sits on a debt load approaching a whopping $30 billion. Simultaneously, the company faces rising programming costs associated with carrying channels such as ESPN and USA Networks. The money to pay the bills must ultimately come from somewhere.

Chishen Wei is a freelance writer in Berkeley.