FX's new dark comedy "Lucky" follows a hipster Vegas gambler as he wallows in the low life. Don't bet on it. 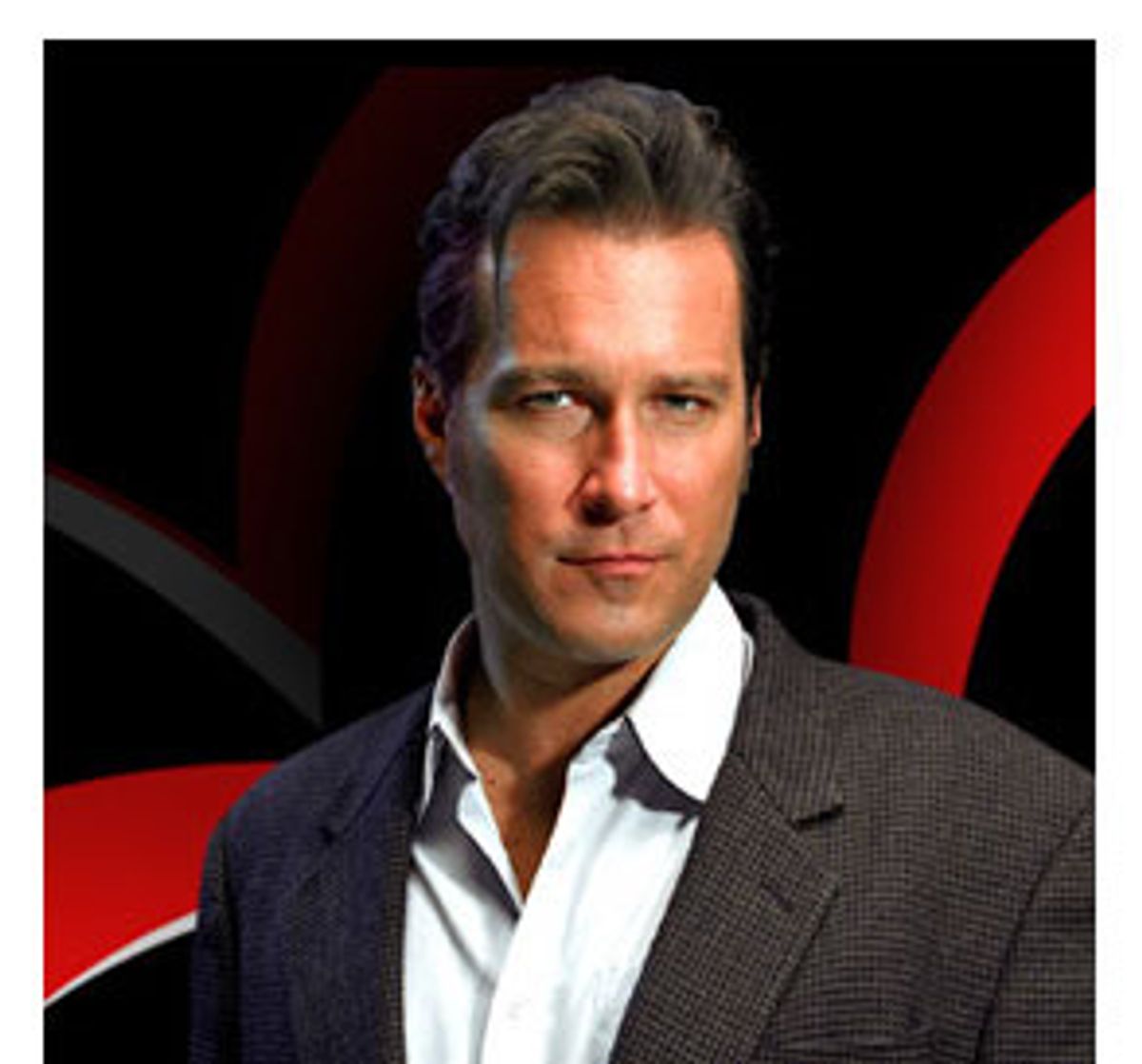 If you were just flipping through the channels and landed on "Lucky" (Tuesdays at 10 p.m. on FX), you might think the network was running old episodes of "Sex and the City" in syndication. Here's the jazzy lounge music, the colorfully hip sets and groovy outfits, and here's John Corbett, arguing with a petite blonde with long hair and sharp features. "What are we doing?!" she's asking him, in an exasperated, high-pitched voice, and we want Aidan to dump that whiny Carrie once and for all.

In fact, this new half-hour dramedy is just like "Sex and the City" -- if you replace New York with Las Vegas, substitute witty female yuppies looking for a good time with charmless, no-account gambling addicts, drug addicts and con men looking for a quick buck, and swap the snappy dialogue and clever jokes for predictable dialogue and weak attempts at dark humor.

OK, so maybe it's nothing like "Sex and the City," but "Lucky" is every bit as good as it sounds. The show features the exploits of Michael "Lucky" Linkletter (John Corbett), a professional gambler who wins the World Championship of Poker, but ends up penniless and grieving his dead wife a year later. How did his wife die? We don't know, but he's got to borrow $2,500 to pay back his in-laws for her funeral. If that doesn't have you rolling in the aisles, just wait till he tells his troubles to his buddy Vinny (Billy Gardell), who promptly steps outside and plays in traffic until he's scammed several motorists, each of whom happens to carry large rolls of cash on his or her person.

After Vinny stumbles in bleeding, with $2,500 in cash, and saves the day, Lucky gets hit over the head and mugged by a drug dealer acquaintance. Zany! Finally, he borrows the money from a thug friend (who's already threatening him as he walks away), shows up to meet his in-laws with a bleeding forehead (from the mugger assault, remember?), and ends up crying hysterically about how sorry he is for being such a scumbag. But we can see he's not about to stop being a scumbag, his in-laws are angry and sad, and what's supposed to be a touching scene ends up so weird and depressing, it's a struggle just to keep watching.

If the realism and lighthearted fun of this dramedy don't sweep you off your feet, maybe the irresistible love story between Lucky and his little Sarah Jessica Parker look-alike love interest, Theresa (Ever Carradine), will. Theresa is married, and she's addicted to gambling, but our determined hero won't let such pesky little details stand in the way of true love! Unfortunately, not only are we not convinced these two are in love, it's difficult to tell if Lucky remembers who Theresa is from scene to scene. Just when we think he might find out her name, the two fall clumsily into each other's arms.

In the next episode, when Theresa tells Lucky, "You make me happy," we're not sure which of the happy times she's referring to. Was it the time he stood her up at a Gamblers Anonymous meeting so he wouldn't miss a poker game? Or the time he scrubbed her forehead clean of the word "loser" -- written in permanent marker by her husband after he found out she lost $80,000 of their money? Maybe she was talking about the time Lucky left her standing in front of a casino so he could chase down the drug-dealer friend who stole his money in the previous episode, or that special night when he made her a steak dinner despite the fact that she's a vegetarian, and before she could say anything about it a massive pot roast came flying through his window, onto her plate?

To add insult to injury, the hand-held camera is dizzying, the blocking is awkward, the situations are chafingly unbelievable and all of the characters are sleazy to the core -- and not in a good or entertaining way.

To be fair, dark comedy is one of the hardest things to pull off. There's no easy formula for getting it right; you either make it work or you don't. When you do make it work, as in movies like "Heathers" and "Welcome to the Dollhouse," the jokes are deliciously funny and satisfying. When you don't, it's like bad stand-up -- comedy that's so far off the mark it makes you feel guilty and uncomfortable just for watching. Shows like "Curb Your Enthusiasm" demonstrate just how difficult it can be to walk that thin line between ha-ha sick and depressing sick. While Larry David usually gets it right, every now and then his antics are so awful and awkward a scene feels incredibly stilted.

Then again, it took a long time for the unusual, stutter-step pace and anxiety-inducing clashes of "Curb Your Enthusiasm" to feel comfortable enough for the bizarre humor to shine through. So it remains possible that "Lucky" could find its stride. Despite his somewhat uneven performances, Corbett has the charm and star quality to pull in viewers, and the flashy Vegas backdrop and absurd stories could combine into something unconventional and fun.

If the show's going to succeed, though, it has to lose the constant tension presented by Lucky's battle with gambling addiction. If the only fun scenes are the ones where he's gambling, and we know that gambling is ruining his life, then what fun are we left to indulge in? Either give the man something else to do (in one episode where Lucky tries peddling meat for a living, we get a brief glimpse that this could work), or stop making us feel like he's losing every time he wins.

Maybe co-creators Robb and Mark Cullen are expecting too much of themselves on their virgin voyage -- after all, most TV comedies are written by large teams of seasoned writers, and most of those shows still aren't very funny. Still, it wouldn't hurt the show if they hired a few more writers to craft snappier, more substantive dialogue and more realistic, interesting plots. Without these things, "Lucky" is like a weekend in Vegas spent tossing back lukewarm drinks and losing at blackjack. It's sort of fun at first, but eventually you just feel queasy and dissatisfied.