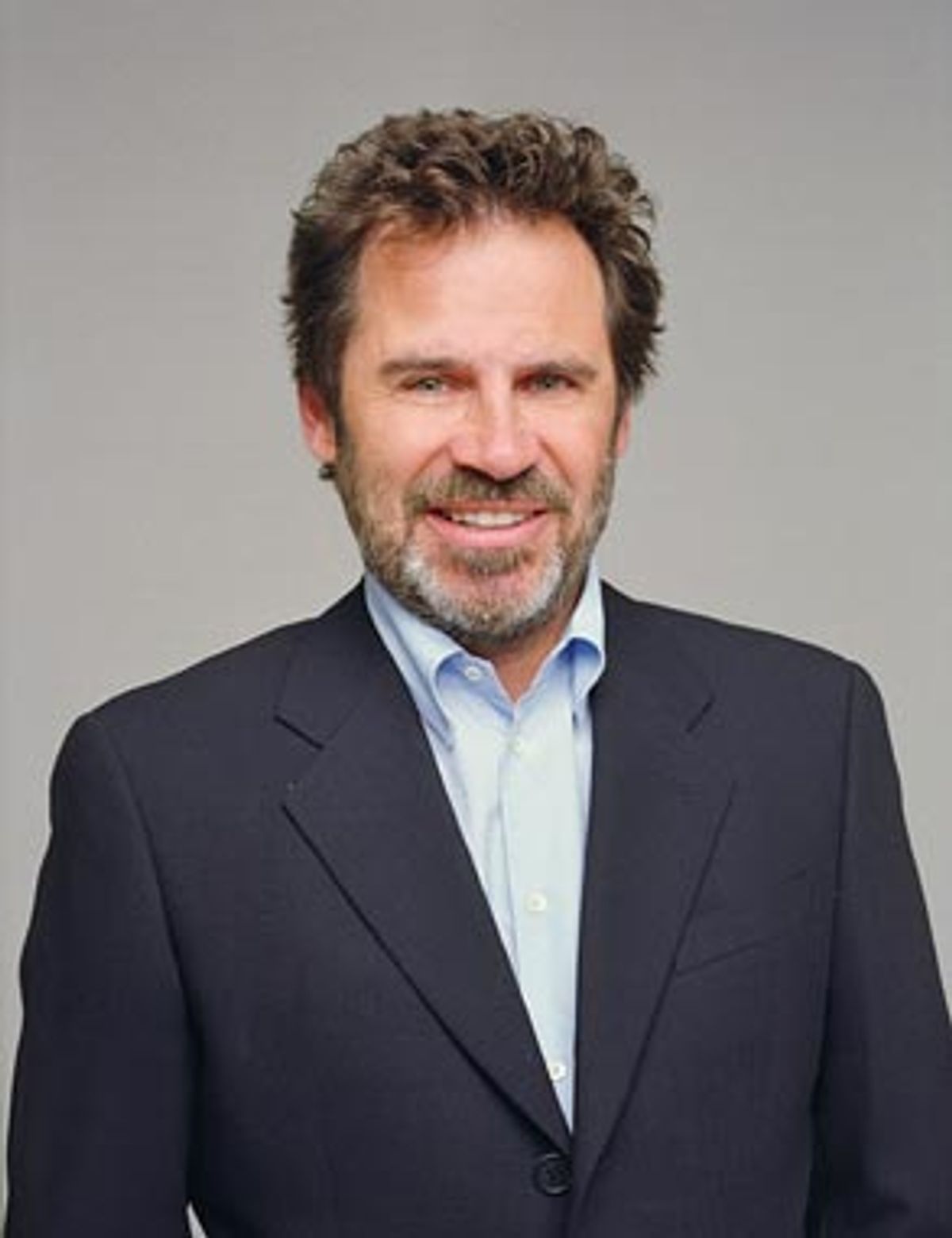 Al Gore. The French. The Catholic Church. Barbra Streisand. Dennis Miller should know that, no matter how precise and deadly his weapons might be, slaying slow-moving targets like these hardly makes him a champion marksman.

The way Miller gloats in his latest HBO special, "The Raw Feed" (which premiered April 12), you'd think he was the deadliest sniper around. Then again, gloating has always been a big part of his act. His latest fare, though, is a little too immediate and vitriolic to go well with a side order of self-congratulatory glee.

Miller can tackle weighty political issues with an admirable originality and energy (his summary of California's energy crisis: "We are buying energy at minibar prices"). But his take on our relationship to the rest of the world feels uncomfortably juvenile, exactly the sort of simplistic, reactionary American stance that gives us a bad reputation around the world.

On the war in Iraq: "I think it's time to start kickin' ass and takin' hyphenated names."

"Sand and heat makes glass, and when we're done with Iraq, it'll look like Superman's dad's apartment on Krypton."

On al-Qaida: "And if we're not gonna go 'Sling Blade' on these assholes, somebody tell me, 'cause I'm gonna go live in Alec-Baldwinia, all right?"

It's strange that Miller is considered one of our sharpest political comedians, when he takes complicated questions of foreign policy and reduces them to exhilarating head-to-head match-ups, describing them in terms more appropriate to his former gig on "Monday Night Football."

Of course, such jokes could be taken with a grain of salt if Miller weren't making the rounds on O'Reilly, Leno and Stewart, referring to his work like it's a personal crusade as much as a performance. Last Thursday, he told Katie Couric on "Today," "What is the urge to have a nicer house if you can't live with yourself?"

And, unlike an auditorium full of swooning housewives at a Pauly Shore show, Miller's fans seem to take him very seriously. "We're gonna get better at what we do and the rest of the world is falling behind ..." Miller explains to the crowd at the Vic Theater in Chicago, with the self-assured tone of an economist outlining a meticulously researched forecast. While the audience listens intently as if in the presence of a great mind, Miller parades around references which obscure his might-makes-right mindset like dress-up clothes on a class bully. Critics may fawn over the incomprehensible grasp of his agile mind, but his pithy metaphors are merely engravings on blunt weapons, used to smash topics to bits without providing any original insight or understanding.

Comedians like Jerry Seinfeld and Bill Cosby approach their subjects like confused outsiders, armed with curiosity and sharp psychological analysis. They creatively dissect their subjects instead of destroying them, and they work hard to bring the audience along for the ride. Their humor starts small, and works up into a furious lather of absurdity and reenactments.

In contrast, Miller makes the stage his own little planet. He leaps indiscriminately from topic to topic, and can't be bothered to bring his audience along for the ride. As you try to follow him, his obscure references are scattered like stumbling blocks in your path. While the crowd strains to navigate around such obstacles -- "Like Nick Nolte with a clogged eustachian tube? What is that like, exactly?" -- Miller is on to the next labyrinthine joke-rant.

For all of the subtlety of his references, his transitions couldn't be more conspicuous. Casting aside the unsavory nature of the word "rant" itself, and of his dorky signature phrase ("I don't mean to go off on a rant here ..."), Miller segues between jokes with all the grace of an aging linebacker: "You wanna know something, folks? Truth be told ..." "Let me get this straight ..." "I've been doing some thinking ..." "But somebody's gotta say this stuff, so here goes ..." "What else has been buggin' me?"

Such lapses are unnerving and feel lazy, considering Miller's skill as a writer with a knack for compiling various bits of pop culture to create vivid images. "The Raw Feed" is rich with such images, from velvet paintings of bomb-sniffing dogs playing poker, to liberals "looking up from their Marmaduke Day Planners." Miller toys enthusiastically with words, quipping, "We have become a society of peeping Tom Brokaws." Later, he explains, "I come from a simpler time, when 'Palm Pilot' was a nickname you received upon entering puberty."

Indeed, highlights of "The Raw Feed" echo the successful blend of bitterness and a firm grasp of the absurd that's found in Miller's stronger performances. "I would call the French 'scumbags,' but that would be a disservice to bags filled with scum," he grumbles. Or, when describing technology as "depersonalizing," he recalls, "I remember thinking that the other day, as my son and I were playing a Nintendo 64 game of a father and son playing catch."

Overall, though, Miller's self-congratulatory tone is off-putting. While the humble goofiness of Chris Rock or Ray Romano can make you sympathize with their perspective, even when they're crabby or close-minded, Miller's arrogance renders his over-the-top opinions even less palatable. Then again, even if Miller were humbler or sillier, it might be tough to rally behind a commentator who can't stop boasting about our military might, who thanks the most diplomatically impaired and internationally mistrusted president in years, George W. Bush, for allowing him "to respect the American presidency again" and who's impatient with the fact that we haven't exploited all our environmental resources yet. "What about Alaska?" he complains. "Are we just never gonna do anything with Alaska, ever?"

In Miller's previous performances, he approached political topics with the focused curiosity of a doctor performing an autopsy. Underneath the vivid references of "The Raw Feed," however, lies an analysis that amounts to little more than egocentric bluster and knee-jerk aggression. In the end, Miller's commentary walks the line between two worlds without satisfying the demands of either: He's too abstruse for the football-watching public, but his childish grasp of politics would barely qualify him as a caller on "Larry King Live."