"The Real World," with beer bongs

MTV's "Fraternity Life" brings back all the boneheaded bluster and enforced insularity of campus Greeks and their semi-anarchic pack mentality. 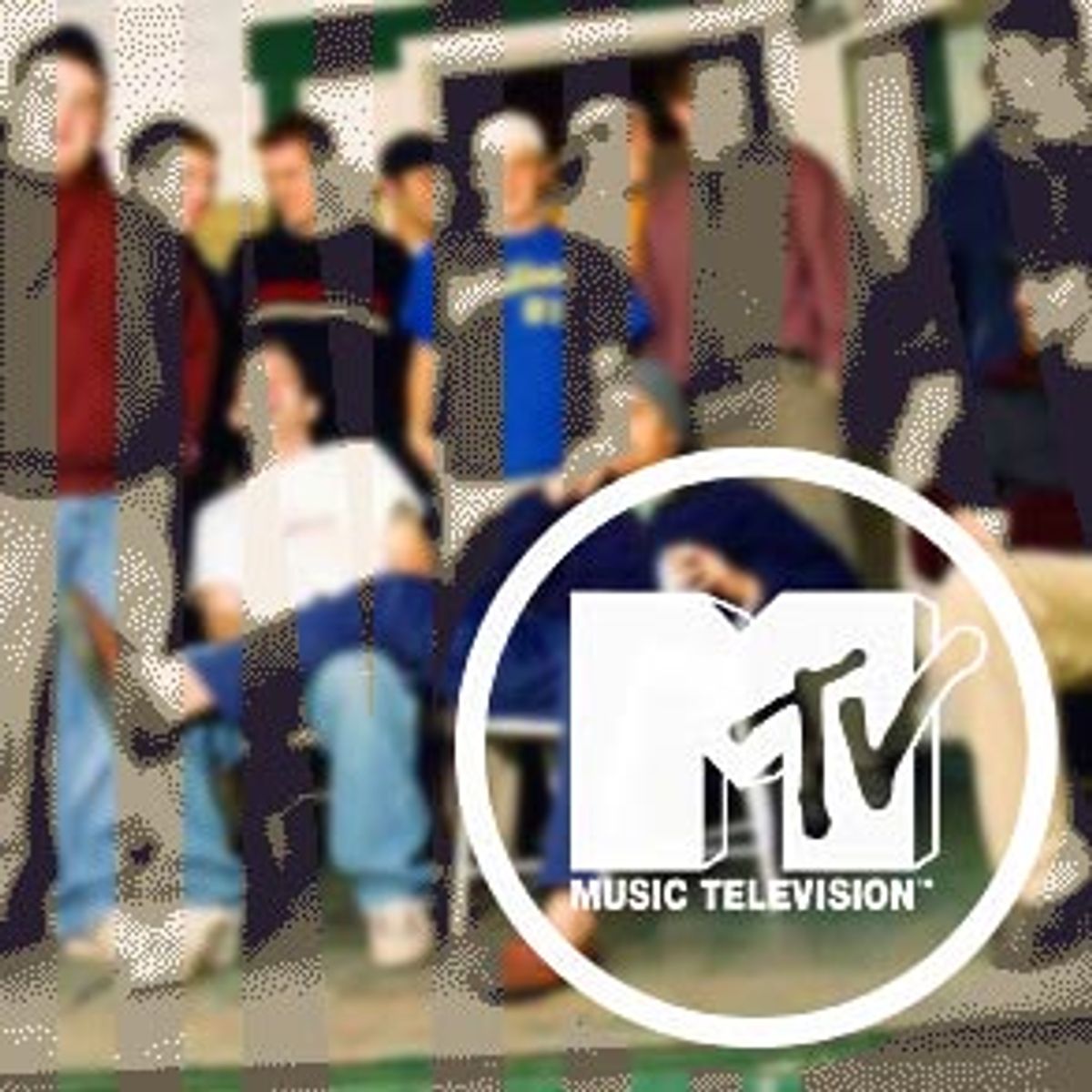 Fraternity boys occupy a sacred space in American culture. Like newlyweds, ballerinas and precocious kindergartners, we allow them certain luxuries, forgive their mistakes with a knowing chuckle, and tolerate their alternate universe with all its smug preening, empty dogmatism and cocky certainty of its own importance in the larger scheme of things. We keep their self-congratulatory rituals and high jinks safe from the harsh realities of the real world. After all, how long are they going to be young and pretty, swigging cheap beer in the sunshine on the grassy quad? How long will they have to gently shape the brims of their baseball caps into perfect arches while bragging about how they got laid the night before? Isn't it nice to know that they're out there somewhere right now, burping loudly and calling each other pussies?

Our culture is so taken with youth and so committed to the preciousness of the college experience that we rarely stop to take a closer look at these self-governing Dude Biospheres. MTV's latest reality experiment, "Fraternity Life" (Wednesdays at 10:30 p.m.), which documents the experiences of a group of Sigma Chi Omega pledges at the State University of New York in Buffalo, provides a glimpse at the customs and cultures of Greek life, and reflects some of the thrills and spills of life among a close-knit circle of men.

From the opening shots of the series, what's most remarkable is how similar fraternity experiences are from school to school and from decade to decade. Here's the old porch with the dirt yard in front, here are the empty, clear plastic cups, the dented silver keg on its side, the nubby, tan plaid couches that surely smell like stale beer and vomit. Here's the exaggerated macho dialect, with its aggressive, confrontational tone, its custom-made shaming techniques and rallying cries. Here's that strange body language, an odd mixture of self-consciousness, shyness and strutting. The aw-shucks posture: hands in pockets, head staring at the shoes, kicking up dust. The campus swagger: chest puffed out, knees loose and casual. And where else on earth can you find guys wearing shirts and ties with shorts and baseball caps?

In fact, the kids on "Fraternity Life" -- their clothing, their dialect, their behavior patterns -- are so similar to those you've encountered before, it's easy to feel like you know them already. Remember the good-looking, cocky guy who's not going to get a bid because he's pissed off too many of the brothers? How about the virgin who's shy around girls, or the tightly wound guy who holds down a job, works out regularly and cleans the house instead of going out to drink? And then there's the guy whose girlfriend is always screaming at him over the phone.

It's almost comforting, in a weird way, to hear the traditional frat-boy banter, passed down from generation to generation, about "psycho chicks" and how "Alex is totally whipped" and he's a "total pussy" for letting "some chick tell him how to live." Then there are those timeless nuggets of wisdom spread between brothers: "Girls always want to play games, and they always want to win." Soothing, isn't it? To call to mind such immortal truths as "Pledge is just another name for being somebody's bitch" and "Strippers have stripper friends."

While the show might shock a handful of wholesome oldsters who stumbled on MTV by accident on their way to PAX, the fact that these guys get really mean about women behind closed doors won't surprise anyone who went to college. When shy pledge Earl makes out with a stripper, his fellow pledge Tim tells everyone she looks like a rat. Even after the two start dating, Tim won't stop referring to her as Earl's "rodent friend," remarking, "She looks good from behind!" as if it's a peace offering. When he runs into them on a date one night, he says to the camera, "What an idiot, wining and dining a stripper!"

When you consider the age of these kids, it's not surprising that they go a little overboard in expressing their confused mix of resentment and need for women -- and that these expressions take the form of macho, we're-the-ones-in-charge comments. Women can brew an equal mix of lust, superiority and bitterness when they're young and left to their own devices.

As irksome and alien as these guys' behavior can seem from the outside, their foibles are easy to treat as a temporary luxury. Unfortunately, our implicit forgiveness of any and all frat-boy shenanigans, when mixed with the perception of immortality created by the insularity of college life and the colossal stupidity of the pack -- particularly the young and drunken pack -- adds up to a lot of potential for disaster. Most college graduates have at least one tragedy to relate, from the guy who drank too much and jumped off a balcony to the kid who got locked out of his room in the frat house, tried to scale a three-story wall and ended up falling to his death.

The boys of "Fraternity Life" reflect less toxic levels of the same boneheaded behavior when they raid a farm in search of a chicken, which they plan to paint gold, and then break into the zoo to steal a "pet" (the local D.A. plans to prosecute). Later, one of the pledges sprays a fire extinguisher into the shower with Alex, who quickly says he can't breathe, but still stays in there longer than seems wise.

While such shenanigans are often chalked up to the bizarre nature of group dynamics -- which have been blamed for everything from the Bay of Pigs to the space shuttle Challenger disaster -- in the case of frat boys, we never really want them to pay a serious price for their stupidity. Quentin Tarantino capitalized on such sympathies best when he placed three clueless college guys in the path of Samuel L. Jackson and John Travolta in the early scenes of "Pulp Fiction." Just when you think these young bozos might get away with their reckless behavior -- just like you did way back when -- they're lying dead on the floor and their assassins are blithely resuming their discussion about cheeseburgers.

Like any group that depends on its members' ability to shelve their personal needs for the greater good, the members of the fraternity deride those who don't subordinate themselves completely. Pledges of Sigma Chi Omega have countless responsibilities, one of which is to show up for military-style lineups, during which the overzealous pledge master interrogates them as they stand at attention. Of course, those who volunteer for this role are notoriously power-mongering sadists, and this guy seems to fit the stereotype. During one lineup, he says to Earl, "You remember when you left your bid party early, you went to a bar with some chicks? That was a very special night, but you said you wanted to leave because there were too many guys there. I'm not gonna forget it, and you have that much more to prove to me." Similarly, those who abandon their personal lives for the group are rewarded: "It impressed me a lot that he was willing to leave his girlfriend on his one-year anniversary," one brother says of Alex.

The self-seriousness of these lineups is hilarious, and impossible for even the participants to maintain. At one point the pledges are supposed to make pledging T-shirts for themselves that are half gold and half blue. Tim gets his mother and grandmother to help them cut gold and blue T-shirts in half and sew them back together. Later, at the lineup, the pledge master notices a hole in one of the guys' shirts.

The camera gets a close-up on a rip in the seam between gold and blue shirts.

Pledge master: "Why is your shirt ripped?"

Pledge master: "It's your fault?"

Absurd military inquiries aside, the conformity of the group serves a purpose, particularly at a giant state school like SUNY-Buffalo that has the population of a small town, and where it's easy to get lost among the crowds. Kids straight out of high school aren't necessarily prepared to figure out how to rent a place, make friends and date on their own. You make it into a fraternity, and you have an automatic social life -- a place to live, a group of men that have your back and hang out with you around the clock, a good way to meet women and, most important, an identity. It's easy to deride the mannerisms and rituals of these kids, but it's also easy to understand why they'd participate.

The question is, do aggressive, conformist fraternity boys grow up to be aggressive, conforming men? Ultimately, what's remarkable about the kids on "Fraternity Life" is that many of the pledges already show evidence of strong-willed, independent behavior in the face of enormous pressure from their closest friends. Despite constant ribbing, Earl says his new girlfriend is "the most honest person" he's ever met, and he refuses to look down on her no matter how vehemently the others urge him to do so. Every pledge in the house imitates Alex on the phone with his girlfriend, but he still considers quitting the frat because it's threatening his relationship. Even Tim, who has a sadistic streak a mile wide, can be remarkably understanding and sensitive. When Alex insults Earl for having a hot temper, Tim tells him to remember that Earl's an only child, but he's a "good kid" and he'll mature eventually.

Fraternities may heighten and aggravate the swagger of young men. But as with any socializing force, some will buy it lock, stock and barrel, and others will veer far from the norm at the first opportunity. For every blustery adult frat boy who spends the rest of his God-given days barking about psycho chicks and whipped little pussies, there will be three or four guys who have discarded the affectations and attitudes of a culture that doesn't fit outside the sacred bubble of college life. Sure, there will always be guys who remain nostalgic for the comforting certainties of Greek life. But if anything, the kids on "Fraternity Life" reflect the challenge of balancing life in a homogeneous inner circle with the complicated requirements of the wider world.