Over your dead body 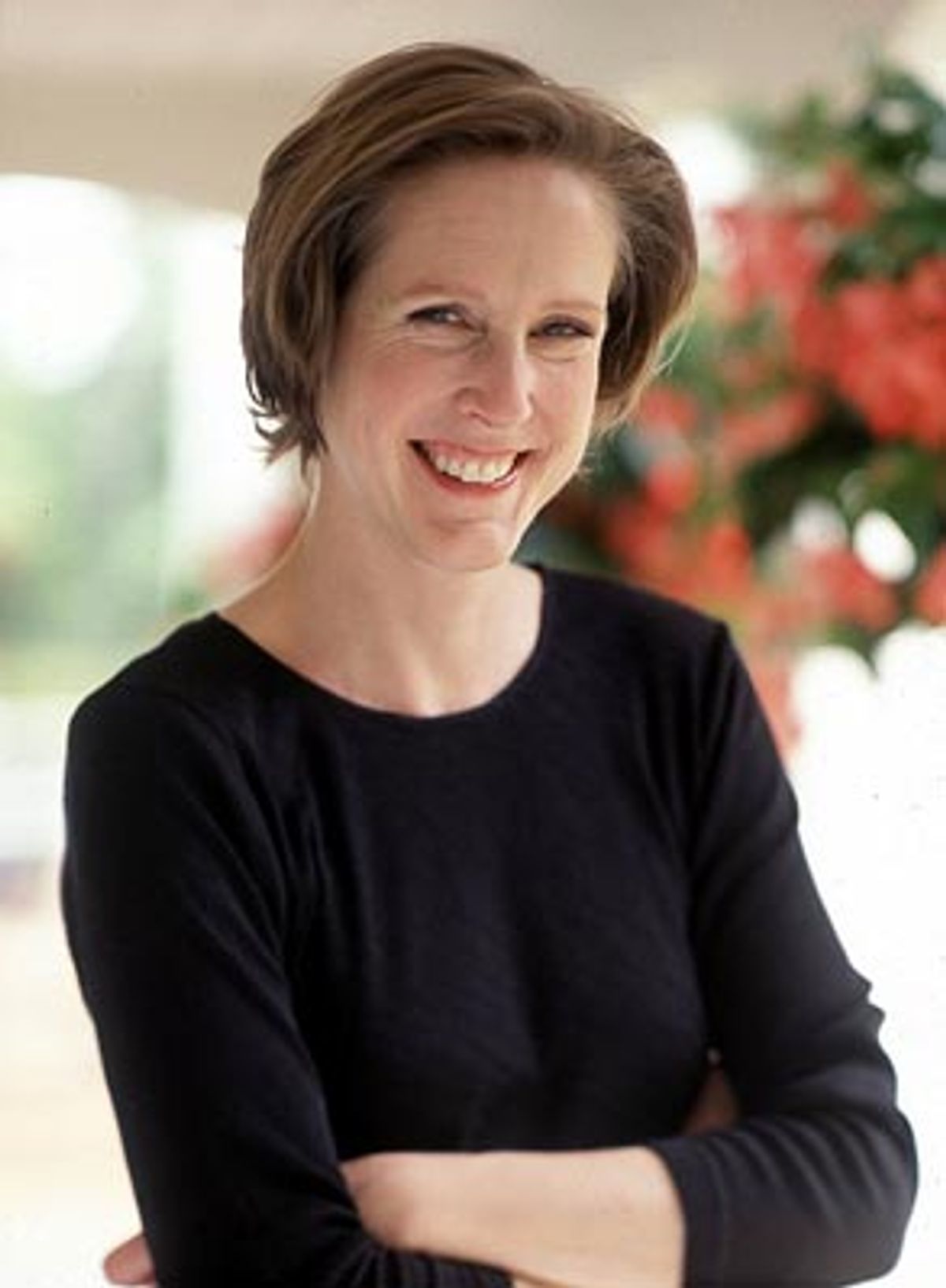 It's a lovely, sunny Tuesday afternoon in California's famous "City of the Dead," the only incorporated city in America in which the deceased outnumber the living. Nowhere is this ratio more obvious than here at the Cypress Woodlawn Memorial Park, where we are looking out on an ocean of tombstones. With the exception of one hearse -- which rolls by at about the same time as the day's lone cloud -- the cemetery is almost empty.

It should be a morbid gathering, just as Roach's book should be a morbid read, with its tours of embalming rooms, crashed jetliners, medical dissecting labs, and Swedish mausoleums. But reading "Stiff" is a funny, intellectually stimulating experience -- one that makes you realize that there really is a chance for life after death. As a cadaver, you can advance medical knowledge (though be forewarned, your body may be used to practice face lifts rather than lung transplants), or you can become part of a human compost pile in Scandinavia. You can even serve time as a crash-test dummy in Detroit.

It's actually a comforting proposition. Roach, a former Salon columnist whose coverage of the "dead beat" gave birth to her book, is a tall, slim, exceedingly alive and vibrant California transplant in her early 40s. She sees nothing macabre about her work. "This isn't a book about death," she explains. "It's a book about dead bodies. They're two very different things."

What kinds of reactions did you get while you were working on the book? Did people just think you were crazy?

No one actually said, "Oh, I think it's disgusting what you're doing," but I get a lot of "huhs?" If you haven't read it, it's a hard book to sum up. Using cadavers to test auto safety, the rate of bodily decay, munitions testing -- most people know nothing about it, so they have no concept of what I write about. But I think that's something that makes the book fresh and interesting, though I guess "fresh" would be the wrong word. But it was a fun book to research for the most part -- not really disturbing at all.

Even the chapter about the "body farm" at the University of Tennessee, where there's that garden full of decomposing bodies?

That chapter is the hardest part of the book for anyone to get through, and it's pretty gross. But you know, most people have no idea what goes on with cadavers behind the scenes.

So you were cool with all the maggots swarming over corpses?

Well, that was pretty bad, mostly because of the smell. It's kind of a sweet smell, but in a cloying way, nothing floral. Something between rotting fruit and rotting meat.

You wrote that the dead body smell stayed on your boots for a long time.

Yes, it was months. I mean it really lingered. I used Clorox. Actually, hey, it's these boots I have now. [extends legs]You want a whiff?

So, yeah. The Body Farm was the grossest thing I saw, a combination of sight, sound and smell, thankfully not taste. I mean, maggots actually make a sound: snap, crackle and pop, just like Rice Krispies, and between that and the blue and unraveling skin ... yes, that was the worst.

I'm going to change the subject now. Did you have any existential moments while you were doing your research? Did what you were learning change the way you thought about your own body, your own life, dying?

Well there was this one cliché moment, when I visited the San Francisco Mortuary College. There was a man being embalmed, and I saw his ID, his information card, his next of kin, what he had done, where he had worked (at a veterans hospital), and suddenly this man wasn't just an anonymous body, he became a person for me. I started thinking about his family, and yes, that was very sad. I remember afterwards looking at the trees and the birds and thinking "God, living is a much better situation to be in." That's sort of the most emotional moment of the book.

Was there any vestigial fear of the afterlife that informed your decision to do this research? Were you afraid of ghosts as a child?

Was I afraid of ghosts? I was always sort of scared of cemeteries, but in a good way. I would go to them at night, because they were creepy and I loved that.

Does where we are right now seem creepy to you?

No, not at all. This is beautiful. A cemetery during the day is a quiet, private place.

I know what you mean. When I was a little kid, and I was going through my first "What is death, anyway?" phase, I was terrified that maybe dead people were walking around pretending to be alive. To reassure me that they were all safely tucked away, my mother took me on a picnic lunch to a cemetery. She told me not to worry, and she showed me how the dead people couldn't get out because they had these big heavy rocks, these tombstones, on top of them. It made me feel so much safer.

Of course she was lying to you, you know that, right?

Oh, yeah, she was lying. Because the rocks aren't over the coffin. And plus, they can get out.

A shovel. A little tiny shovel. That's all it takes.

So Bong and Clarita and Rosita, they're 6 feet below us?

By regulation, they are indeed 6 feet below us. But they are actually just buried in front of the tombstones. You're directly over Clarita right now. They used to not bury them so deep. But then in the 1800s, there was this whole popular theory of miasmas -- these toxic clouds that would hover over graves that were making people sick -- which was totally untrue. That theory was disproven by sanitation experts in the 1920s, but by then the "6 feet under" approach was pretty much in play.

Speaking of being 6 feet under, what do you think of the show?

Well, I've never actually seen it, because I don't have HBO. But in terms of what it shows about preparing dead bodies for funerals, I probably wouldn't be too impressed. After all, I've seen the real thing.

Is it true that nails and hair grow after death?

I don't think so. I think what led to that was the theory of shrunken head. Have you ever seen one?

(laughs) See, this shows that I've been a little too immersed in my subject, as I just assumed that why yes, of course you'd seen a shrunken head. You can see them at places like the Museum of Natural History. They show how tribes would actually shrink down the skulls of their enemies. So yes, when the head is so small it makes the hair look longer, and I've always suspected that that was the reason people concocted the "growing hair" theory.

Even though you like cemeteries, you say in the book that you want to be cremated. Yet, when your mother died, you decided to bury her.

Oh yeah, she was a good Catholic. Buried, funeral -- the whole nine yards.

Now that you know more about what happens to your mother's remains, the decay, the failures of embalming, do you ever think about her underground?

You know, no, I never thought about it before. Wow. This is the very first time.

It doesn't bother me though. I don't feel so strongly about burial that I would want to impose that on her. I personally would rather not be buried, because I just think it's expensive and a waste of space, and I'm just a practical, cheap person and I should remain that way in death. But I wanted to honor her wishes. The decision you make about what you would like to do with your body is really your last act of control.

So how much control would one have? Let's say I don't want to become a ballistics tester, and I don't want to be lying in some decay garden, while someone measures how long it takes for maggots to eat me, but I do want to donate my body to science. How do I sign up?

You donate to a specific institution, like Harvard, or the Mayo Clinic. You fill out the forms through the willed body program of the school. Most of the bodies are donated through anatomy labs, so you are dissected. But what you can do is specify things that you don't want done. For example, you could say, "I don't want to be used, specifically, for cosmetic surgeries." You can select what you don't want, not what you want.

What do you think about our need to control our bodies after we die, from the exact stipulations for funerals to the whole idea of embalming?

It's funny, in Sweden they are so anti-embalming, the idea of dosing one's entire body with these strong chemicals is very repugnant to the average Swedish person. It's done, but people there don't admit it because it runs counter to the country's whole idea of respect for the natural environment. But here, embalming is almost an extension of plastic surgery. And the effects are really remarkable. In the book I have a section where I describe seeing a guy embalmed, and it's really amazing. There is color in the fluid that they pump into the corpse, so suddenly the guy's face had a rosy glow, and he was no longer gaunt. I couldn't help but think, "Wow, this guy looks great! Sign me up!"