Aided by Sigourney Weaver and Jon Voight as evil grown-ups, this adaptation of the beloved children's book crackles with un-Harry-like life. 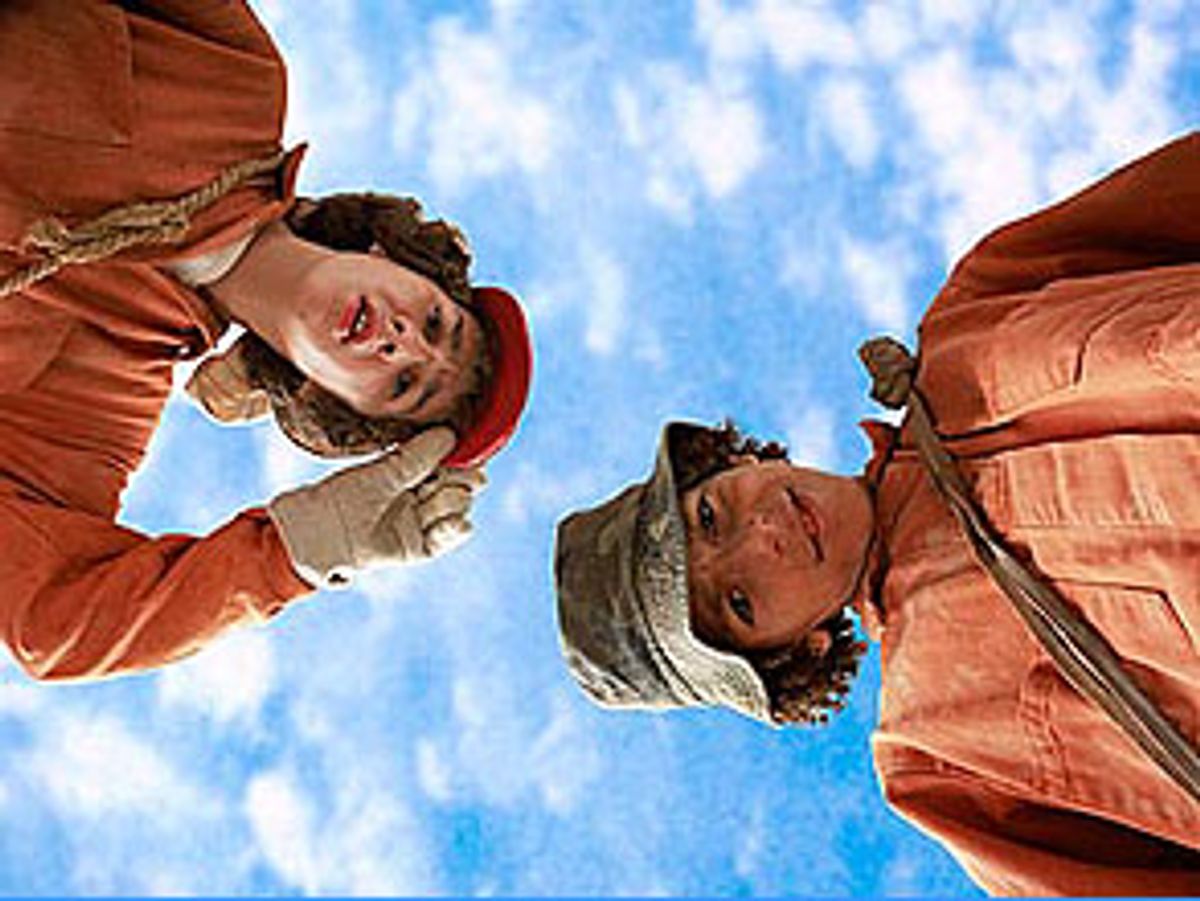 Louis Sachar's fiercely beloved kids novel, "Holes," is a fairy tale about juvenile delinquents, a dash of "Charlie and the Chocolate Factory" with a smidgen of "Cool Hand Luke." It's got a gypsy curse, Wild West outlaws and buried treasure, but it steps to a funky beat. Andrew Davis' film adaptation sticks pretty close to the book, probably because Sachar himself wrote the screenplay. The movie is a similarly ingenious clockwork contraption that interlocks the most unlikely combination of stories without ever jamming its gears.

The movie begins with two scenes: a kid slipping off his shoe and sock to offer his naked foot to a rattlesnake, and a pair of high-end sneakers plummeting out of the sky to land on the head of our hero, Stanley Yelnats, as he's walking down the street. Casting Shia LaBeouf as Stanley is the film's major departure from the book: The literary Stanley is "overweight," whereas LaBeouf is more of your basic nebbish, about as nerdy as you'd expect someone named Stanley Yelnats to be. Stanley gets arrested and convicted of stealing the sneakers from an auction benefiting a homeless shelter; turns out they once belonged to a famous ballplayer.

Offered a choice between jail and a place called Camp Green Lake, an establishment purporting to reform misguided youths, Stanley opts for the camp, only to discover that it features no lake and precious little green. In fact, that kid in the first scene was a "camper" there who decided a snakebite was better than staying. The campers are ordered to dig a large round hole, 5 feet deep and 5 feet in diameter, every day, in the brutal Texas heat. Thousands of holes pock the vast, parched expanse of dry lake bed surrounding the camp. And then there are the yellow-spotted lizards. Don't even ask about them.

For a while, "Holes" follows Stanley's rocky adjustment to camp life, the multiracial tent-mates who haze him a bit, show him the ropes and sort out a place for him in the group's hierarchy. That's how Sachar roots his story in the quotidian realities of boys in their early teens, no matter how sweet and fanciful things get later on. Every kid gets a nickname -- X-Ray, ZigZag, Armpit -- and every kid has a place in the pecking order. Soon, Stanley's compassion for the group's runt -- a pushed-around, nearly silent kid everyone calls Zero (Khleo Thomas) -- wars with his desire to fit in. When the boys start calling him Caveman, LaBeouf's face flushes with a silly, but eminently understandable pleasure. He's obviously never been accepted by kids this tough before, and the film doesn't discount how good that feels or how important it is, just as it doesn't minimize the price Stanley pays for it.

The authority figures at Camp Green Lake present three ripe roles for the veteran actors who play them, including Tim Blake Nelson's platitude-spouting counselor, Mr. Pendanski, and, most delightfully, Jon Voight's Mr. Sir, a tattooed, cowboy-hatted tyrant with a catcher's-mitt face, a weirdly round and buoyant gut and a stiff, bowlegged gait that makes him look like an arthritic frog walking upright. He expresses himself exclusively in snarls. "This ain't no Girl Scout camp" is his favorite refrain.

Both of these specimens quake before Sigourney Weaver's Warden Walker, a flinty number who spends most of her time in air-conditioned comfort, applying nail polish laced with rattlesnake venom, except when one of the boys finds "anything interesting" in his hole of the day. Though she maintains that the purpose of all that digging is to "build character" (i.e., prepare them for a life of pointless labor, the adults present might speculate), it's obvious she's looking for something -- she gets practically orgasmic with greed whenever she thinks she's close.

In counterpoint to Stanley's gritty dilemma are two threads of back story -- one set in Latvia and involving a pig, an empty-headed girl and the old gypsy lady (Eartha Kitt!) whose curse has supposedly afflicted the Yelnats clan since Stanley's great-great-grandfather failed to fulfill a promise to carry her to the top of a mountain to drink from a spring. The other relates the history of Green Lake, which was once lush and idyllic, until the local townsfolk lynched a black onion farmer for falling in love with the schoolmarm (Patricia Arquette). After the lynching, Arquette becomes just about the cutest darn homicidal highway robber imaginable, known as Kissin' Kate Barlow for the scarlet lip prints she leaves on her victims. The deft reconciliation of these far-flung plots (not to mention a side story about the efforts of Stanley's hapless father, played by Henry Winkler, to invent a shoe deodorizer) is one of the chief pleasures of both film and book.

As Stanley, LaBeouf is a likable actor, but, minus the extra pounds, perhaps not enough of a misfit to win the identification of the under-13 set. Besides, Thomas, with his elfin chin, mop of nappy hair and watchful eyes, steals every scene he's in. You don't have to know anything about Zero's past to tell that this kid has been through stuff that would level most adults. At one point he confesses to Stanley that he can't read and asks the older boy to teach him. When Stanley begs off, it's hard to see how he can withstand Zero's cool, level gaze. Between the heart-rending Thomas and the scenery-chewing Voight and Weaver, LaBeouf has a hard time making much of an impression.

"Holes" the film manages to incorporate all of "Holes" the book without suffering from a single slow patch, a sharp contrast to Chris Columbus' lugubriously dutiful "Harry Potter" adaptations. That's all about the source material -- Sachar is a more expert and economical storyteller than J.K. Rowling, and his boys feel decidedly more real. They're complicated creatures, capable of both bullying and generosity as they negotiate the treacherous path to manhood, one hole at a time.