This epic documentary about a family struggling with poverty and welfare has the density of Balzac -- but the "system" it portrays works surprisingly well. 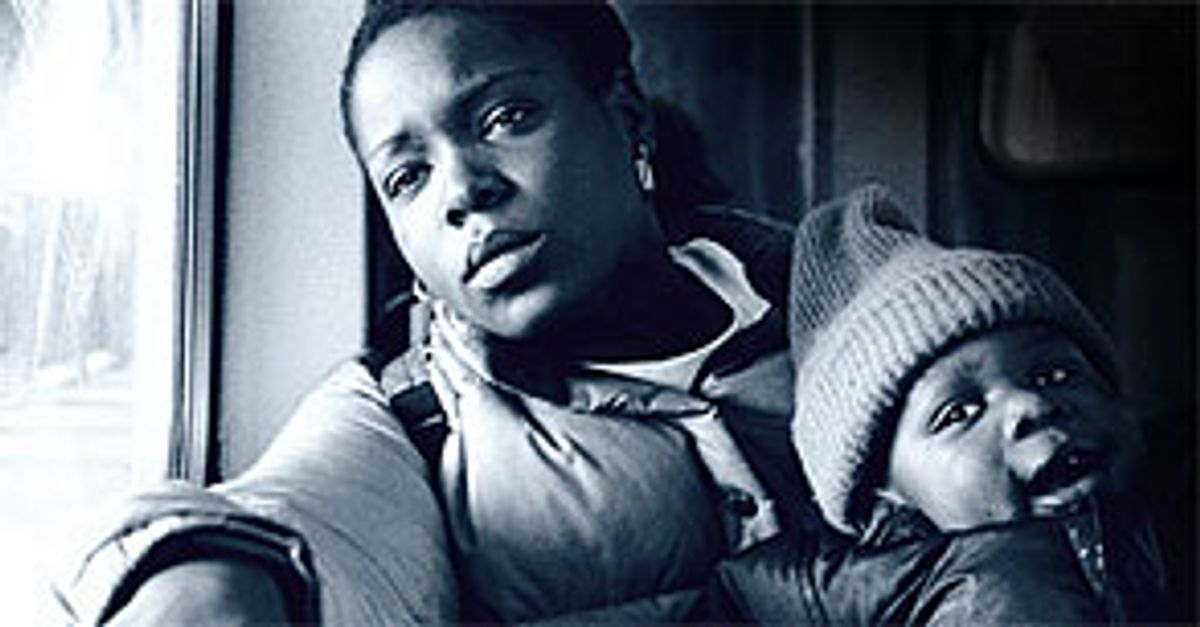 What to make of an epic documentary, the product of five years of exhaustive work, that leaves a viewer with the opposite impression from the one the filmmaker intends? Jennifer Dworkin's absorbing "Love & Diane" (now playing at Film Forum in New York, with other cities to follow), about an African-American family living on public assistance, is as rich and teeming as a Balzac novel. Settling in for its 155 minutes of travails, knockdown drag-out fights, denunciations, reconciliations and striving feels like sinking into an armchair with "Pere Goriot" -- only this family is struggling to hold on to a shabby four-room apartment in Brooklyn rather than an ill-gotten fortune.

However, the press materials for "Love & Diane" also maintain that the film "offers a provocative look at the Byzantine 'system' that aims to help but as often frustrates the family's attempts to improve their situation" and "a powerful indictment of a society that renders improvement almost impossible for those living on its economic margin." This is not especially true. That's one of the drawbacks in creating a documentary like "Love & Diane," an intimate and finely textured portrait of several messed-up lives; it accomplishes what Dworkin and her subjects wanted, by letting us see the Hazzard family as more than just "statistics," but it also makes it impossible to peg them as mere victims of a broken bureaucracy. In fact, "the system" as depicted in "Love & Diane" seems to work pretty well. Poverty worsens the Hazzards' problems, to be sure, but -- being human -- they are, more often than not, their own worst enemies.

The movie opens with Diane Hazzard and five of her six children, who were taken away from her and put into foster care 10 years earlier, united and holding hands in a Diane-imposed prayer circle in their new apartment. (Diane's eldest son, Charles, we later learn, has killed himself.) Love, Diane's second-oldest daughter, is 18, HIV-positive and the mother of a newborn boy, Donyeah. The film follows the family through a bumpy few months, after which Donyeah is also put into foster care and the household splinters. Then both Diane and Love try to reassemble their lives, Diane by getting her first real job and Love by getting her son back.

The connection between Diane and Love is filled with reproaches, guilt, neediness and anger, which makes it much like a lot of other mother-daughter bonds. If there's a quintessential refrain in "Love & Diane" it's something Diane says about midway through the film when she's describing her childhood living with relatives after being deserted by her alcoholic mother: "I never had a mother's warmth or a mother's love." Her own daughter feels the same way, having spent 10 years in foster and group homes, pining for the family she lost. "I can never be happy," Love complains.

Love hopes her son will salve these old wounds. "I was having my baby for myself, so there was something in my life that makes me feel good," she says. "The more I had, the more I'd be able to fill the lonely space in myself" is how Diane describes the same impulse, with the benefit of a couple decades worth of hard-earned hindsight. Each woman's suffering is palpable -- Love describes the six years she lived in a group home called St. Agatha's as "hell" -- but in their search for comfort they only foment more unhappiness. Even Love's younger brother, Willie, feels deprived and starts skipping school. "He says I don't do nothing for him," Diane remarks helplessly. The overwhelming impression left by "Love & Diane" isn't of a family ground down by the system, but of a handful of people catastrophically starved for love.

Yet both women seem bright (Love talks of wanting to become a writer), and Diane, clean for several years after kicking the crack addiction that lost her her kids, fizzes with positive energy. (This would be annoying in someone facing better odds, but here it comes across as heroic.) And then there's the irresistible Donyeah; if, like me, you've ever puzzled over the term "bouncing baby," here's the living embodiment, a chubby-cheeked emissary of hope. You can't help rooting for them, and so when Love starts screwing up -- neglecting to apply for women, infants and children (WIC) benefits and failing to buy milk for the baby -- it seems both inevitable and unendurable. She quickly loses interest in caring for Donyeah and in one bleak but telling scene, as Diane coos "You hungry?" to the baby, she retorts, "I'm hungry too! You don't care about me!"

There's a fight in the apartment, social workers get called in, Donyeah is put in the custody of his aunt and, eventually, a foster mother, and the subsequent loss in benefits means the family has to move out of the apartment they were once so thrilled to share. The rest of the film follows Diane's job search and Love's long fight to regain custody of Donyeah. Diane applies for a training program, an excruciating process that involves facing two white men in suits, confessing frankly to her past misdeeds and lack of work experience, and still trying to sound like a viable prospect. The scene makes you realize just how much quotidian courage it takes to pull your life out of the gutter.

Love presents a tougher case. The depression that once plagued her (and nearly drove her to suicide) returns, along with a perverse self-thwarting streak. She knows, having been told over and over by her lawyer, that the one thing she must do to get Donyeah back is attend weekly therapy sessions, and yet she's a chronic no-show. "I don't even know why," she says. "There's things I want to do but when it comes time for me to do it, I don't do it. And I don't know why." She's got a new apartment she shares with a sweet boyfriend who brings home houseplants on the theory that they "relieve stress," yet we overhear her on the phone with Diane, wheedling, "Mom, I miss you. When can you come over, Mommy?"

Is Love ready to raise a child or is she still too much of a kid herself? Given her temper (she stabbed a wall with a knife during an argument with her sister) and her slipshod care of the infant Donyeah, it doesn't seem unreasonable that the authorities have taken the baby away, or that they've insisted that if Love can't manage a weekly therapy appointment she might not be up for more onerous responsibilities either. Their reasons for separating Diane from her children -- her crack habit had left the entire family homeless and foraging in garbage cans for food -- seem even more sound. Furthermore, the foster mother who cares for Donyeah while Love petitions for his return unsurprisingly falls in love with him, and the film's most heartbreaking scene shows her weeping as she packs up his things to send him home; this is no St. Agatha's.

Real life, it turns out, rarely lends itself to polemics. It's actually a testament to the power of "Love & Diane" that it's not the indictment it's purported to be. The tribulations of the Hazzards, however magnified by lack of money and opportunity, have something eternal to them. "Systems" come and go, but the heavy weather between mothers and daughters and the cruel pangs of growing up are forever.