The U.S. should seal its commitment to a free Iraq by releasing captured documents and its own archives, so Iraqis can examine their own past. 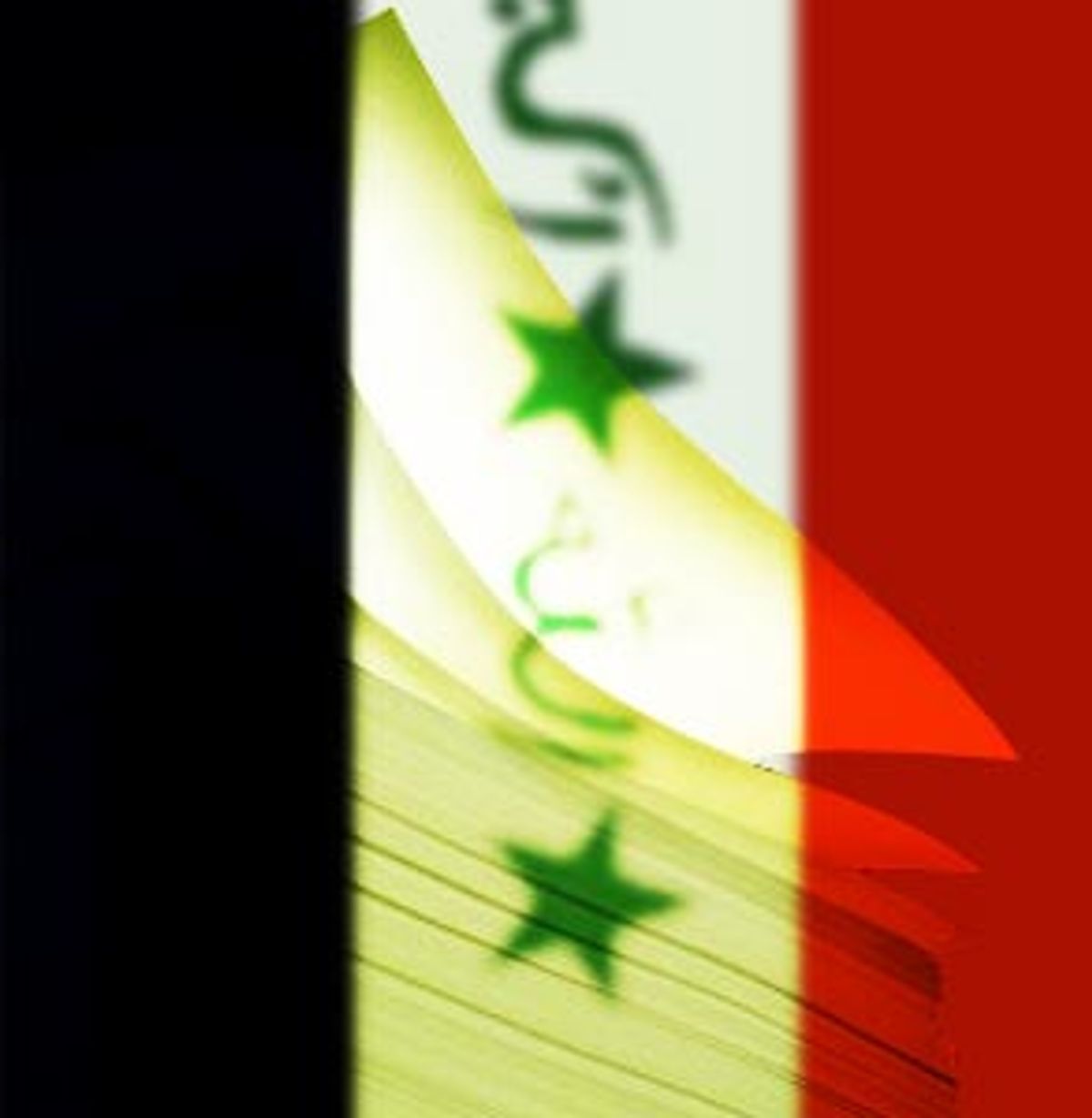 The Saddam Hussein era and the war that ended it are rapidly slipping into history, but Iraqi historians, long shackled by Baath censorship, repression and secrecy, are going to need a lot of help if they are going to be able to reconstruct, document, debate and ultimately digest what has happened to their country.

Despite the departure of the ancien régime and the incipient chance for free intellectual and scholarly activity, the legacy of decades of dictatorship and the chaos and destruction of war and its aftermath pose daunting challenges to the emergence of serious historical inquiry in post-Saddam Iraq. Yet, as in other post-totalitarian transitional societies, this enterprise is more than an abstract, "ivory-tower" exercise: It is essential to the already fragile hope for emergence of a new generation of Iraqi students, scholars, journalists and citizens capable of transcending the poisonous brainwashing, isolation and indoctrination of the past.

The Bush administration constantly affirms the need for Iraqis to govern themselves. That will require helping Iraqis come to terms with the past, and with their relationship with the United States, by investing in the education, training and intellectual development of the pillars of civil society --journalists, lawyers, historians, writers and others who dominate public discourse.

So far, the U.S. focus has been somewhat understandably centered on military tasks. But the lamentable failure of coalition forces to safeguard Baghdad's national museum and library, allowing the ransacking of their priceless and irreplaceable archaeological treasures and historical manuscripts, suggests that Washington needs to start reorienting its battle plan before it loses the contest for the goodwill of Iraqis -- who appreciate Saddam Hussein's eviction but bemoan their national humiliation.

As a historian involved over the past decade with various efforts to work with scholars and archives from former communist dictatorships, I would suggest a few potentially useful steps.

First, the United States should support the establishment of an Iraqi "truth commission" of the sort that has worked so effectively in uncovering, documenting and presenting the abuses of the former regime in dictatorships ranging from South Africa to East Germany to several military regimes in Central and South America. The U.S. should also pledge to provide all documentation at its disposal as evidence. Such inquests can gather not only government, military and police documents but also personal testimonies in the form of interviews, letters and diaries. (Kanan Makiya's book "Cruelty and Silence: War, Tyranny, Uprising and the Arab World" provides examples of how powerful this evidence can be.)

Second, the U.S. should publicly commit itself to returning all captured Iraqi archives to Iraq, and to opening archives for scholarly research both in Washington and Baghdad. Although vast quantities of such materials were undoubtedly removed from Iraqi ministries and Baath headquarters before the war started, and much was destroyed or lost in the bombing, burning and looting, it is clear that both U.S. military and intelligence forces have seized and continue to acquire historically important records and files as they consolidate control over the country.

Obviously, it will take some time before those who control such documents are finished exploiting them for immediate operational purposes. But rather than letting them disappear into classified oblivion, it would be a gesture of goodwill for Washington to state, as a matter of principle, that they will be released for study as soon as feasible.

Third, in addition to the humanitarian aid that is obviously the first priority, U.S. and coalition governments, together with the United Nations and philanthropic organizations, should aid devastated Iraqi educational institutions in acquiring Internet capabilities and other resources, and in participating in international scholarly activities -- so that students and scholars, especially younger ones, can gain access to a wider array of information sources and begin international exchanges with colleagues that were until now politically impossible. (The situation in Iraq now is in some ways reminiscent of post-communist Russia and Eastern Europe, when economic and social hurdles rose up to cripple academic institutions just as censorship and "party line" barriers to free inquiry were falling.)

Fourth, now that the Saddam and Baath regime are gone and the war against them is essentially won, there is no plausible national security reason (or excuse) for Washington to keep secret most of the thousands of records documenting the quarter-century of relations with Saddam -- including those dating from the Iran-Iraq war, when U.S. officials supported Baghdad as a bulwark against the spread of Khomeini-ism.

As ever, the Arab world (not to mention much of Europe) is filled with conspiracy theories about America's motives for and conduct of the war, many revolving around its past relationship with Saddam (for example, Donald Rumsfeld's role in 1983 as a Reagan administration emissary to the dictator). That relationship, it seems clear, was hardly as innocent as many Americans presume, nor quite as sinister as many Arabs fervently believe (or at least no more cynical and realpolitik than the policies of other Western countries). Bt a wholesale, expedited declassification of important documentation, including materials from intelligence agencies normally exempt from rapid disclosure, need not endanger the few technical or operational details that genuinely require secrecy -- and such a release would be the best antidote to uninformed speculation. It would also help American and other scholars more accurately examine the origins and evolution of the U.S.-Iraqi confrontation.

The Bush administration has espoused a vision of the new Iraq as an Arab analogue of a post-World War II Germany or Japan, whose democratic emergence might have a positive ripple effect throughout a deeply skeptical Arab world. But for that to happen, Iraqis themselves -- not American spinmeisters, propagandists or civil servants -- must be able to discover, dissect and disseminate, in Arabic, the stories and lessons of the Saddam era, in a plausible, documented and convincing way. And that will require evidence and support that only the United States can provide.

Having stood idly by while Iraqis looted their own history, the least Washington can do is provide a good example by returning its own war booty.