This cautionary tale about Asian-American suburban teens features predictable stereotypes -- the smooth operator! the jackrabbit sociopath! -- and doesn't tell us anything new. 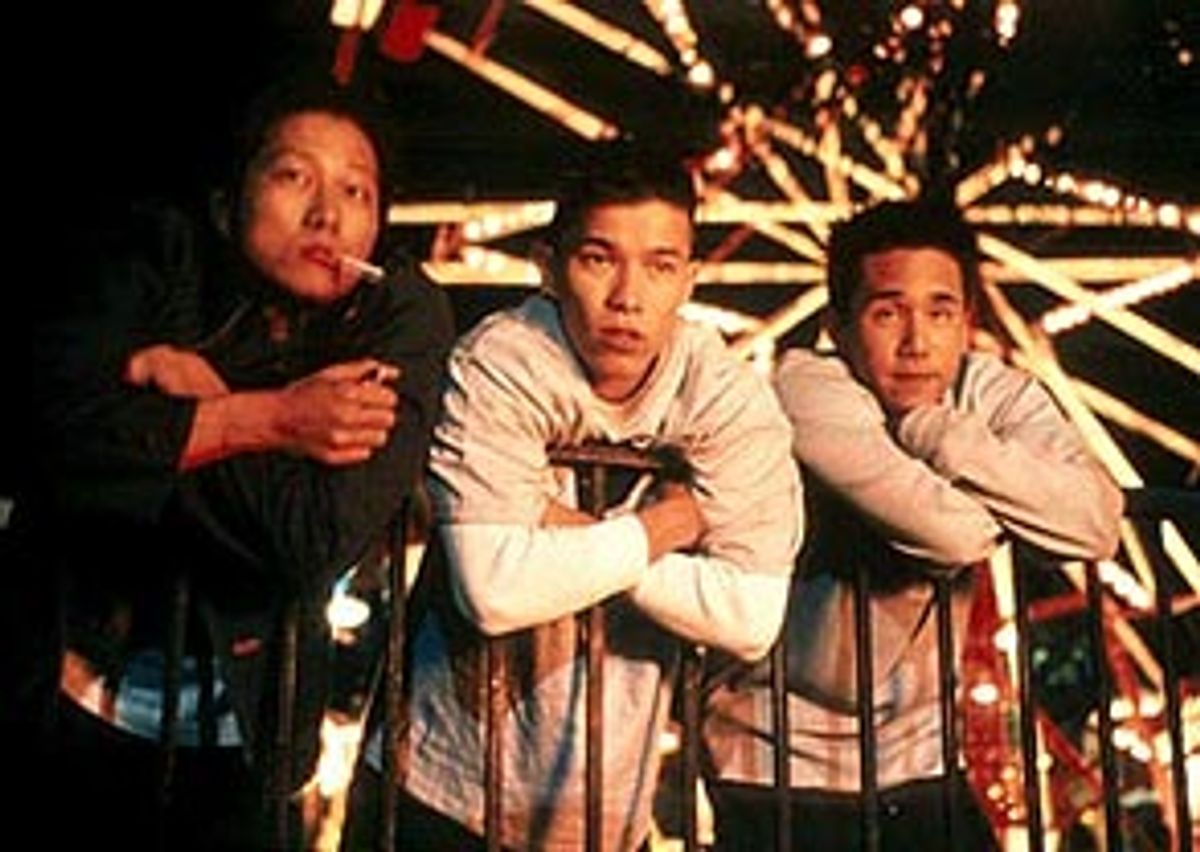 "Better Luck Tomorrow" plays as if Bret Easton Ellis had written an "Afterschool Special." It's a cautionary tale (if you sell test answers or hang out with the wrong crowd or start taking drugs, you're headed down a bad road) populated by blank privileged youth. The movie feels like one long "uh-oh." The fact that the young characters are Asian-American is meant to give it some muckraking distinction, a report on a group we haven't seen in the movies before. And no doubt that's what will attract Asian-American teenagers to it. But really these kids could be of any ethnicity, and the rote, entirely unsurprising course of the movie is nothing different from what we've seen in dozens of other youth-in-trouble movies.

If anything distinguishes the approach of director Justin Lin it's that he has used a smattering of rock-video techniques to make the picture look sleek and with it ("Better Luck Tomorrow" was distributed by MTV's film division). He's got to do something to occupy himself since he has no discernible talent for directing actors (only Karin Anna Cheung, as the hero's girlfriend, shows any real presence) and since the screenplay (which he co-wrote with Ernesto Foronda) is given to lines like, "The morning after I lost my virginity, we won the national championship." The main characters divide easily into stereotypes -- the smooth operator, the good kid gone wrong, the hardened thug, the jackrabbit sociopath.

So much has been written about the pressure put on Asian kids to excel that I expected the movie to tackle it in some fashion. The only way the movie addresses that topic is when the main character, Ben (Parry Shen), the good kid who's led astray, tells us that he enjoys doing crazy and criminal things because it's a way for him to do what isn't expected of him. But most of the time the motivation isn't above the bored-with-suburbia level. But since every 16-year-old kid is bored with suburbia, what does that tell us?

"Better Luck Tomorrow" follows a consistently predictable arc. In some sequences, you can tell not just what's going to happen next, but what shot is coming next. And the movie's weird mixture of moralism and affectlessness cancel each other out.

For anyone looking for an interesting treatment of this topic, I'd suggest getting hold of Denise Hamilton's 2001 mystery novel "The Jasmine Trade," the story of rich Asian kids sent to live by themselves in America so they can go to high school here and qualify for American colleges. Hamilton not only tells a good story, she gives you the sense that she's opening up an entire social subculture. And if the kids in her book are hell-bent on self-destruction, they're also believable characters -- both childish and jaded, hurt and hardened. "The Jasmine Trade" tells you something you don't know. "Better Luck Tomorrow" is so much like every movie of the week you've ever seen about teens in trouble that you could probably relate the plot accurately if you stayed for half of it.