I don't like Pepsi, and I never liked the yodeling Colombian Britney clone. Then I saw the TV ad. 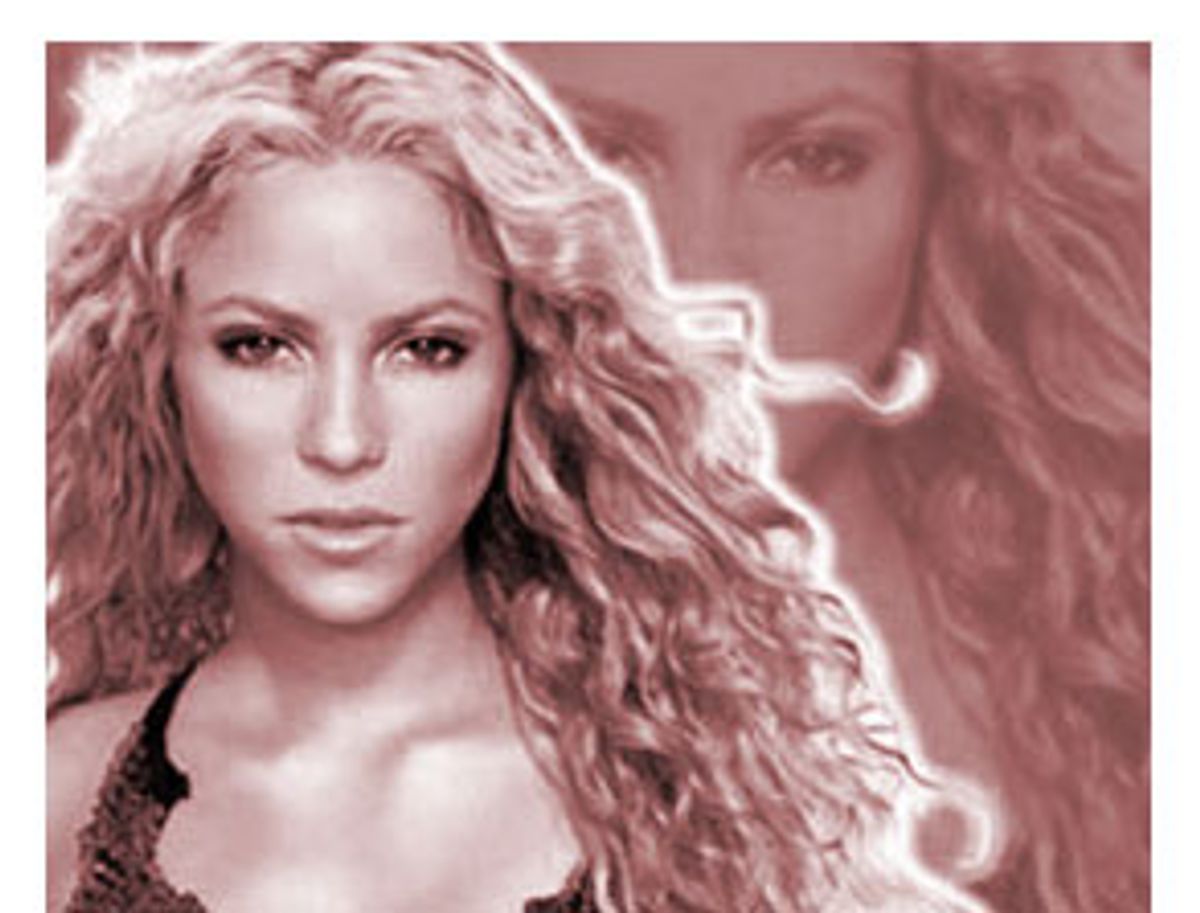 Count me among the music snobs who have willfully ignored the writhing, grinding singer known as Shakira since she yodeled her way to America in 2001 with her first English-language CD, "Laundry Service." I wondered how the Colombian hottie -- the third point on that Christina-Britney axis-of evil girl music -- could hold anything for me, a child of rock 'n' roll. How could that tan tummy, those bleached-blond locks and ample, um, vocal chords, be worth more than a salacious spread in Rolling Stone? I looked the other way at the gym when her videos played on the TV above my elliptical trainer. I sniffed at the idea of her doing an "Unplugged" CD. I snorted in disbelief when I heard that Gabriel García Márquez calls himself a fan.

Then I saw the Pepsi commercial.

If you watch the WB, UPN, Fox or any station that airs prime-time teen dramas, you've probably seen it, too. The spot goes like this: It's late at night. A geeky clerk is closing down the minimart after a long day of hawking chips and beef jerky, mopping the floor, when he sees her: Shakira -- or at least a life-size cardboard cutout of her, propped up at the end of an aisle as part of a Pepsi promotion. Our geek looks around and, seeing he's completely alone, drops his mop to embrace the inhumanely rigid image of the petite singer.

The music starts; it's "Objection (Tango)," the first cut from "Laundry Service." His sheer desire turns cardboard Shakira into the real thing, all flesh and hair. They tango. He's in heaven. And of course, she drinks Pepsi.

I have never had an ad work such magic on me. But the effect wasn't the intended one; I've always been a Coke drinker, and always will be. The Pepsi spot did make me want to possess Shakira, on CD. Immediately.

Add to this Shakira herself, and you have something way more potent than Pepsi. When the camera stares down the short grocery aisle to find live Shakira striking a pose worthy of Elvis, I was had. And when she gets body to body with the clerk and smiles in the most mischievous way, it's clear she's in on the joke. Who cares about the fucking Pepsi? These 30 seconds are owned by Shakira. This ad stands in marked difference to the overt way Pepsi usually peddles its cola through pop music. Last year we had the all-American pop-tart Britney singing the branded words "Joy of Pepsi." Beyoncé Knowles has just done a minute-long spot in which she performs a highly produced and dramatic version of "The March of Carmen," with the lyrics rewritten to tell the story of a guy named Zeke who wants a -- guess what? -- Pepsi. [You can view it here. ] While you couldn't miss the point with Britney or Beyoncé, the Shakira spot simply doesn't work as a vehicle for selling soda. What it does do, and remarkably well, is plant that little seed of a perfect pop song, along with an unforgettable image or two, in heads across America.

"Laundry Service" doesn't quench my thirst for Shakira like the ad does -- that pose, that sway, that smile! But I like it so far. There's a song with overtones of the Cure, and another one that genuinely rocks. Still, I have yet to get past song No. 6. Around then I start to think back to the Pepsi dance, to crave that beat and accordion sound, and I tap the "back" button until it returns to No. 1. And then Shakira comes alive all over again.