For their latest album the New Jersey indie rockers cut the distortion in favor of a smooth and relaxed jazzy sound. 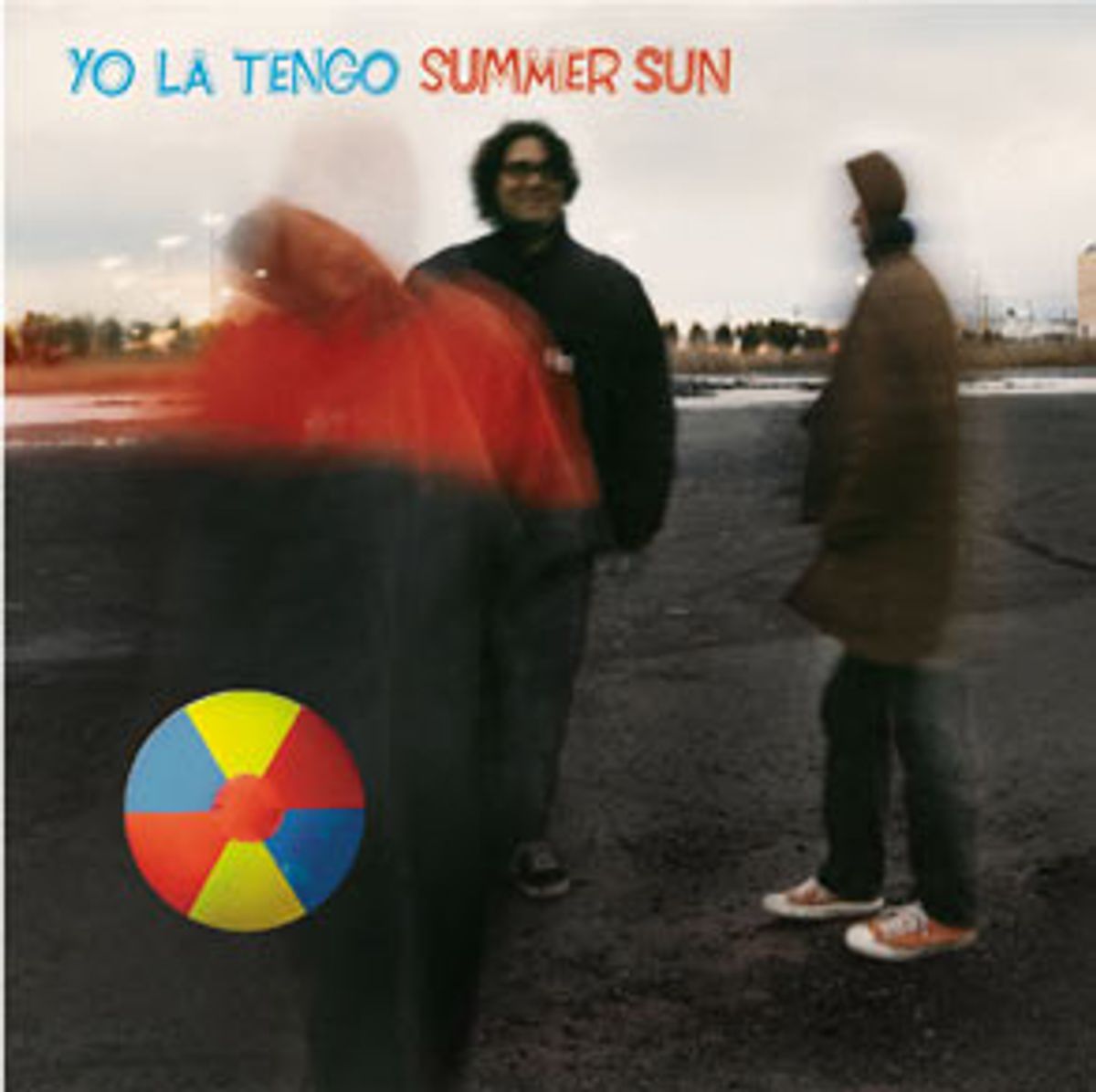 After 17 years in the music business, Yo La Tengo hardly requires introduction. Spanning the chasm between fuzzed-out Teenage Riot rock and slow-core balladry, the Hoboken, N.J., trio's discography is littered with records that challenge the idea of what indie rock is or should sound like. In 2000 the band's brilliant album, "And Then Nothing Turned Itself Inside Out," raised the bar even higher with a startling exercise in restraint and subtlety.

With "Summer Sun," the eargerly anticipated follow-up, Yo La Tengo breaks little new ground, instead opting for a reflection of records past. On several songs, like the 10-minute-plus "Let's Be Still," ethereal keyboard and muted trumpet coalesce in jazzy vamps in the style of last year's "Nuclear War" EP. Carefree songs like "Season of the Shark" and the organ-driven "Winter A-Go-Go" recall their eclectic LP "I Can Hear the Heart Beating As One" from 1997. Elsewhere, as on "Don't Have to Be So Sad" and "Little Eyes," there are hints at the efficient minimalism of "And Then Nothing."

Diverse, yet cohesive, "Summer Sun" is a pleasantly quiet album for summer afternoons spent sipping lemonade on the front porch, watching the shadows move across the lawn.

"Summer Sun" is out now on Matador Records.