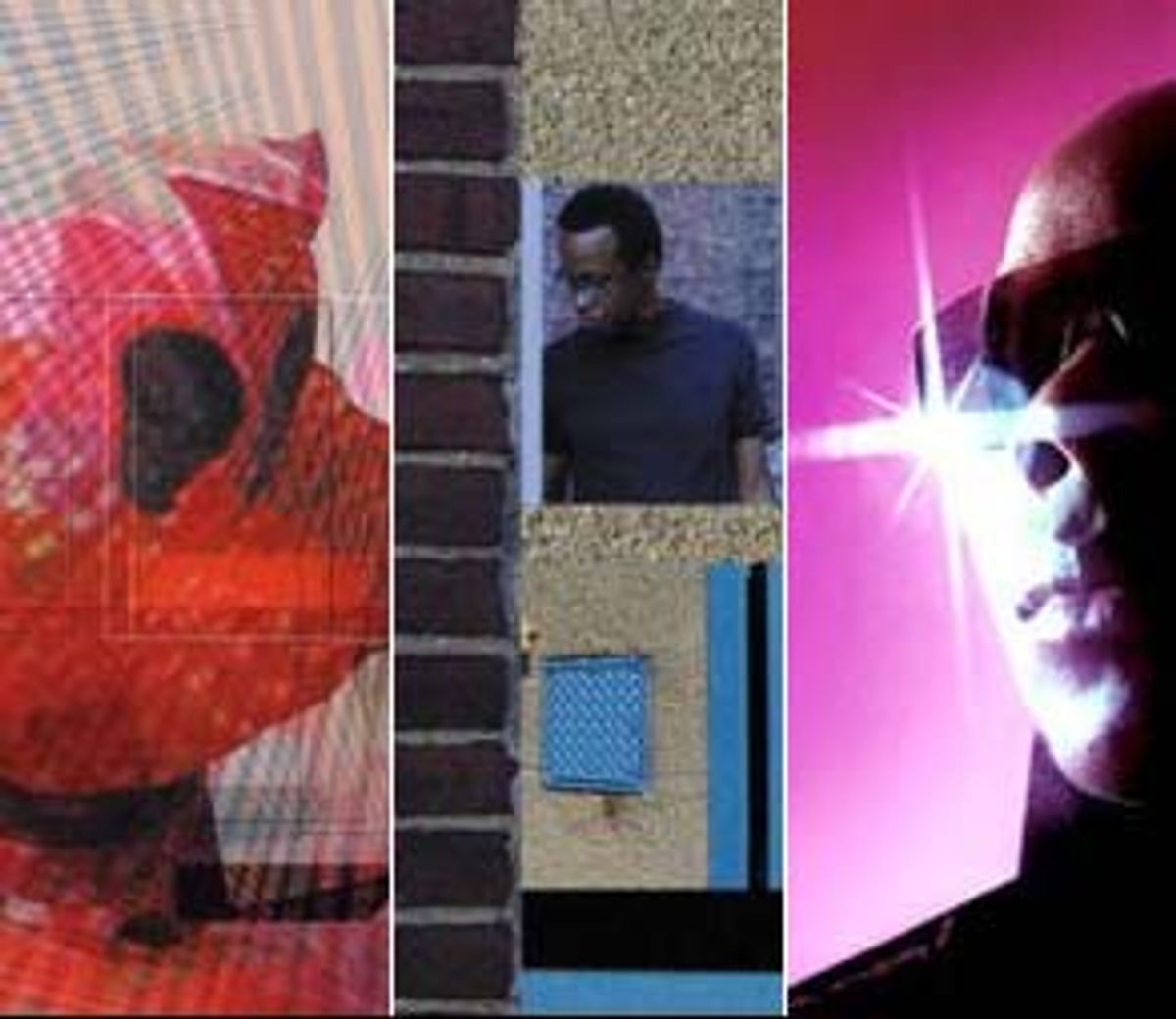 Anyone familiar with the names involved with "Antipop Consortium vs. Matthew Shipp" could be forgiven for having mixed feelings about what they might find when taking off the shrink wrap. Antipop Consortium, or APC, was among the more deft and adventurous of the red-hot Brooklyn underground hip-hop scene before disbanding in December 2002. Pianist Matthew Shipp, especially through his work directing Thirsty Ear Records' avant-jazz "Blue Series," is rapidly becoming one of the most prominent figures of New York's downtown jazz scene. But no matter how skilled the performers, rap hybrid records have always had a tendency to be bland (Branford Marsalis' "Buckshot Le Fonque") or awkward (Guru's "Jazzmatazz" series).

Fortunately, the title of the first song, "Places I've Never Been," proves to be a good indicator of what's in store. Instead of merely adding window dressing to the rhymes, Shipp's quintet (Khan Jamal on vibes, Daniel Carter on trumpet, Guillermo Brown on drums and William Parker on bass) is an equal partner, providing engaging melody, danceable grooves and trick-shot percussion to replace APC's trademark space age production. The MCs are similarly inventive on the mic, dropping metaphysical rhymes while experimenting with meter and tempo. At times (like on the infectious "Staph") they even freely improvise with Shipp and Parker as if they were members of the band and, for the most part, it sounds fresh and remarkably organic.

Shipp continues in the same vein on his most recent Blue Series solo record, "Equilibrium." He is back with Parker and Jamal, and brings in Gerald Cleaver on drums to round out his quartet. Also present is gearhead Chris Flam, who has worked with hip-hop experimentalist DJ Spooky and played on Shipp's previous Thirsty Ear release, "Nu Bop." The music on "Equilibrium" is among Shipp's finest work, his compelling lyricism on piano sharing space with propulsive grooves, electronic effects and even breakbeats. The effect is stunning -- an improvisational jazz record that is beautiful, danceable and approachable.

Beans is the first former APC member to step out on his own with "Tomorrow Right Now." Released on the same label (Warp) and working with the same producer (Earl Blaize) as the last two APC records, Beans' solo debut is pretty much what it claims to be: a glimpse of a possible hip-hop future where oscilloscopes and titanium drumbots make the new funk. Blaize contributes a vibrant mix of Nintendo samples and angular beats, while Beans, the self-described "New Wave Vandal," varies his delivery between old school beat box and beat poetry on one hand and breathless Deltron bombast on the other.

"Antipop Consortium vs. Matthew Shipp" and "Equilibrium" are out now on Thirsty Ear Records.

"Tomorrow Right Now" is out now on Warp Records.