We all die alone

News flash: Having children won't save you from a lonely old age. 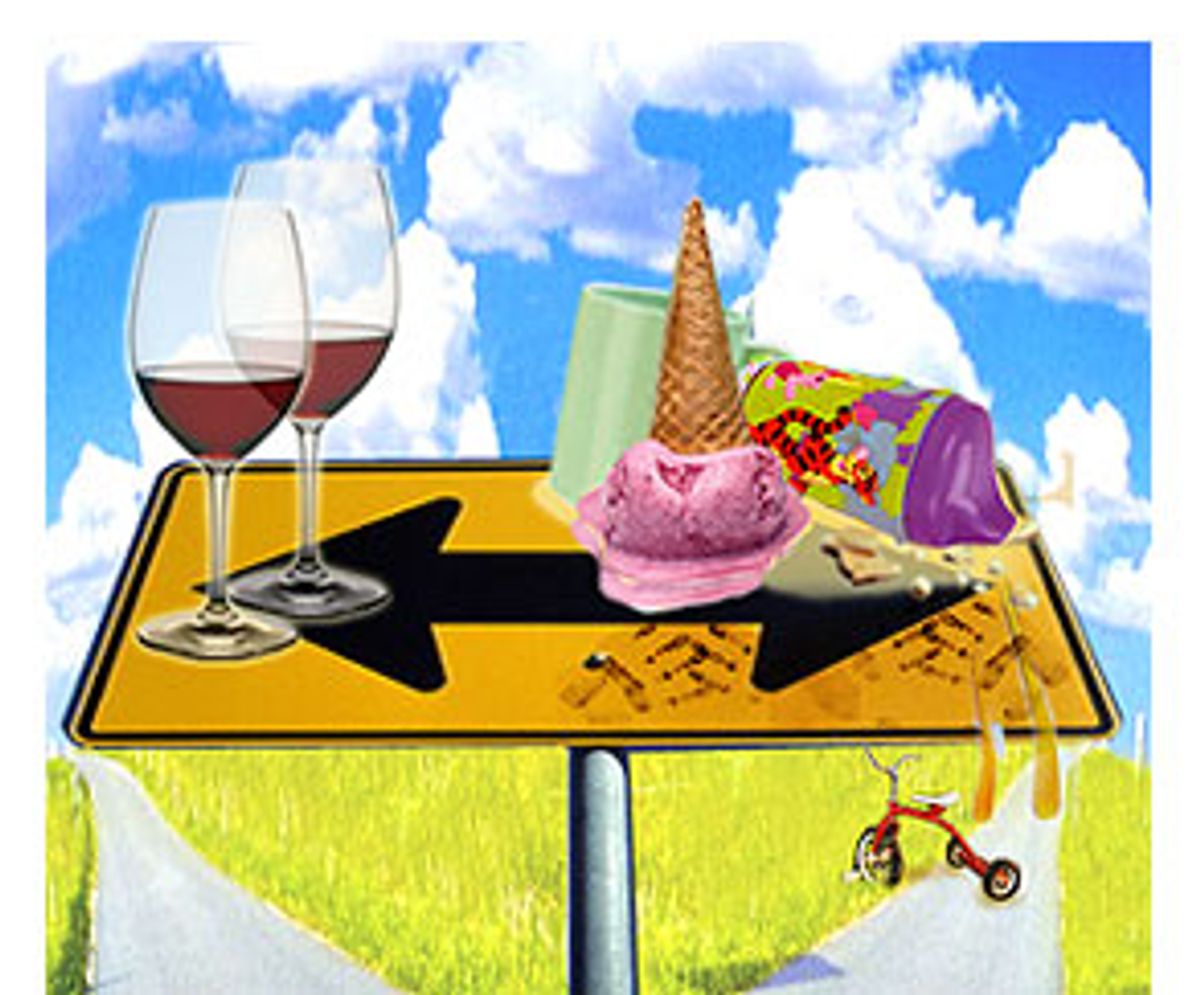 The reader who inspired this series confessed to feeling "a little appalled" at finding herself calculating the "return on investment" in parenthood: "Are there any laws that require my children to pay for my nursing home when I am old after I have given up hundreds of thousands of dollars in salary to stay home with them while they are children? Are they going to be a sufficient hedge against poverty and loneliness in old age? Sure, being old is bad ... but do children make it any better?"

Many people would be more than a little appalled to see this kind of cost-benefit analysis applied to what they consider a relationship founded on love. But the truth is that for much of human history and in most undeveloped nations today, children (and other relatives) have always been a "hedge" against poverty and other disasters. That doesn't mean their parents don't also love them; they just don't see love and necessity as mutually exclusive.

But for a young, Western, professional woman, like the letter writer, who makes good money and is likely to make even more if her career continues uninterrupted, the idea of children as flesh-and-blood 401K accounts is fiscally daft. Anyone smart enough to be making that much money should know that, too. After all, you can get a real 401K that actually is legally required to pay out when you need it -- abundantly, if you funnel into it all the cash you'd otherwise spend on raising kids. And you can get long-term care insurance if you're really worried about affording that nursing home.

I can't help thinking that the real anxiety in this woman's question lies elsewhere, downplayed but not quite concealed. You can find it in the one word she uses that doesn't sound like it came from a Chase Manhattan brochure: loneliness.

What this reader, and plenty of other Americans, feels but scarcely dares to articulate is the fear that when she is old her company will be of no value to anyone except those obligated by blood to share it. Nursing home fees and medical care are things we can (and should) plan for and petition our elected representatives about, but getting someone to visit us there is another matter. How to set up a savings account of love, one with a guaranteed return? It doesn't exist. Kids, though, seem to many people like the next best thing.

Of course, everyone's heard stories of ungrateful children -- heartless, avaricious, neglectful, even cruel -- sharper than serpents' teeth, as Shakespeare wrote. Other adult children do their best to satisfy parents who will never, ever feel they're getting their due, who seem to want back a chunk of the youth they spent on raising their offspring, youth the next generation is squandering so carelessly. Having kids is manifestly not a reliable "hedge" against isolation, mostly because the kind of person who has kids to protect him or herself from loneliness tends eventually to drive those children away.

However, the alternative to stocking our lives with individuals duty-bound to care about us is just too scary. It requires facing, in a forthright and unflinching way, what it will mean for us -- that's me and you, pal -- to get old. People really, really don't want to do this. It's not so much that our culture unreasonably celebrates youth. Youth, after all, is a pretty terrific thing -- health, energy, enthusiasm, firm skin and supple limbs are nothing to shake a cane at. But it's almost impossible to locate any corresponding appreciation for the value in having been around for a while. "Being old," in our reader's words, "is bad," and in truth it would be unfair to the old to shrug off the physical toll that aging takes, the plague of small pains and major complications. But surely it's not all bad.

Not being old yet, I'm not able to say what the best things about it might be. But I can say that as I've gotten older, I've learned more and more. Some of it has been just stuff -- facts, data -- but I've also acquired a sense of how all that stuff fits together and how to figure out which parts of it matter and, even more important, which don't. I believe I've gotten more open-minded, more tolerant of ordinary human folly and more willing to understand that some people can be blissfully content in circumstances that would drive me nuts. This, I think, makes me better company to others, and I know it's made me a better companion to myself. Is there some reason why this pleasant development shouldn't go on, well, developing?

It's hard to find an answer to that question, unless you're fortunate enough, as I am, to know some happy, fascinating old people. The ones I know have kids, but they're not counting on them for anything; they don't have to. Ample quantities of people -- some their own age and some as young or younger than their children -- seek out their company simply for the pleasure of it. These are people who know a lot, have done a lot and seen a lot, and that enriches every minute spent with them. But I've also known miserable, resentful, bored and lonely senior citizens and can remember how much scarier getting old seemed back when that was the only kind of elderly person I knew.

It would help a lot if the generations more immediately ahead of me weren't aging just about as ungracefully as possible. I want to shake Garrison Keillor (to take one example; there are dozens) every time he goes into his "I'm so embarrassed I'm over 50" shtick. Getting older isn't something to apologize for, for crying out loud. The alternative, after all, is a lot worse. In fact, plenty of young people I know want older people to step up to the plate, to acknowledge their own store of experience and to share what they've learned.

Yet, somehow, it's only the pompous, deluded bores with nothing to impart who try to do this. The sensible older people are forever making sheepish jokes about how out of it they are. In doing so, they denigrate life itself, implying that the years we're living through now are worse than worthless, mere withdrawals from the balance of our youth that will leave us with nothing significant in the end.

Occasionally, I'll stumble across a book like Carolyn Heilbrun's "The Last Gift of Time: Life Beyond 60," a hodgepodge collection of essays that gives me just what I want -- not a strict recipe for aging gracefully, but one thoughtful woman's consideration of the challenge. I couldn't model my own life after Heilbrun's (she has kids, for one), but she conveys a better sense of how to pull it off than any self-help guru could hope to. She's grown into an understanding that's just dawning for me, that no matter which life you choose there will be others unlived -- the married mother fantasizes about living alone, while the solitary soul dreams of family, for example -- and that there simply is no way to cover all the bases, to have every experience, to live every kind of life. Everybody has to pick. You can let the possibility of bypassed delights gnaw away at you or you can savor the ones you chose instead. You can't win, technically speaking. But you can't lose, either.

Nobody needs to see one perfect example of how to be old -- not only is that impossible, but one of the great bonuses of getting older is recognizing the global stupidity of perfect examples. Still, we could use a lot more expert soloists demonstrating their variations on the theme.