"Man on the Train" 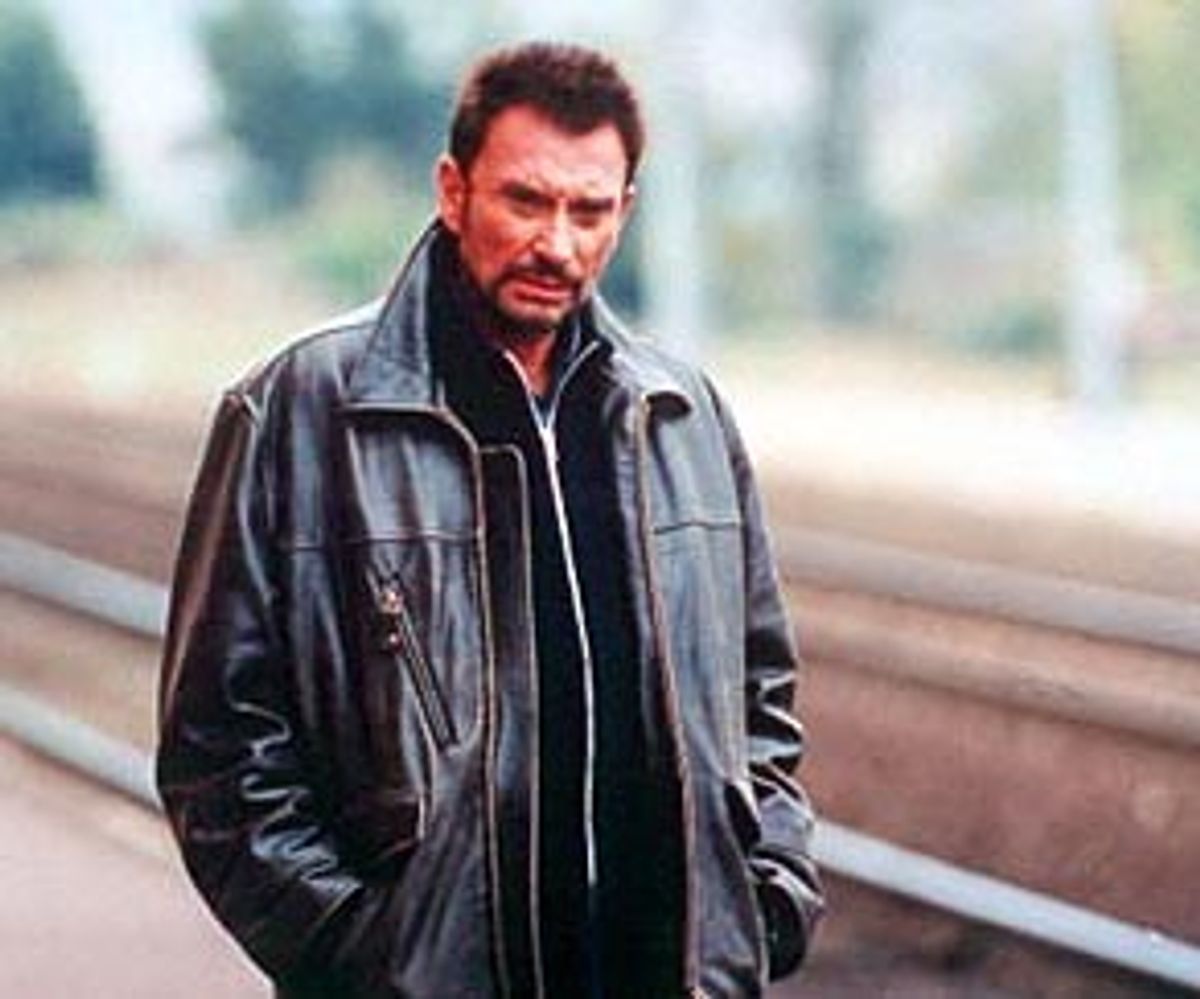 Watching "Man on the Train" is like coming across one of those threadbare Persian rugs you see on public tours of private homes. Its elegance is more comfortable than cold, and it carries its worn, battered mien proudly. The screenplay by Claude Klotz isn't terribly original. Essentially it's a two-hander about a pair of men whose chance encounter changes both their lives. (Even that description gives you an idea of the familiarity of the setup.)

The movie's distinction comes from the care with which Patrice Leconte ("Girl on the Bridge," "The Widow of St. Pierre") has directed it. Leconte's work here is like that of an antiques appraiser who sees the shabby refinement in curious objets d'art and loves them more than he would something in pristine condition. Until the last 10 minutes or so, when the material becomes too tricky for the relaxed tone Leconte has established, the director's work has a pleasing offhand confidence.

Mostly, though, the distinction comes from the joy that the stars, Jean Rochefort and Johnny Hallyday, take in acting. They're an unlikely duo: Rochefort, the lean, wry veteran whose elongated profile and prominent nose seem to have sprung from a vintage New Yorker cartoon, and Hallyday the French rock 'n' roller, as celebrated in France for his iconic status as for his music. (If you're looking for cracks about French pop, look elsewhere. The soundtrack for "The Good Thief" features Hallyday's cover of "Black Is Black" and that baby rocks.) Despite the difference in their public personas, Rochefort and Hallyday turn out to be a flattering fit because they both show the chops of old pros.

Hallyday is a laconic stranger (is there any other kind?) who gets off the train in a small French city that's closed up for the night. Rochefort is the retired literature teacher he meets who invites Hallyday to his home for some water to take the aspirin he needs to relieve his migraine. Rochefort's home, where he has lived all his life and where most of the movie takes place, is one of those big, once-elegant houses going quietly to seed, with peeling wallpaper in the guest rooms and a general air of faded bourgeois luxury. To Rochefort, the place is both reassuring and a reminder of how circumscribed his life has been. Prowling around Hallyday's room, Rochefort slips into his guest's fringed leather jacket and then into a fantasy of himself as a sheriff in the old west. For Rochefort, Hallyday represents -- sorry -- the road not taken.

Of course, Rochefort represents the same thing for Hallyday. It doesn't take long to discover that Hallyday's business in town is an upcoming bank heist. Thankfully, Klotz avoids the cliché of the innocent being sucked into chaos. Hallyday digs the quiet, fairly plush life his host offers him. You know things are changing for him when he asks Rochefort if he might borrow a pair of slippers, never having worn them. There's a nice moment when he puts them on for the first time and Rochefort impatiently instructs him in how to walk, telling him he has to drag his feet, not pick them up. Soon, Hallyday is shredding his Gitanes and putting the tobacco in one of Rochefort's pipes; even playing teacher when one of the students Rochefort teaches turns up to discuss Balzac.

There have been plenty of noirs where the tough guy heroes dream of just settling down into a life of middle-class complacency. "Man on the Train" plays it for gentle irony that Hallyday is more seduced by Rochefort's way of life than the other way round. When Rochefort does try to play tough guy, it backfires on him in the sweetest way. Venturing up to hush a group of young louts causing a ruckus in his favorite bistro, he runs into a former student who quotes a cherished, remembered bit of poetry to him.

There's not much more to the movie than that, but there's a special pleasure in watching Rochefort and Hallyday. One of the saddest things about the recent documentary "Lost in La Mancha," about the undoing of Terry Gilliam's planned film of "Don Quixote," is that we were deprived of seeing Jean Rochefort in the title role. Rochefort's specialty has always been a brand of whimsical wryness. He raises his head slightly and smiles as if enjoying a private joke. There's a moment in "Man on the Train" when, sitting alone in his house after Hallyday has made his initial departure, he hears the door open and smiles with satisfaction knowing his visitor has returned. Rochefort has the ability to play amused without ever seeming self-satisfied, and as the movie goes on he brings out something approaching a twinkle in Johnny Hallyday's icy eyes.

Hallyday has a tough job here, playing a conception more than a part, but he never lets the quietness of the character descend into macho lone-man-of-action clichés. He has to be drawn out gradually, and then just allow slight cracks in his façade to express how much he's enjoying his newfound camaraderie. He carries it off beautifully, creating a still space around himself that never prevents him from being responsive or descending into cryptic ambiguity.

The cinematographer, Jean-Marie Dreujou, has given the film an unusually rich look, all autumnal browns and golds. Most of the exchanges between the two take place in Rochefort's sitting room and from the first moment you see it you feel as if you could just sink visually into the chairs molded by years of use to the inhabitant's exact contours. Leconte violates the mood only towards the end, when the movie indulges in some tired twists about the fickleness of fate and when the implicit subject of how these two men are changed by each other becomes overt. There's an easier, more amusing way to achieve the finale without the metaphysical melodrama that precedes it.

Even the appeal of "Man on the Train" seems old-fashioned. It's the kind of European entertainment "discriminating" moviegoers used to choose for a night out at the movies that would allow them to be diverted without seeing something that would also attract the hoi polloi. But Leconte and his actors keep it from becoming precious or rarefied. Finally, it's all about the chemistry between Rochefort and Hallyday. The odd couple whose encounter pays isn't just the movie's story but the story of what happens between these two actors. It's a holiday for players.