Unemployment: Is it for you?

Future looks bright for those interested in a life of unemployment, experts say. 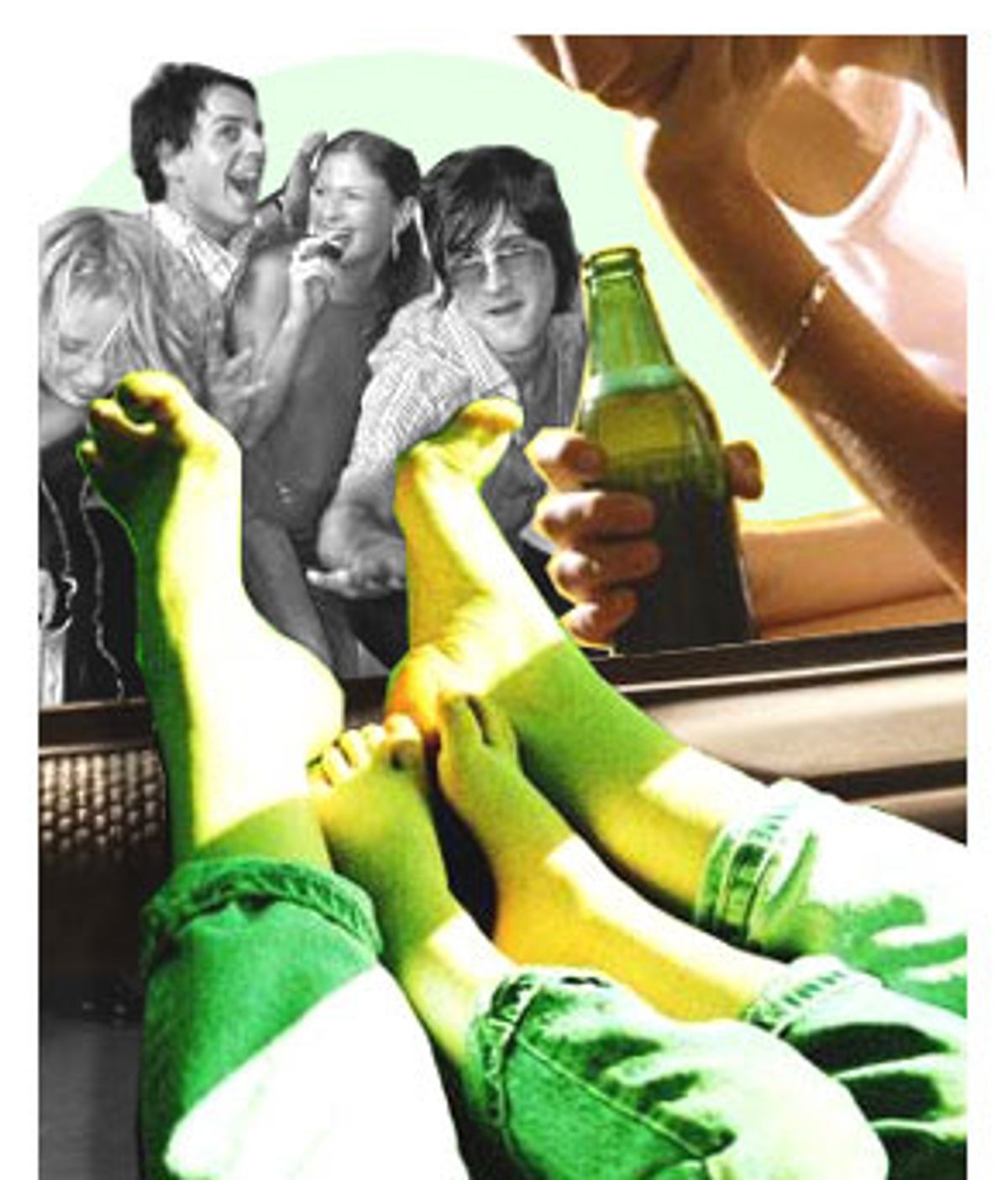 In Scruitt, N.Y., biophysicist George Bickley has been out of work for more than a year. "My brother Jeffrey says that's what I get for not going into improv theater."

In Backatcha, Ga., 37 of the town's 38 retail outlets, factories and fast-food establishments have laid off their entire workforce, leaving only one small convenience store to meet the growing local demand for generic beer, sleeping pills and ammunition.

In Ecoport, Ore., Ivy League college graduate Brad Jones Jr. plans to follow in his father's footsteps. This morning the two men will walk to the local unemployment office, where Brad's mother, Marge, is already waiting in line with the Joneses' daughter, Katie, a former high-tech supervisor now living in the family Hyundai with her children, Taylor, Tyler, Schuyler, and Schüter, who are eagerly awaiting the start of their school's summer vacation early in February. "Keeping up with the Joneses just got a lot more complicated," quips Katie.

All over the United States, the popularity of unemployment is growing.

According to the U.S. Bureau of Labor Statistics, unemployment rose from an unimpressive 4.0 percent at the close of 1999 to a more respectable 5.8 percent in February of 2001. Then in April 2003, as states slashed budgets, CEOs claimed multimillion-dollar bonuses in exchange for meeting bankruptcy goals, and conservative moralists hit the casinos, unemployment finally achieved an inspiring 6.0 percent, a rate some experts say would be even higher if it reflected the thousands of people who, having run out of benefits, contacts and relatives with sofa beds, are no longer seeking employment but merely a reason to live. Analysts say the trend is likely to continue.

"What started as a flirtation has clearly become a lifestyle," said professor Ed Yu, as he and his former colleagues cleaned out their desks at the Center for Economic Development in Washington. "I think you're going to find more and more people of all ages, education levels, and belief systems turning to unemployment as the current administration focuses on the important tasks of rebuilding Iraq, bombing North Korea, rebuilding North Korea, bombing Syria, rebuilding Syria, bombing Cuba, and so on."

But is unemployment for everyone?

"Not everyone can cut it," admits Charles "Chump" Brown, widely recognized as an unemployment insider by his fellow former hotshots in California's Silicon Valley. "A venture of this scale takes enormous outlay, and not everyone's got that kind of capital to invest. There's the constant career counseling, the daily two-hour commute to job fairs, the bulk mailing of résumés. It all adds up. And if you've also got mortgage payments on a one-bedroom condo in a high-crime area, that's an extra 700 thou right there. So, no, unemployment is definitely not for amateurs."

But others are more enthusiastic. "I think you'll do fine as long as you're someone who thrives on stress. And boredom. And hunger. And stress," says Tracie Nervosa, a former teacher, speaking from a pay phone in Helpus-Dammit, Vt., where she had been hunting for loose change. "For me, the appeal of unemployment is the fact that you never know what's going to happen next. One day, you're racing from one pointless networking meeting to another, the next day you're still in your bathrobe in the middle of the afternoon watching reruns of "The Golden Girls" and snacking out of the cat food dish. It's very creative. Today I'm going to be selling my blood at various plasma centers, auctioning my children on eBay, meeting friends for Community 'Panhandling in the Park' Day -- and I still have to be back here by noon so I can let in the sheriff for my eviction."

While many experts predict a strong future for unemployment, others are more cautious. After conducting an exhaustive two-year study of the nation's newspapers, Lou Seur has discovered some disturbing anomalies. "If you examine the graphs I've inked onto the underside of my arms as the madness progressed, you'll notice that three sectors of the economy have proved stubbornly resistant to unemployment: self-absorbed celebrity divas without surnames, athletes with extensive criminal records, and the vast majority of elected officials. For reasons that we're still trying to determine, not even their most abysmal performance reviews have secured them so much as a demotion. If anything, it's led to better book deals, new reality TV shows, and more endorsements of expensive cars, overpriced junk food, and luxury-class prescription drugs."

"I think Lou is being shortsighted," says his wife, Anita Nichol-Seur, who like her husband, must now buy her reading glasses at Bottom of the Barrel World, where she also shops for bargains on canned pig-nose ravioli for the couple's weekly meal in their modest cardboard home on a densely populated median strip. "My sense is that, as more people begin turning to movie theaters, sports stadiums and voting booths for shelter instead of entertainment, the opportunities for unemployment should become more widely available."

But for now, the dream of more equitable unemployment remains just that -- a dream. At Halliburton, Bechtel and the White House, dozens of people still show up every morning to point at their ringing phones and tell somebody else to get it.

"Of course, I can't," says Ima Wrecknow, former administrative assistant, "seeing as how I've ended up at a bus station in Nottahope, N.D. But I really appreciate the gesture, and would love to offer a gesture of my own. Perhaps someday, when we all meet in a dark alley of the nation's crumbling infrastructure, I'll get my chance."