In this collection of light, often interconnected stories, characters move in rarefied social circles where fate rewards the guilty and even tragedy has a silver lining. 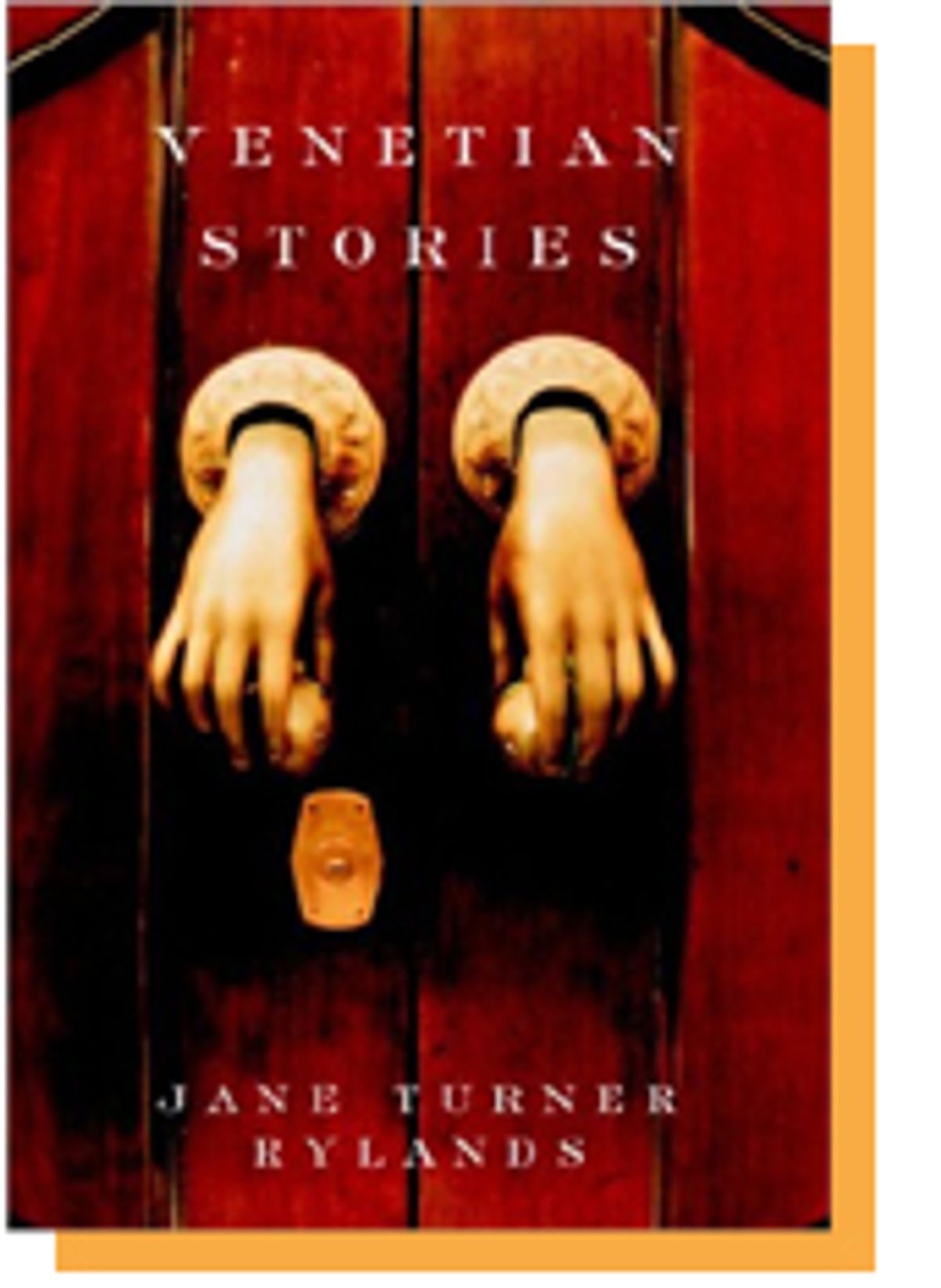 The irony in Jane Turner Rylands' "Venetian Stories" is so subtle as to be nearly subterranean at times. Rylands, who is married to the director of the Peggy Guggenheim Collection and has lived in Venice for 30 years, deals with the theme that was so dear to E.M. Forster and Henry James, Anglo-Saxons abroad. These characters, and many of the natives, move in rarefied social circles where motives are forever in flux, where an invitation or a sudden remark can denote a change in status.

It's not a world that gives much away on the surface and so it's fitting that Turner writes about the contrast between social disguises and inner longings. That she is dealing with the same subjects as Forster and James does not mean that she is in the same league. There's nothing in this collection to hold a candle to "Daisy Miller" or "A Room With a View." And even next to a relative newcomer in the field, Valerie Martin's "Italian Fever," "Venetian Stories" feels slight.

On its own terms, though, these occasionally interconnected stories make for a pleasing diversion. Most unusual in a book that trades on irony and wit is that the fates Rylands has devised for her characters are almost entirely benevolent. She may be amused by social backbiting and puffery, but Rylands herself appears not to have a mean streak. Sometimes, she is making a wry point about how fate rewards the guilty, as in the story of a corrupt politician whose sudden compulsion to do right (and thus reveal facts that could end his political career) miraculously saves his hide. But even when the characters have no such perfidy on their souls, as in the story where a workingman returns home from weekend drinks in his local bar to find his house burning down, Rylands reveals a silver lining. The meek don't inherit the earth in "Venetian Stories," but they seem to be assured of a comfortable place in a small corner of it. (She's so good on the Venetian working classes, compassionate without giving into salt-of-the-earth condescension, that I wish she had devoted more stories to them.)

There are times when Rylands' irony is too opaque, nearly buried in the smoothed-out recounting of social engagements. And then you long for some plain talk, some sharpness, some weight to the consequences of the characters' actions. But Rylands' natural temperament is the sort of good-natured bemusement that finds its clearest expression in the collection's finest story, "Interpreter." The story of a baroness who is led into wealth and unexpected companionship by a stray black cat who strides into her villa one night may, in outline, sound fey. (I adore cats, but who doesn't cringe a bit at stories of lonely old ladies and their felines?) But the baroness is Rylands' most beguiling character, at once grand and a determined eccentric. The cat becomes her constant companion in the byways of Venice and the old lady soon realizes that, in leading her into neighborhood tobacconists, the cat is gently nudging her toward playing the lotto; winning numbers come to her in dreams. The story ends with what can only be described as a sweet sting.

In "Interpreter" and elsewhere -- notably the story of a haunted villa whose inhabitant does the bidding of its restless spirits -- Rylands pulls off something like magical realism within a comedy of manners, and with none of the preciousness that can make magical realism stick in your throat like a lump of dry, sweet pastry. At their best, Rylands' stories are like a teaspoon of grated Parmesan washed down with a swallow of hearty red wine. They're a discreet indulgence.