F. Gary Gray's wonderfully choreographed and entertaining remake of the beloved 1969 heist film stars Mark Wahlberg and Edward Norton, but it's a car that really shines. 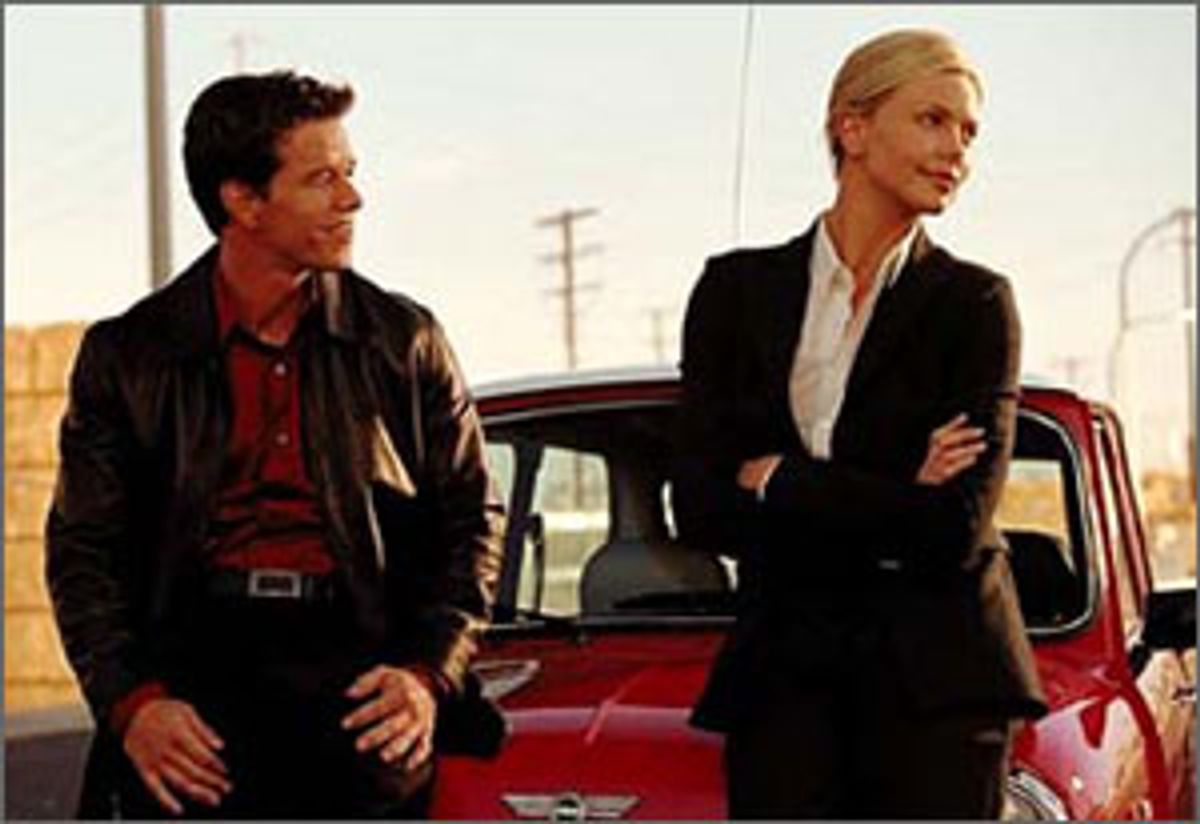 In theory, at least, anyone who loves the 1969 heist charade "The Italian Job" -- and that would include just about every breathing male in the United Kingdom -- has good reason to grumble about the idea that it should ever be remade. Studios are pumping out more movies than ever before and yet finding themselves with increasingly less to say. The way the studios are resurrecting old movies and TV shows, you'd think the world had simply run dry of ideas. Why else would Hollywood dip into the sacred spring of inspiration and emerge from its glittering depths with "Scooby Doo" as the captured treasure?

But F. Gary Gray's remake of "The Italian Job" works because it's hardly a remake at all. In the original "Italian Job," Michael Caine plays a thief, newly sprung from jail, who wastes no time in arranging another caper, this one involving the theft of a bounteous cache of gold bars. He doesn't make a move without seeking the sage counsel of his mentor, the still-imprisoned but ineffably dignified Noel Coward. (One of the movie's greatest running jokes is the way the prison staff itself treats him like royalty, daintily toting his newspaper for him each morning as they escort him to answer nature's call.)

In this new "Italian Job," Mark Wahlberg plays a thief who, like Caine's character, is named Charlie Croker. And he also has a mentor named John Bridger, played by Donald Sutherland (who's wonderful in his few brief scenes). Beyond that, the script, by Donna Powers and Wayne Porrows, nips playfully at the original, borrowing bits and pieces here and there, but mostly reinventing the plot completely.

I don't think it's heresy to say that's a good thing. Imperfect and iconic, the original "Italian Job," a product of late-'60s England, could never be re-created. The plot doesn't so much unwind before us as unravel and fray in fits and starts, but you hardly care -- what's important is the picture's mood and tone, its understated mischievousness, and its magnificently choreographed action sequences (which look sophisticated even by today's standards).

Gray's "Italian Job" is more carefully worked out and easier to follow, yet it never hands over the works so totally that we know what's coming next, nor does it fling so many hairpin machinations at us that we forget to care how it ends. This new "Italian Job" opens, rather than closes, with the actual Italian job, which takes place in Venice. Charlie, along with the recently paroled Bridger, a veteran safecracker, and a crew of superthieves including all-around slick guy Steve (Edward Norton), dynamite expert Left Ear (the eminently likable Mos Def), computer genius Lyle (Seth Green) and driver of fast cars Handsome Rob (Jason Statham), procure a safe full of gold bars and almost make a clean getaway across the Italian Alps. But someone in their midst is a double-crosser; to get the treasure back, the remaining members of the gang ultimately make their way to Hollywood, where they hook up with Bridger's daughter, Stella (Charlize Theron), a professional -- and, unlike her dad, totally legit -- safecracking whiz.

Near the beginning, we get one amazing visual: The guys paint a neat square of explosive material around the spot where the safe sits on the floor above them, so that it falls through several levels of floors and ceilings and into -- or so it seems -- a getaway boat waiting below. Next comes a high-speed boat chase through Venice, that most delicate of cities. The city hardly looks able to withstand such an exciting and brutal invasion, but we can assume it comes through the experience OK. Gray understands that speed and visceral movement are much more exciting than destruction. And there's also something not-so-subtly sexual about the way that city's placid waterways are completely overcome by these thrumming, unapologetically phallic motorboats.

But instead of trying to top the action of the movie's opening sequence, Gray sits back and lets us breathe for a spell. That superb opening is echoed and expanded upon much later, in the movie's climactic action scene -- the excitement of it blossoms and intensifies without working us over. As American action movies go, there's something at least vaguely English about "The Italian Job": You might call it busy in places, but you wouldn't call it loud. Gray is more interested in movement than he is in noise and he's well aware that constant excitement quickly becomes boring.

We're told as much as we need to know about the characters in order to like them. We learn that Left Ear got his name by blowing one of his eardrums out while experimenting with explosives in a bathroom stall as a kid. And Lyle wants desperately to go by the nickname "Napster," since he swears it was actually he who came up with that revolutionary program in the first place. (He claims that his college roomie, Sean Fanning, stole the code from him while he was, yes, napping.)

Wahlberg's Charlie makes an affable and principled criminal, a nice counterpoint to Theron's willowy but tough Stella. Their scenes together are relaxed and charged with friendly electricity that's not yet sensual -- the mere hint of what will come to the characters later, off-screen, is all we need.

But the real star of "The Italian Job" is not a person but a car. The most exquisite action scenes in the original picture involve three Mini Coopers, one red, one white and one blue. The Mini, perhaps the quintessential English car of the '60s, is more square than it is long, and the sight of those three squat, wheeled cubes, trundling and rolling resolutely over uncertain terrain, made for one of the original movie's purest visual delights.

The Mini Cooper has recently had a marketing push in the United States, so the more cynical moviegoers out there will probably assume that its presence in the new "Italian Job" is just a marketing ploy. But should we care? This is product placement as pure pleasure. What's more, the Mini is essential to the spirit of both the first "Italian Job" and this one. Even souped up, it sure isn't a fast car, relatively speaking -- it's more Little Engine That Could than hot rod. But that fact alone meant that Gray, his cinematographer Wally Pfister, and his stunt crew had to reimagine the notion of what a car chase means today. Is faster, sleeker and noisier necessarily better than slower, pudgier and quieter?

And so the chase scenes in "The Italian Job" are the most exciting ones I can remember seeing in a movie in a long time, probably because they're the only ones I can remember -- and that's saying something. I won't give away any essential details of these chase scenes, except to say that you'd need a Mini to whiz through a subway tunnel, especially if you're being pursued by baddies on motorcycles, swerving and criss-crossing uselessly behind you. The Mini has the agility and determination of a garden bug.

And that's not even taking into account the look of it. Like the best sort of boyfriend, it's funny and sexy, a motorized cartoon of the Barry White line "Ain't what you got babe, it's how you use it." I have no idea what it's like to drive one. But I do know that the male colleagues seated on either side of me at the screening sighed audibly the first time they saw Stella's glossy lipstick-red Mini zipping along a city street. It was as if the young Brigitte Bardot had dropped in for a guest appearance. The colleague to my right, who'd never seen a Mini, said, "What is that?" And as my husband later noted, the Mini is the car for guys who don't even like cars that much. By the same token, "The Italian Job" is the action movie for people who don't even like action movies that much. Small and steady, it wins the race with brains, not brawn.