The bed-hopping novel that shocked America

The late Kathleen Winsor's 1944 bodice-ripper "Forever Amber," banned in Boston and denounced by Hollywood, is still audacious -- because it smiles at infidelity. 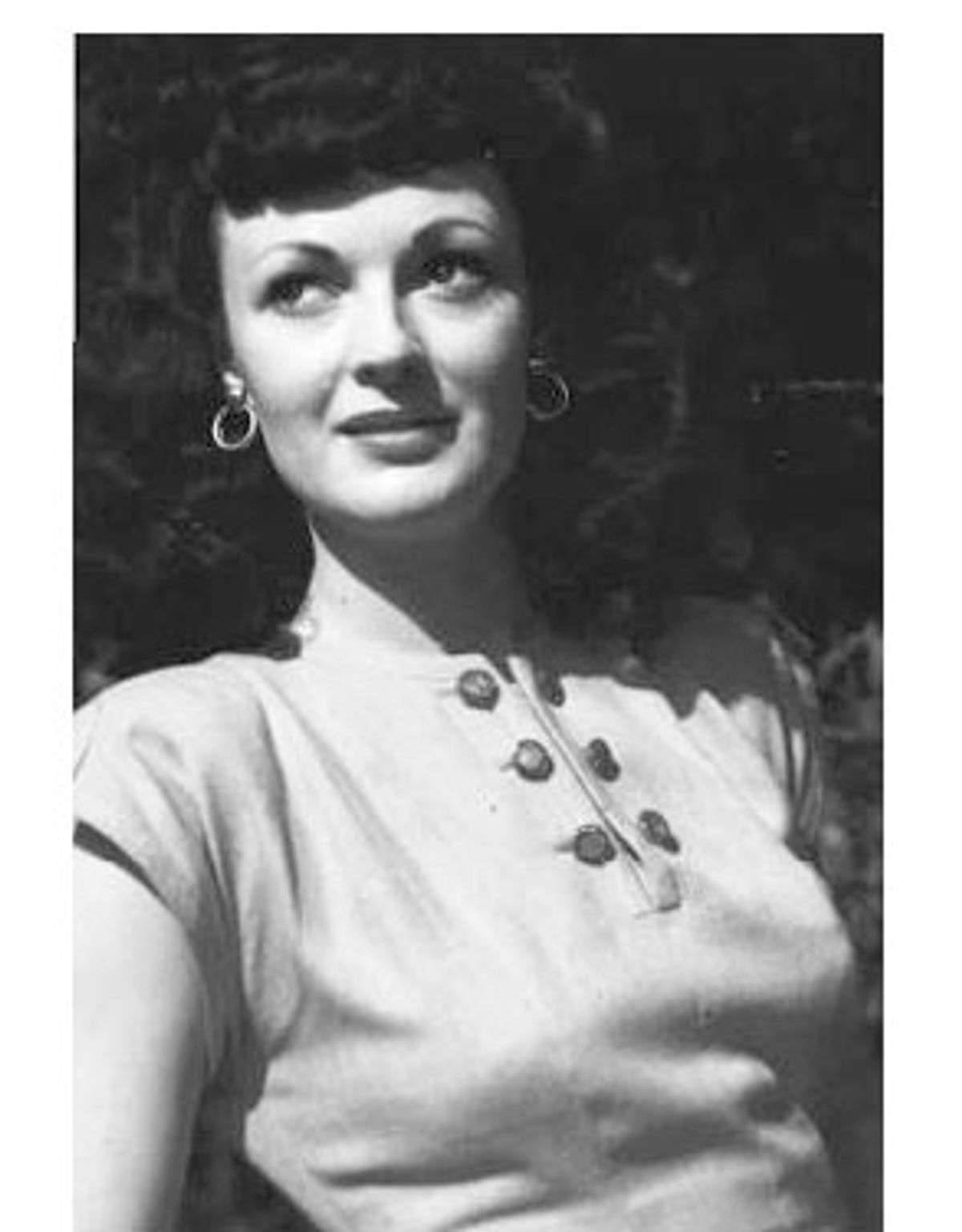 It's likely that most New York Times readers flipped right past the obituary in Wednesday's edition for Kathleen Winsor, who died in Manhattan this past Monday at the age of 83. Her quiet death, after years of being out of the spotlight, shouldn't let us forget the stir she caused in 1944 at the tender age of 24. That year, Macmillan published her first novel, a fat (nearly a thousand pages), juicy Restoration bodice-ripper called "Forever Amber." To say it was a sensation is not to leave fact behind for hyperbole. The book sold 100,000 hardcover copies in its first week alone (on its way to an eventual 3 million plus), was banned in Boston, and was denounced by Hollywood's Hays Office before anyone had even purchased the movie rights.

"Forever Amber" was the book girls wanted to read and were warned against by their mothers -- who were probably reading it themselves. (There are still women of my generation, in their early '40s, who can recall being forbidden it by their mothers -- and some, like my cousin, who got hold of it when she was about 12 and realized she'd stumbled onto hot stuff.) When Otto Preminger's bowdlerized film version (starring Linda Darnell) came out in 1947, I think that the experience my aunt had was not unique. She and a girlfriend went to see it on Saturday night. At mass the next morning the priest announced that if anyone in the congregation went to see that movie they could expect to go straight to hell. I imagine Miss Winsor was profoundly grateful to Will Hays, the Boston censor, that priest, and every parent or public bluestocking who fulminated against her book. You can't buy that kind of publicity.

With summer coming on, we are afforded the perfect season to rediscover "Forever Amber," which was republished in a handsome paperback edition last year by the Chicago Review Press. It is the all-purpose summer accessory. You can read it on the beach, and later, at your hotel, you can open it to any page to steam the wrinkles out of your new resort clothes.

"Forever Amber" tells the story of Amber St. Claire (a proto porn-star name if ever there was one), a social-climbing minx of a heroine who makes her way from village tart to mistress of Charles II. As literature, it's indefensible. Replete with purple passages ("You malapert slut!" is my favorite exclamation) and melodrama, "Forever Amber" is the sort of book where every cinched bosom heaves on cue. When Amber trods the boards in her brief tenure as an actress, or makes a later appearance in the king's court at Whitehall, you can practically hear every Restoration boner in the room going "sprroiinnggg!"

But as a feat of storytelling "Forever Amber" is irresistible. I found that out last spring when I picked up the book out of curiosity and promptly lost every free moment of the next two weeks. Dear Reader, I ask you to envision the depredations suffered by my tender soul as, for two weeks, I endured my wife's taunts of, "Are you still reading that girly book?" Luckily, Miss Winsor's powers of invention allowed me to summon the pluck to shut out these rude interruptions, and I would answer my beloved with something like, "Don't bother me. I've just gotten to the plague."

Winsor began writing it after reading the books her first husband was consulting for his college thesis on Charles II. The Times reported that she had read 356 books on the subject and worked on the novel for 4,967 hours (who's going to argue?). But her research is never the point. Winsor knew just how much historical detail to provide without bogging things down. Some of her reading provides merely felicitous details, like the live birds that were kept in cages lining the paths of St. James Park so the king might hear singing as he strolled. And if you think I was only making a joke about being riveted by the hundred pages on the plague, try reading it. It's horrifyingly, thrillingly vivid, as is the section on the Great Fire of London.

The brouhaha around "Forever Amber" focused on the sex, and anyone looking for explicit sex will be disappointed. But the line that the book is, as the Times put it (and all together now), "mild by today's standards" misses the point. It's not the explicitness of the sex that gives "Forever Amber" its salacious kick, but the nonchalance of the book's attitude. Like her heroine, Winsor takes a sophisticated dégagé attitude to all the infidelity going on. Marriage, in the book, is a social institution to be continued and respected, but hardly the death knell to the sexual appetites of either man or woman. Because being honest about your sexual appetites is one of the hardest things to do, "Forever Amber" was shocking, and it's what will keep the book shocking -- and bracing.

Besides, as a piece of history, it's accurate. It's instructive to compare "Forever Amber" with a recent book of more certifiably literary pedigree, Lisa Hilton's "Athenais," an elegant, witty and crisply written biography of Louis XIV's favorite mistress. You read Hilton's book (I hope it's the first of many from her) conscious of the subtle moue of amusement running through the author's prose, amusement at the open hypocrisy of the sexual conduct of Royal Courts. Like Winsor, Hilton seems to regard shock as a puritanical pretense. This is how people conducted themselves, her matter-of-fact presentation says, because people are interested in sex. Hilton and Kathleen Winsor would have a lot to say to each other.

One of the great things about "Forever Amber" is that it happily dispenses with the pretense that readers are looking for virtue. In 1989, at a 50th anniversary showing of the restored "Gone With The Wind," a friend and I watched Leslie Howard's Ashley Wilkes explain to Vivien Leigh's Scarlett why he could never leave Olivia de Havilland's dull, saintly Melanie for her. "That," my friend said to me, his voice dripping with contempt, "is like turning down a lobster dinner for a wilted lettuce salad." Like Margaret Mitchell, Winsor knew that nobody liked a goody-goody heroine. Amber is narcissistic, selfish, shallow and transparent, and there isn't a page where we don't root for the devious little bitch.

The outline of Winsor's life in the Times' obituary suggested an outline she might have used for another novel (seven after "Amber," none surpassing its success, all now out of print) -- four marriages, including the first husband whose studies inspired her to write her novel, the bandleader Artie Shaw, and two lawyers, the first of whom handled her divorce from Shaw. The most surprising thing about the obit was, for me, the fact that she was so young when she wrote "Forever Amber," and the fact that, until Monday, she had been living right here in New York. That I didn't know that earlier made me sorry. I would have liked to have written Winsor expressing my admiration for her doorstop-size scandale.

The fun I've had writing about "Forever Amber" shouldn't be taken to mean that my pleasure in the book is ironic. I care about "Forever Amber" and Kathleen Winsor because I care about narrative. It seems to me that a novel can withstand nearly every cardinal sin except one -- being boring. I've read dozens of books that were "better" written than "Forever Amber" with at least the same enthusiasm I'd bring to a book of carpet swatches. I know that's a shocking state of affairs for writers like Heidi Julavits who, in a much-talked-about essay on the intellectual poverty of contemporary book reviewers in the premiere issue of the Believer, writes, "Stephen King and John Grisham ... get more favorable treatment for their genre novels, while more ambitious novels are derisively spanked -- or, more frequently, flat-out ignored. Isn't there something wrong with this picture?" There sure is: The fact that someone would castigate book critics under the mistaken impression that readers pick up books to read intentions instead of results.

No, I'm not saying that narrative strength and fineness of writing are mutually exclusive, but of the two a novel can do without the latter a whole hell of a lot easier. I don't know about Julavits, but I don't want to spend a whole book feeling as if I'm sitting at the bar toying with my swizzle stick. I don't care how a novel accomplishes it -- ravish me, get me drunk, charm me, make me feel like I'm on fire -- as long as it seduces me. To paraphrase a line Spike used on "Buffy the Vampire Slayer," I may be narrative's bitch, but at least I'm man enough to admit it.