The computer or the cradle

As a novelist and new mother I despaired: How could my book be a serious work of literary fiction and contain the word "poopy"? 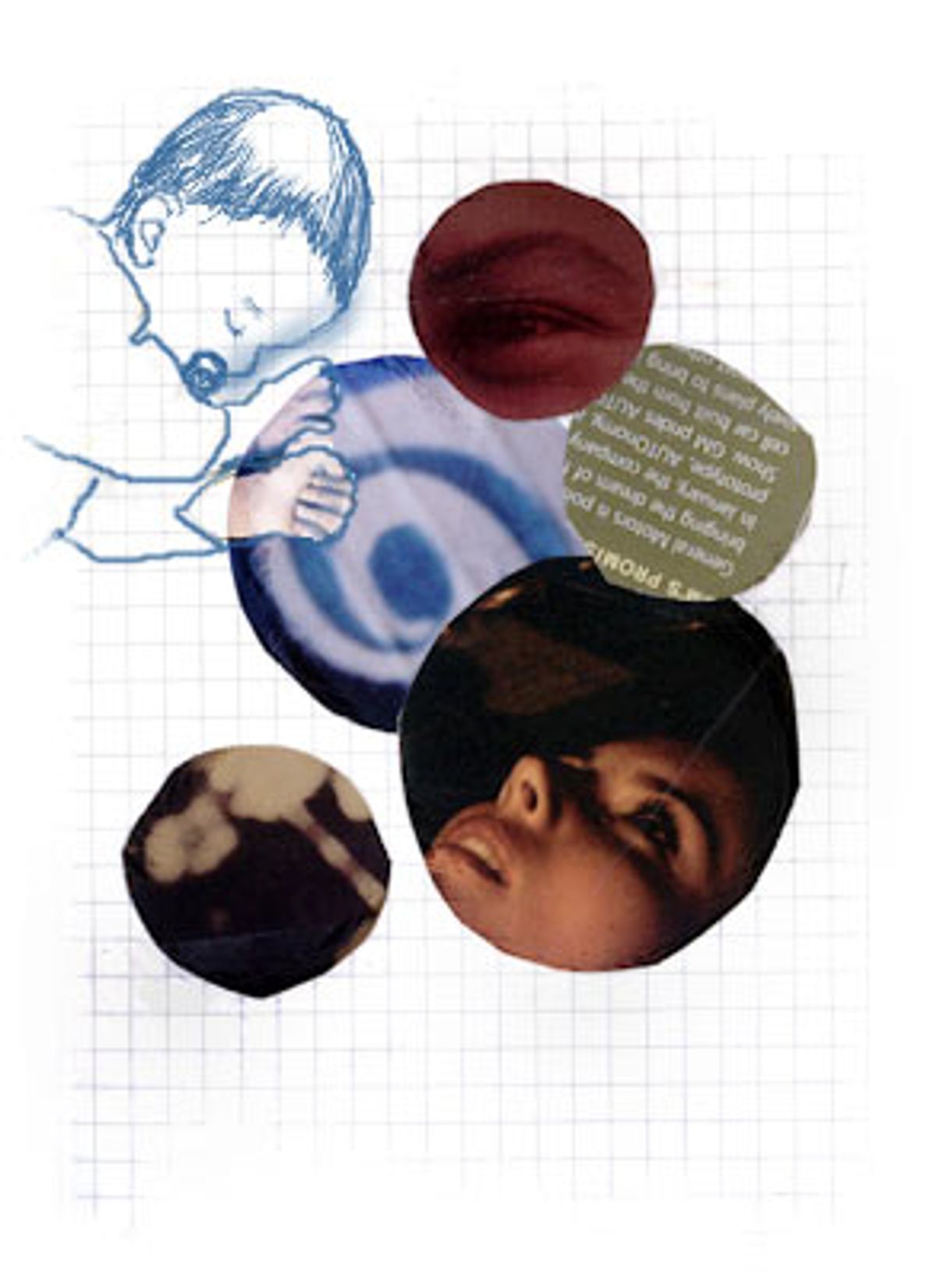 After my son was born in the spring of 1999, I hired a baby sitter and went back to work. I climbed the stairs to my small office on the top floor of our Brooklyn brownstone, and set my mug of coffee on my desk. I switched on my computer, and stretched my legs out in front of me. This was the point in my writing day -- from what I could remember of my writing days -- where I would typically waste a whole bunch of time. I would get nothing done for many, many hours, but this had never bothered me. Working on a novel involves a lot of space around the actual writing, space in which ideas, sentences themselves, float into consciousness. The writer Grace Paley, who had been a teacher of mine, once said that she did her best work in the bathtub. As a student, I used to think of Grace, lying there up to her neck in suds, scribbling on a notepad. But as I slowly became a writer myself, I realized that she meant simply this: She took baths. And so, I took baths. I took walks. I stared into space. If at the end of the day I had written three coherent pages, I was happy.

No longer. As I surfed the Internet, procrastinating and looking up my last book on Amazon, I heard my son crying downstairs. Was he hungry? Did he need a nap? And what was I doing, anyway? I was just messing around. I checked on my son and returned to my desk. I scrolled through e-mail, then wrote a long, chatty and entirely unnecessary note to a friend. The pressure inside my head started to build, a buzzing anxiety. Now I heard Jacob laughing downstairs. This was even harder to take than his crying. I was wasting time, something I had always done with impunity, but now the wasted time felt truly wasteful. I was stealing precious hours away from my child, not to mention paying a baby sitter $10 an hour so that I could surf the Internet and Google myself to see if anything of note had happened in my writing life while I had been busy having a baby.

As the weeks went by and I got less and less done, I hated myself. I was a mother and I was a writer and I had no idea how to reconcile the two. My own mother had been a frustrated writer, a suburban lady who drove into New York City once a week to take a private writing workshop -- the kind that I now teach. As a child, I often fell asleep at night to the furious pounding of her Smith Corona, upon which she wrote scripts that she stuffed into manila envelopes and sent off to shows like "Hawaii Five-0" and "The Partridge Family," never to be seen or heard from again.

From the time I was a graduate student, I was determined to "make it" as a writer (whatever that meant) before I had children. Writers are successful in degrees, and I have rarely -- no, revise that to never -- met a writer who's had enough success. By the time I had my son, I was 36 and had published four books. In the weeks before I conceived him, in fact, a magazine I had always wanted to be published in bought a long essay of mine -- a surefire sign that I had arrived at some small modicum of literary credibility and could therefore risk motherhood.

And yet, here I was. Motherhood had rendered me a dilettante in my own mind, just like my mother. It was as if I had no business sitting at my desk upstairs. How frivolous it was, what a silly thing, to be a novelist! I tried. In fact, I tried too hard. I was determined to make the time at my desk count. And so, teeth gritted, I began a novel. It took 70 pages or so to realize that it wasn't working. Frantic, I started another. The pages piled up, dead in my heart.

Half a year had gone by, and I had nothing. Not a word. Not a salvageable paragraph. And then, when he was 6 months old, my son was diagnosed with a rare and terrible illness called infantile spasms. In the hazy time that followed -- months of doctors and hospitals, medications and tests, fear and vulnerability -- my interior life was altered beyond recognition. Writing was out of the question. I longed for an office job, a place where I could go and get paid no matter how poorly I performed. (At least that's how writers imagine office jobs.) I entertained fantasies about medical school. Saving lives -- now that was important. Jacob's doctor, the nurses, the technicians all had a remarkable, bustling way about them. They probably never questioned the meaning of what they did. Why should they?

Jacob made a recovery that can only be called a miracle. And so, a year later, I was finally back at my desk, left with what I had always done: making up stories out of thin air. If it had seemed frivolous after his birth, it seemed exponentially frivolous now. But it was the only thing I knew how to do -- my only marketable skill -- even though it felt like all desire, all hunger and love of the creative act had been drained from me along with my maternal innocence.

I began my new novel, "Family History," out of sheer desperation, and with an empty heart. I had changed. My subject matter had changed. And so I wrote a novel about a family that gets hit with a terrible thing, like a meteor falling from the sky. There is no rhyme or reason to why this family, why this meteor, but they are left quaking in the damage of its wake. It would not be an exaggeration to say that I hated every minute of every day that I worked on "Family History," but it was the only story I could tell. It was a sad story, a terrifying story, a domestic story, ultimately the story of a mother's loss of innocence that, while different from my own, held me in its grip.

The mundane, routine details of household life permeated the novel in a way that unnerved me. I wrote about flower pots on windowsills, laundry spinning in the washing machine, the musty smell of crumpled bed linens. I wrote a scene that involved the mother climbing frantically into the back seat of her car to change her baby's diaper. In writing the scene, I used the word "poopy." And after I finished my day's work, I walked down the street, despondent. How could a novel be a serious work of literary fiction and contain the word "poopy"?

All we fiction writers have are our inner selves, which act like beacons, shining light into the dark crevices and corners where our stories can be found. Whether or not our stories are autobiographical per se, they are always -- they simply must be -- personal, because they come from an unknown and unknowable place that hovers somewhere between unconscious and conscious, dream and reality. When something comes along that fundamentally changes us, it changes our work. Certainly becoming a new mother changed my relationship to my work, and when I almost lost my child, every single thing that mattered to me shifted, therefore my work did too.

And so here I sit, in my office, with "Family History" completed and published. I can hear my now 4-year-old son in the background, his feet joyfully stomping through the house. These are the hours of the day I try to access that unknowable place, that touchstone inside of myself, and the one thing I know is this: I am a mother, and I am a writer, and that means I need to try to make every second count.

Dani Shapiro's most recent book, "Still Writing: The Pleasure and Perils of a Creative Life" was just published by Grove Atlantic.