John Singleton's sequel to the brainless but exciting "The Fast and the Furious" is utterly indefensible -- and no fun either. 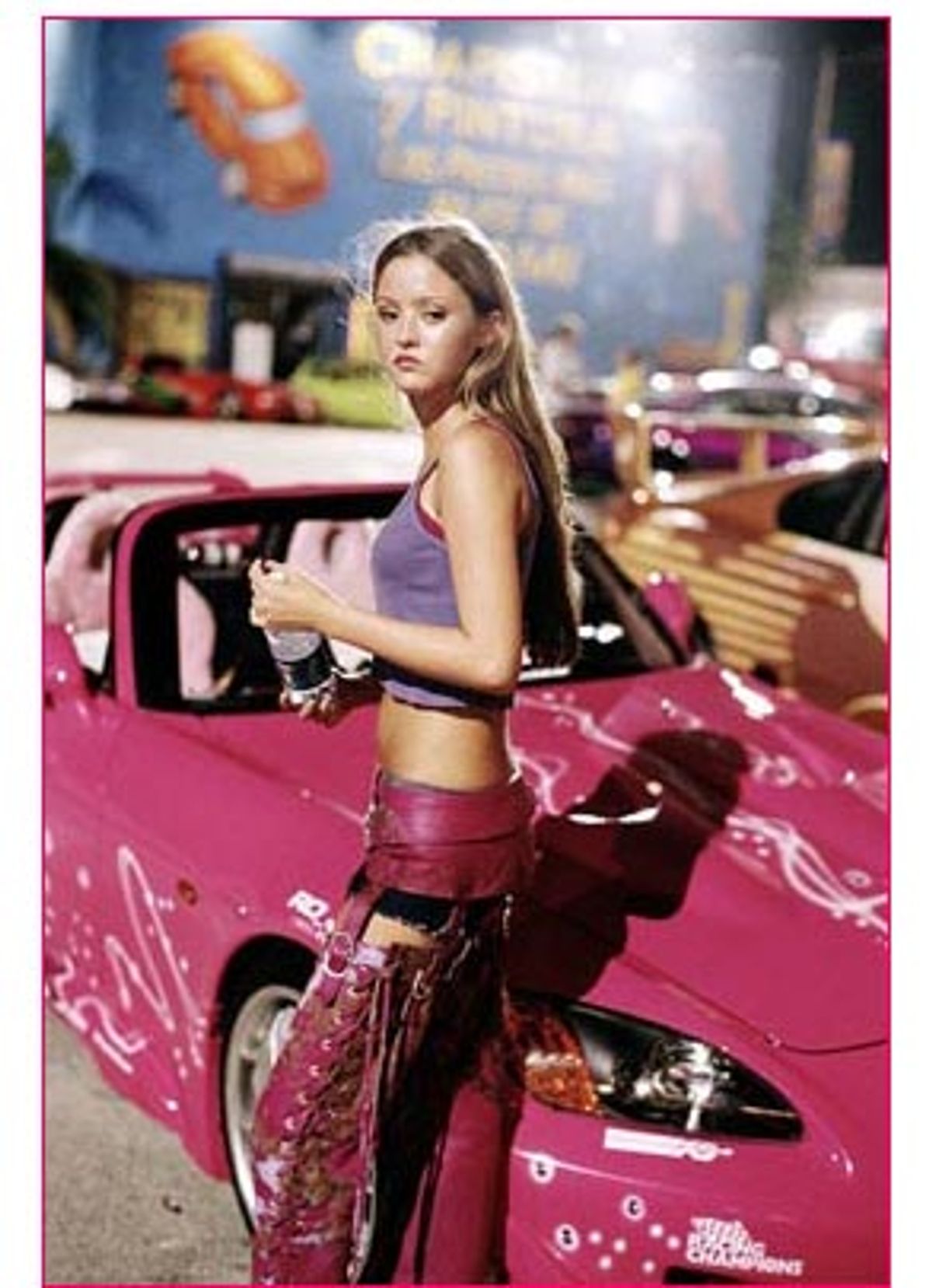 If I believed in the concept of "guilty pleasures," "The Fast and the Furious" would have been one. (I'll be damned if I feel guilty about what I enjoy.) The fun of that film was watching a hot-rod movie on a scale Roger Corman could only have dreamed about when he was cranking out exploitation pictures. It was brainless and fairly sleek and, unusual for action movies today, the action scenes were cleanly, clearly shot. You could always tell just what was going on. There was no way to defend "The Fast and the Furious" as a good movie, but it seemed to tickle some people, even though they knew it was trash. A friend of mine went to see it in California with her husband while they were waiting out the days before she went into labor. She later told me that the audience consisted almost entirely of teenagers who, inspired by the picture, raced out to their cars as soon as it was over and, en masse, peeled out of the parking lot. And I know one highbrow critic who even considered putting it on his 10-best list for the sheer pleasure of pissing people off.

However, guilt might be an appropriate reaction for anyone who actually enjoys the sequel "2 Fast 2 Furious." It's a terrible movie, stuck in plot idiocies and big, noisy set pieces like a tire mired in mud. The only member of the original cast who returns is the lead, Paul Walker (dead from the neck up). No longer an undercover cop, he's making his living as a street racer when U.S. Customs enlists him to nab a big-time bad guy (Cole Hauser, who looks like the star of a porno you'd never want to watch). Walker, in turn, enlists an old, estranged buddy (Tyrese, in the role of Angry Black Man Who Has a Problem With Authority) who blames Walker for busting him years earlier.

The movie is essentially a pissing contest between the type of guys who likely have their chests waxed. Walker can be fairly hilarious (unintentionally, that is) as he tries to talk ghetto, like an Abercrombie & Fitch model (Darien's most wanted?) who's gone shopping for hip-hop CDs. Watching him here, you realize how much easier his dead-air presence went down in the first movie because that concrete teddy bear Vin Diesel was around to liven things up.

After the snazzy job he did on the remake of "Shaft," I had hoped the director, John Singleton, might bring some of the same chops to this project. It starts promisingly, with racers and onlookers gathering in the streets of Miami for a nighttime drag race. With hoochie mamas and muscle cars on equal display, the thing looks like a NASCAR rally hosted by BET. But Singleton never finds any rhythm or juice in the script. (He tries to liven things up with one really unpleasant scene where the bad guys torture a corrupt cop with a rat.) And the action sequences aren't confusingly shot (by Matthew J. Leonetti) and edited (by Bruce Cannon), but they lack anything as sheerly flabbergasting as the moment in the first movie when a sports car tucked itself neatly under an 18-wheeler and zoomed along between two sets of monster-size wheels.

The rapper Ludacris is on hand as a former racer turned mechanic and, as has been the case with a lot of hip-hoppers who've appeared in movies, he's got an easy, ingratiating presence. And I loved looking at the petite model Devon Aoki, as a female racer, with her tough little China-doll features. (I especially enjoyed looking at her in the tartan miniskirt she wears in one scene. Her car is neat, too. A pink convertible with plush, fuzzy seats that looks like a princess phone on wheels.) Singleton, though, seems more interested in watching as Eva Mendes, playing the undercover Customs agent posing as the sleazo villain's girlfriend, performs something very akin to fellatio on a grape. Somebody call AAA.