Mrs. Li is watching me

In China, SARS isn't just threatening public health -- it's bringing back the Orwellian neighborhood committees of the Cultural Revolution. 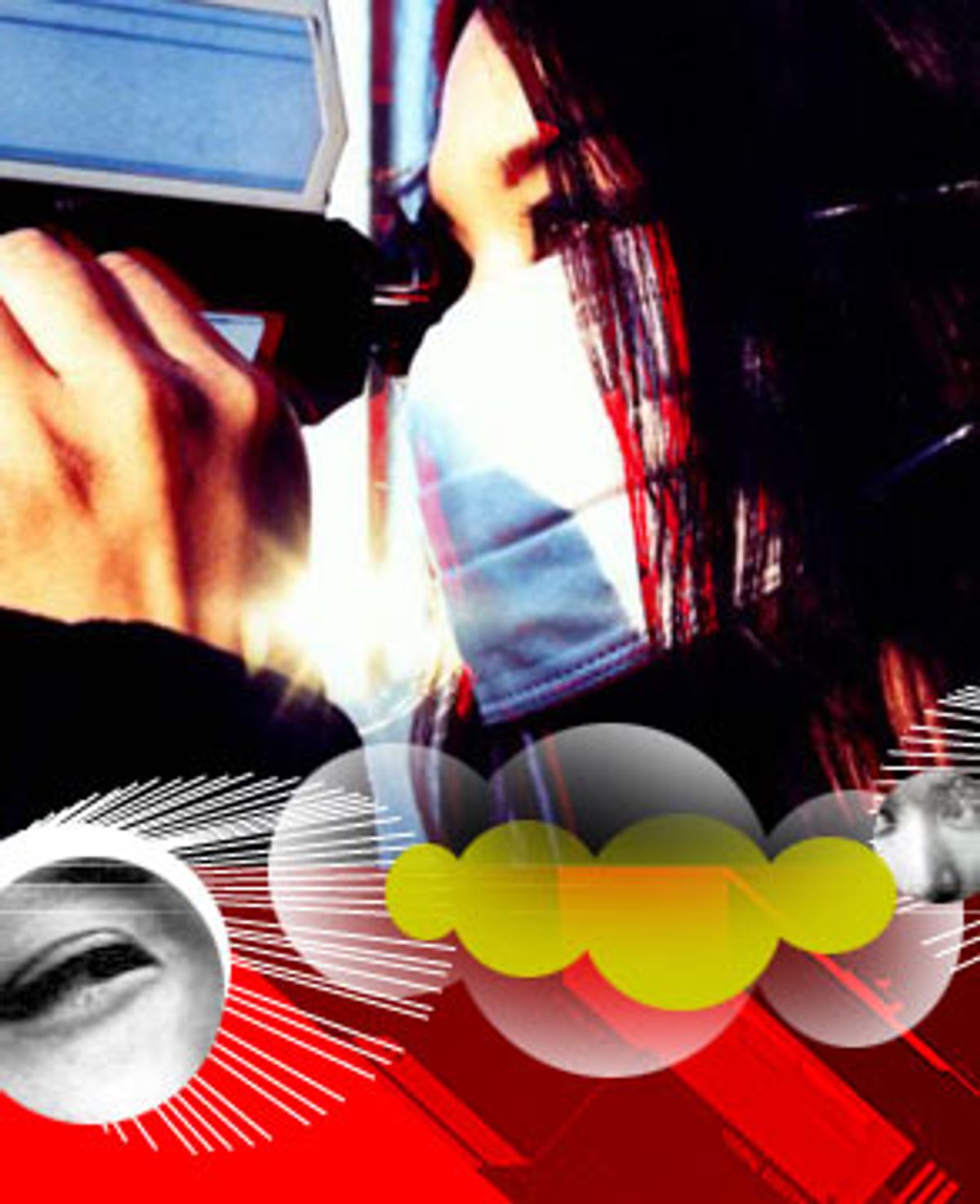 Mrs. Li is a plump woman whose quick, crinkly smile is framed by a utilitarian haircut. Always polite, she never fails to ask whether I've eaten -- the standard Chinese greeting -- or about the health of my family. She differs little from most middle-aged Chinese women, or from the other women in my Shanghai neighborhood, but with one exception.

Mrs. Li is watching me. It's her job.

As a neighborhood committee member, Mrs. Li helps oversee an army of gossipy old ladies who watch and report on their neighbors. Until two months ago, Mrs. Li and her comrades seemed anachronisms, but China's SARS outbreak, coverup and ensuing public panic have revealed deep fissures in the Communist infrastructure, and have prompted the government to revitalize some of the repressive elements of the Cultural Revolution. Suddenly Mrs. Li is very important. Although they're now policing temperatures and travel rather than ideology and dissent, the newly activated neighborhood committees underscore the fragility of the new freedoms that the Chinese were beginning to take for granted.

Neighborhood committees normally provide social services like finding people jobs, and organizing entertainment like films, dances and discussions for residents. But they also are involved in personal matters: They enforce the one-child policy, mediate family conflicts, intervene in domestic violence disputes, and turn in Falun Gong adherents and potential dissidents.

But with SARS, the neighborhood committees are getting really personal. They decide which residents must be quarantined, conduct cleanliness checks of homes, and even slaughter the household pets of people suspected of having the disease. "The city government gave us a directive to publicize SARS and mobilize the masses, but we have a lot of leeway in the specifics," according to Mrs. Li's boss, Secretary Qi. "We've given the Official Helpers 1,500 handbills about hygiene to canvas the neighborhood. Our slogan is 'Three mores, one less: Wash hands more, open windows more, clean house more, and go out less.'"

Strict quarantines form the heart of the anti-SARS campaign. Residents returning from SARS hotspots like Beijing and Hong Kong are forbidden to leave their homes for two weeks, while visitors must file daily reports about their body temperature and activities. If someone has a fever they are legally bound to turn themselves in -- or risk execution for deliberately spreading the disease. "Every single person must be in our hands," explains Secretary Qi. He presents a letter from one resident who returned from Beijing, thanking the committee for bringing him groceries while he was quarantined and for calming his frightened neighbors. "Another man was running a fever and turned himself in so we took him to the hospital," says Secretary Qi. "One night he snuck out, and the hospital called us. We found him at home and dragged him back."

But for those who are not forthcoming, there are the "designated helpers," government-appointed gossips who catch people who do not turn themselves in.

"When I came back from Hong Kong a few weeks ago, the neighborhood committee somehow heard and showed up on my door," complains Caroline Cheng, a gallery owner in Shanghai. "They said I couldn't leave the house for two weeks. When I went to pick my son up from school, the neighbors yelled at me and then the committee came and yelled at me. I took to sneaking out late at night, and finally couldn't take it and checked into a hotel as a visitor."

Caroline Cheng's story is not unique. Harriet Wu, a 24-year-old journalist, has a friend who came back from a trip to Hangzhou and was ratted out by a classmate, and sent home for quarantine. "I don't know what motivates people to turn someone in; maybe it ingratiates them to officials," she says. "It's the turning-people-in that most resembles the Cultural Revolution, even more than the neighborhood committees' surveillance."

During the nightmare of the Cultural Revolution, the neighborhood committees, created in 1954, were all-powerful. Combined with work units and classroom committees, they replaced the traditional extended family in overseeing every major aspect of Chinese life: They ran their own health clinics, decided whether and when a couple could marry, and assigned housing based on seniority and status. They were also the vanguard of the struggle against counterrevolutionary thought, encouraging neighbors, colleagues and even family members to inform on each other. Vindictive neighbors and relatives could ruin lives by reporting bourgeois behavior, and personal relations with their neighborhood committee representative or work unit director often determined whether a suspect household was persecuted or just quietly warned to be more careful.

When economic and social liberalization started in the early 1980s, softening the Communist Party's political grip, the neighborhood committees were gradually transformed or phased out. In their place, China's population is monitored through the residential ID, or hukou, the equivalent of a Social Security number required for everything including getting a job, renting a house, checking into a hotel, buying a cellphone, and attending school.

While a right to privacy has never existed in China -- even today there is no direct translation for "privacy" in Chinese; the closest approximations mean "secrecy" and "privately owned" -- the government's recent hands-off policy created an expectation of privacy, of zero interference in personal matters. In China today, you can basically do whatever you want, go wherever you want, date whoever you want, read, listen to, and watch whatever you want, and even say anything you think, no matter how subversive, as long as you don't post it online or unfurl it on a banner in Tiananmen Square.

But SARS has rolled back much of the personal freedom the Chinese were beginning to take for granted. Early on, the same neighborhood gossips who keep the people from hiding anything from the government also make it impossible for the government to hide much from the people. When a massive coverup of the SARS epidemic in Beijing was revealed in late April, China was in a state of hysteria. Stores sold out of vinegar, disinfectant and quack anti-SARS herbal remedies. Peasants put up blockades around their villages and rioted, attacking hospitals. Internet chatters clattered that SARS patients should be shot. More than half the people in the streets sported masks, usually the cheap, ineffective cloth variety adorned with Hello Kitty or -- ironically, given the official Chinese position on the then-ongoing Iraq war -- U.S. and British flags.

Fear causes people to overlook things they might normally protest. Just as the terrorist threat has eroded civil liberties in America, panic over SARS has prompted the Chinese people to quietly submit to an array of new restrictions. Temperature checkers zap every person entering hotels, hospitals, gyms, restaurants and stores. Some venues post signs denying service to persons coming from infected areas.

The renewed neighborhood committee vigilance prompted by SARS suggests that the mindset and infrastructure that allowed the Cultural Revolution to happen are not entirely in the past. The prompt, pervasive crackdown on the disease shows the continued vitality of government structures that could also easily be applied to causes less noble than an international health crisis.

But the past will not so easily repeat itself. Most of the newfound economic and social freedoms seem inviolate. Case in point: Jin Yingdi, 75, of Shanghai's northern Hongkou district, had neighbors who long complained about the smell from the seven cats she kept in her tiny apartment. Her neighborhood committee used SARS as an excuse to confiscate five of the animals. Cleverly seizing on her right to be litigious, Jin Yingdi decided to sue her neighborhood committee for violating her property rights.

Lisa Movius is a freelance writer living in Shanghai.