A nearly wordless symphony capturing an anonymous sexual encounter in the Parisian night, Claire Denis' latest film is a rare and tender delight. 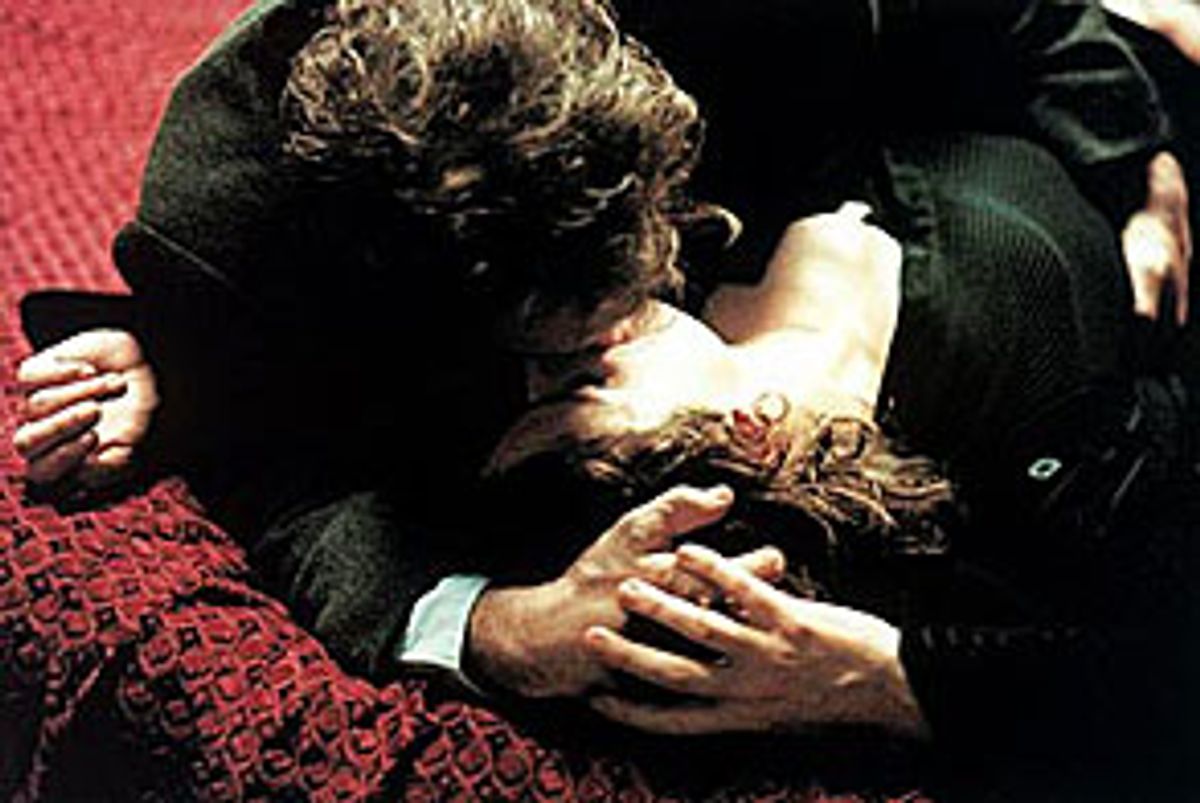 Claire Denis' "Friday Night" is a work of atmospheric intimacy. The movie is built on a classic fantasy, one that both women and men indulge in: the idea of having anonymous sex with a stranger. It's erotic only in the quietest, gentlest way. Clothes aren't torn off in "Friday Night"; they're brushed aside with a whispery rustle to expose a smooth expanse of skin, a clavicle, an anklebone. Yet there's urgency behind every gesture -- otherwise, you'd just have arty sex, and who needs that? This is a story about two lovers meeting improbably and fleetingly, but it's layered with strata of tenderness and deep bliss, as if a lifetime of connection could be packed into just one night.

Laure (Valérie Lemercier) has finally finished packing every belonging in her Paris apartment, on the night before she's to move in with her boyfriend. She's a solid, sturdy woman, somewhere in her 30s, and perhaps not so pretty when you first look at her. But one by one, scene by scene, her features (a noble nose, a mouth like that of a mysteriously smiling medieval Madonna, a tumble of wavy brown hair) fill in until she's more than complete: She's beautiful by numbers.

On this night before her big move, Laure has made plans to have dinner at a friend's house. She heads out in her car, only to remember that a transit strike has made it impossible to get anywhere within the city. Cars are backed up for miles in the Paris streets -- they're lonely lit-up bugs with nowhere to go, united in their sense of purposelessness. Pedestrians amble between the cars, many of them looking for a lift. One of these, a handsome gentleman, waves to Laure; she rolls up her window and locks her doors defensively.

But before long another wanderer catches her eye. He's older -- somewhere on the far edge of his 40s -- and has an intense, vaguely threatening stare. But there's also something warmly welcoming about him, and Laure invites him into her car. His name, as Laure will learn later, is Jean (Vincent Lindon). The two of them sit in traffic, barely talking: "Friday Night" is virtually a silent movie, save for the sound collage of the city, a jumble of far-off beeping horns and muted voices, the urban equivalent of the chirp of crickets.

"Friday Night" is based on a novel by Emmanuèle Bernheim, and she and Denis adapted it together. Denis' longtime collaborator, Agnès Godard, is the cinematographer. This is a case where the writer, the filmmaker, the director of photography and the actors seem to be moving in perfect concert -- not just in the sense that all movies are a collaboration, but as if all parties were virtually breathing in tandem. After you've seen "Friday Night," you might not be able to recall exactly how the lovers ended up together, in bed, in a clean-but-plain Paris hotel room. Their union wasn't so much decided as destined. As they sit in that car together, Godard's lens shows us the meaty shape of Jean's hands, the way Laure's hair brushes the soft curve of her jawline. These are erotic details, the things you notice about someone once you realize you're attracted to him or her. But in this case, we notice them even before the characters do. We're the fortune-tellers here, privy to all the unspoken secrets these lovers will eventually share with each other.

Denis and Godard show us moments of intimacy that belong more to the province of husbands and wives than to that of sexy strangers: As Jean sleeps, we see Laure padding about the deserted hotel rooms (because of the strike, the hotel has no other guests); her feet are bare, but Jean's tweed coat is wrapped around her otherwise naked body. And we see Jean splashing water on his face in the tiny hotel bathroom; he slurps from the tap, making an ungodly noise that's also unabashedly sexy.

But the lush familiarity of "Friday Night" isn't confined to that hotel room. The movie is intimate precisely because it's so expansive: The world around the lovers doesn't dissolve; it intensifies. Before Jean and Laure end up in that hotel room, they walk through the rain-glossed city streets. The very air around them is an accomplice. If it weren't for the city -- if it weren't for the mess of that transit strike -- they wouldn't be together at all. Godard captures the details of that city with love but no sentimentality: We see nighttime cafes lit with neon, inviting but just a little bit sleepy, sexy only in their sense of drowsy promise. The city closes around Laure and Jean to provide them with privacy, but it never quite leaves them alone.

This isn't a cautionary tale about the dangers of casual sex, but about the thrill of the mere fantasy of it. Magical in an earthbound way, it's also the anti-"Amélie." Denis offers us a few pleasingly surreal touches -- the way the anchovy on the pizza Jean orders in a small Italian cafe curves into a smile -- without ever succumbing to whimsy. Denis is a graceful and luminously gifted director, but she's also an extremely serious-minded one. Her gorgeous and potent 1999 "Beau Travail" was a reading of Herman Melville's "Billy Budd" rendered in the cuneiform of male bodies: Their shapes and silences became the script, speaking of feelings so intense and raw that they need to be repressed for the purpose of mere living. And you can't get more serious than the tortured cannibal lovers in Denis' last movie, "Trouble Every Day," the classic tale of how the dish ran away with the spoon, retold with obsessive flesh-eating love maniacs as the lead characters.

But in "Friday Night," Jean and Laure are the owl and the pussycat, pushing off onto the night sea in their beautiful pea-green boat. The strength of their romance lies not in its potential permanence (there is none), but in how resolutely temporal it is. When Jean and Laure make love -- that is, the several times they make love -- they reach a degree of mutual understanding and deep-rooted pleasure that doesn't exist within the confines of any particular time or place. When Jean gazes across the table at Laure in that Italian cafe, it's as if he's making sure he's accounted for every color in her paint-by-numbers face. At one point Laure touches the sleeve of Jean's tweed coat as it hangs in the hotel closet -- he's asleep in bed a few paces away, but she's making all the necessary preparations for the future, memorizing both the roughness of the fabric and the smell of it.

When Jean and Laure finally part -- and Denis makes it a marvelous, liberating if bittersweet moment -- each is more at home in the world than he or she was before. They go their separate ways, together, for the rest of their days. What God has joined let no man put asunder.