Showtime's new "Dead Like Me" teaches its whiny misfit characters hard life lessons, even though they're not technically alive. But what happens to its undead heroine next? 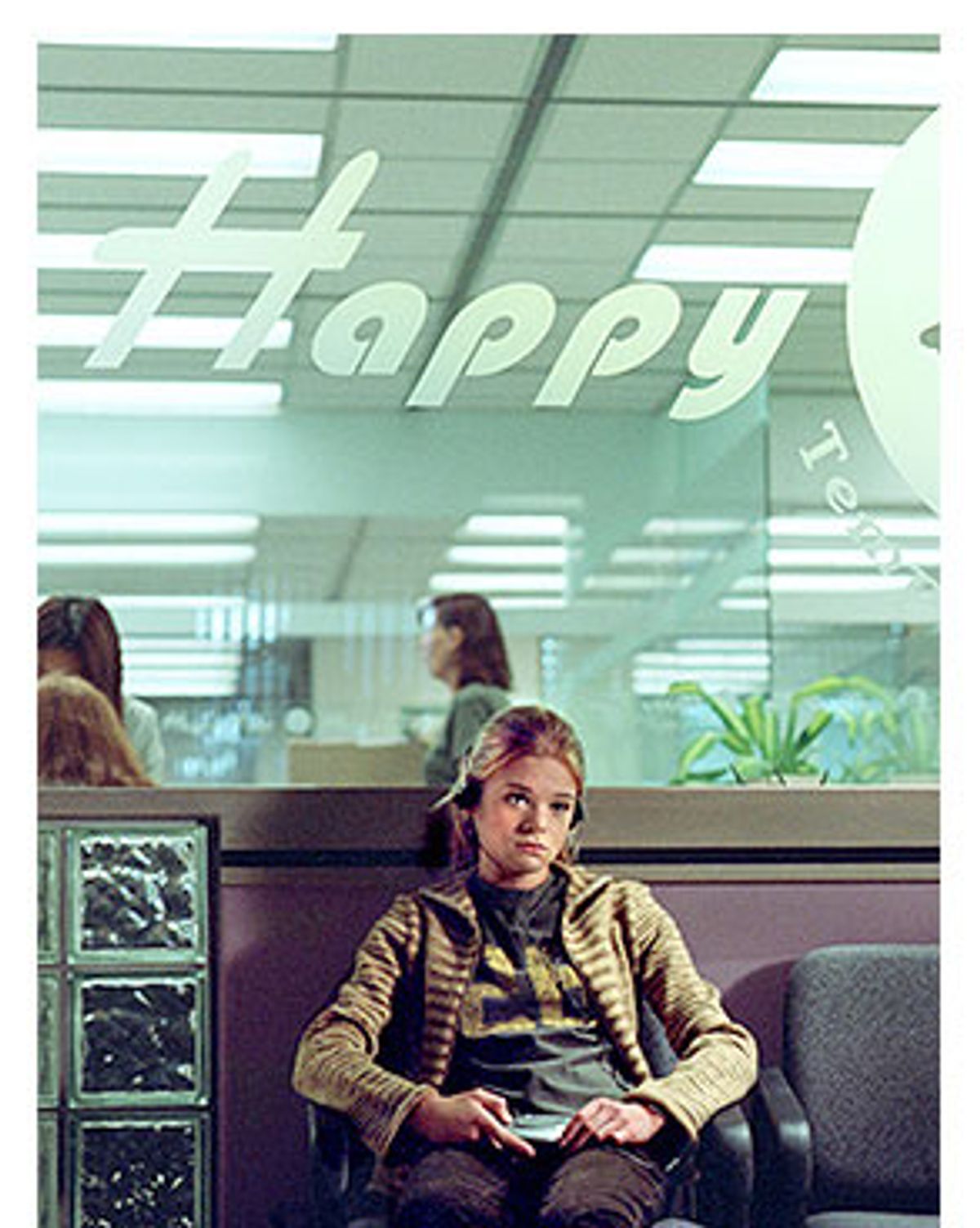 From "Buffy the Vampire Slayer" to "Freaks and Geeks" to "My So-Called Life," angst-ridden misfits hold a special place in our hearts -- even if they don't stay on our screens nearly long enough. Watching our bitter heroes slouch, roll their eyes, and ooze with contempt for the ultra-normals around them is hot and sour soup for the soul. Maybe we love them because most of us are just pathetic, bitchy adolescents hiding behind smooth adult exteriors. Maybe we get a special thrill from seeing them shuffle around in old sneakers, shirking their duties left and right, because we'd love to ditch our mortgages, our dependents, our allergy-ridden cats and our high-maintenance plants and do the same thing.

Whether it's maturity or mediocrity that keeps us making regular payments and watering fussy hydrangeas is anybody's guess, but Showtime's new series "Dead Like Me" (premiering this Friday at 10 p.m.) offers us all of the vicarious thrills of the irresponsible teenager without forcing us to give up the self-righteous superiority of adulthood. Not only do we get to cheer on our crabby hero as she sasses her temp agency boss (that faker!) and her mean mommy (she doesn't understand!), but when the crap starts hitting the three-speed oscillating Honeywell, we get to sit back and tsk-tsk and say, "That's what you get for quitting college, slacker! Keep that up and you'll never amount to anything!"

Appropriately, our hero/scapegoat Georgia "George" Lass (Ellen Muth) walks that fine line between understandably irritated and gratingly negative. She's a depressed 18-year-old dropout who has nothing but contempt for her family and can barely muster enough enthusiasm to put food in her mouth, let alone get out of bed in the morning. She seems to hate pretty much everyone and everything around her, and her furrowed brow, pouty potty-mouth and deeply cynical "what-ever" voice won't let us forget for a second just how painful it is for her to even breathe.

Just when George's sullen anti-everything routine starts to chafe, she's leveled by a fiery object that turns out to be a toilet seat from the Mir Space Station. Then Mandy Patinkin appears and explains that, in the afterlife, George must take on the job of an earthbound Grim Reaper, taking the souls from dead people right before they're sent off to the great Who Knows Where. As if her fate couldn't get any worse, she's forced to squat in dead people's apartments because she doesn't get paid for her gig, and Jasmine Guy is one of her coworkers. If you think that sounds too zany to stomach, throw in the fact that living people can still see George (although she looks like a slightly older, slightly uglier version of herself), she meets her undead boss Rube (Patinkin) to get her assignments in a diner called "Der Waffle Haus" and, since she needs a day job to pay her expenses, she goes back to work for the same temp agency that was employing her the day she died.

As conveniently bizarre as it all is, there's something undeniably satisfying about seeing our whiny hero haunting her old house with the inevitable new lease on life that comes with being dead. As enlightened and regretful as she is, though, George isn't exactly up to her emotionally grueling afterlife and continually tries to shirk her duties. This is where Rube, with his soothing parental routine, comes into the picture. He alternates between telling it to her straight, in the shit-talking, tough-love style of slightly abusive coaches and "To Sir, With Love"-style teachers, and smoothly rolling out big ideas and anecdotes that blare "This is the moral, little girl, so listen up!"

If the whole project sounds suspiciously like the brainchild of "Fight Club" author Chuck Palahniuk, the visual style isn't helping matters much. Rapid cuts and special effects are used to take us everywhere, whether it's rocketing across the city skyline or following a firecracker down a drainage pipe. But smoke and mirrors aside, "Dead Like Me" is intelligently written by Bryan Fuller, imaginatively directed by Scott Winant, and well acted enough to have us at "Hello." While Patinkin is appropriately intimidating yet concerned in his role as undead authority figure, Callum Blue is charismatic and intriguingly weird as fellow earthbound agent of death (and future love interest?) Young Mason. Even Jasmine Guy, who has been downright annoying in other roles, is full of understated rage as undead parking attendant and fellow reaper Roxy.

But despite the promise of the first three episodes, which remain dramatically compelling and unpredictable enough to hold our interest from start to finish, it's unclear where the show will go from here. There's already a pattern setting in, in which George waivers, shrugs and resists the call, then learns some tough lessons about responsibility by the end of each episode. The show's themes are addressed almost directly by various characters: "Be patient, for Christ's sake. You're learning. And just smell some fucking roses already," Rube tells George. "I think for me, death was just a wake-up call," George ponders in a voiceover. The other characters don't seem capable of being more than quirky background players, and it's unclear how many times George can mournfully watch her little sister get tucked into bed or get urged to seize the day, smell the roses, etc, etc.

"Dead Like Me" treads interesting terrain between creepy suspense and poignant, character-driven scenes, wobbling between darkness and light, melancholy and optimism. Sometimes this in-between place lends a sense of unpredictability to the show, but at other times complicated questions arise only to be answered with lessons straight out of "Life's Little Instruction Book." As satisfying as such tidy little morals can be to us mediocre sheep, frazzled as we are from working for the man every night and day, our inner delinquents may not be so easily sated. If the writers of "Dead Like Me" are willing to follow the lead of Alan Ball's death-centered series "Six Feet Under" and push the show into some riskier, more complicated territory, maybe their angst-ridden misfit can survive for a while. Despite being dead.