How outsourcing will save the world

The growth of white-collar jobs in developing nations is essential to global peace and prosperity. 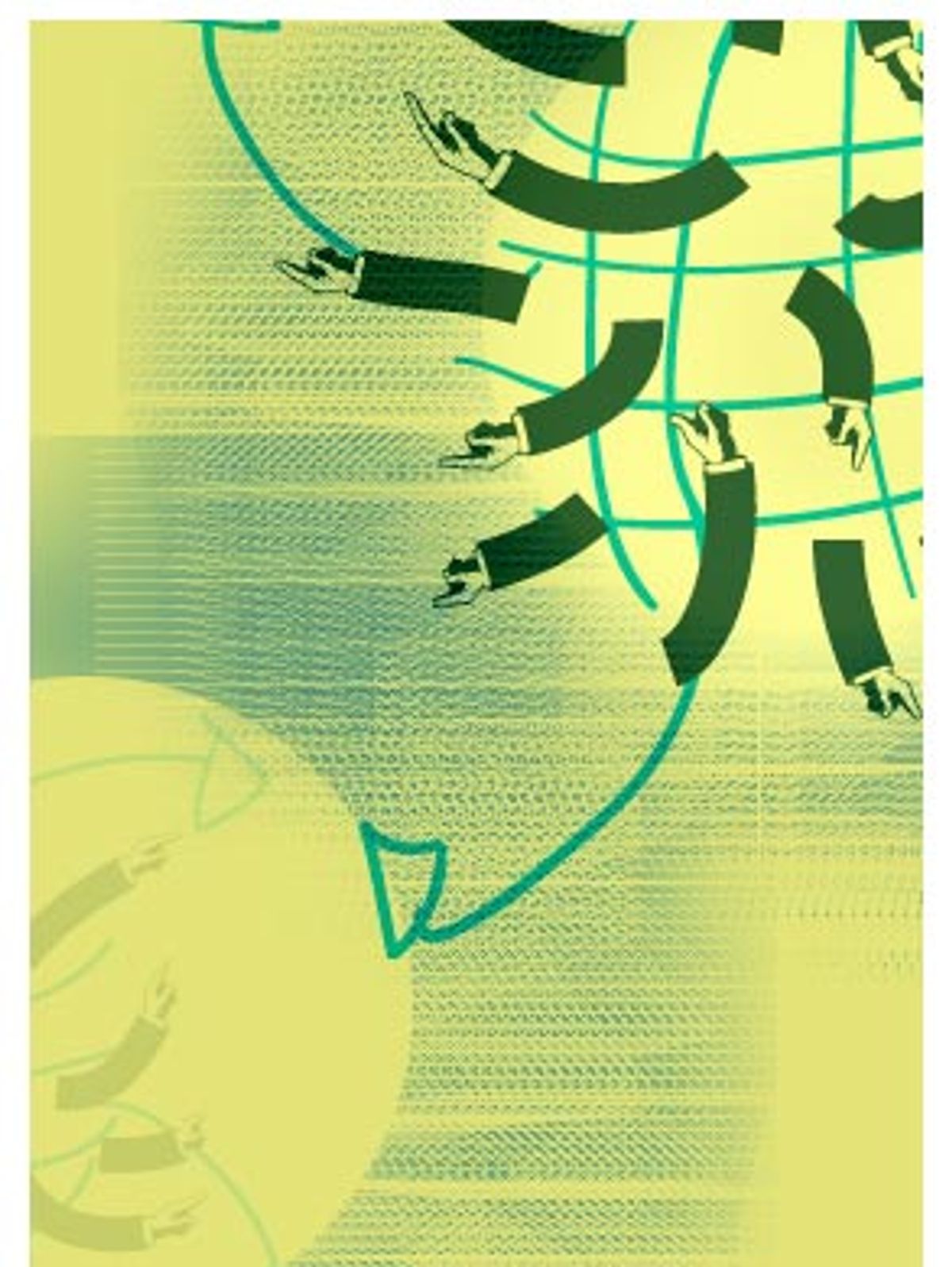 One of the biggest challenges facing the globe is the gap that exists in the wealth and standards of living enjoyed by the world's nations. Foreign trade and communication are the best tools for addressing this, when combined with trade agreements that limit exploitation by setting minimum wages, work environment standards, environmental standards, and so on. Foreign trade is not a replacement for foreign aid, of course, but foreign aid to a country that doesn't also engage in significant amounts of foreign trade is more likely to end up in the pockets of dictators and cronies.

There is no better form of trade a developing nation can engage in than to sell services provided by an educated population. Compare it to anything else a developing nation can sell -- natural resources like oil or minerals or agribusiness, hard labor in manufacturing, for instance -- and you'd probably find that white-collar jobs would be the most sustainable and most eco-friendly of any of them.

Those concerned about solving the world's problems should be falling over themselves to encourage developing nations to build a white-collar workforce, and to open that workforce to the world. Nations like India and China understood the importance of this generations ago and invested heavily in educational institutions rivaling the best of those in Europe and North America. Over the last generation the white-collar workforce has made itself more portable, more communications-oriented, more automated, and all these factors mean that where you are geographically is even less important in performing your job.

What still matters in the white-collar world are relationships between people. Often relationship building requires face-to-face communication, face-to-face collaboration, and shared experiences and challenges. That's why the outsourcing of white-collar work to remote locations isn't an all-or-nothing decision. Software engineering will not disappear from the developed-nation markets the same way steel production did, for example.

India in particular is facing its own talent crunch -- Indian Institute of Technology and other top technical schools crank out a huge number of engineers, for example, more than the U.S. universities, but right now even they are being swamped with demand. Salaries are getting more competitive and growing even faster than U.S. engineers' salaries grew during the boom. The best and brightest can command salaries not far from the same salary they'd get today in the U.S. At the same time, tech jobs are also one of the few ways in which those born outside the middle or upper classes can elevate their own lot in life. The amount of good this is doing within India cannot be underestimated, and we should hope this pattern can be repeated in other nations. What could possibly be more positive than a child deciding that a technical education is the key to his or her future?

Engineers in the developed world should be arguing not for protectionism but for trade agreements that seek to establish rules that result in a real rise in living standards. This will ensure that outsourcing is a positive force in the developing nation's economy and not an exploitative one.

Interestingly, middle-class white-collar workers often become the ones most convinced of the importance of traditional liberal values of freedom of speech, freedom from tyranny, and transparency within and access to government, and they tend to care most about global issues such as the environment. Strong middle-class white-collar economies create stable, liberal societies.

There is no doubt that this kind of change exacts a toll on people who are often least able to adjust. It's a shame we elected a government in the U.S. whose economic policies leave little room for "bleeding-heart, big-government" programs like job retraining or technical public works projects. Nations do have a role to play in assisting their citizens through painful periods of readjustment, in addition to playing a strong role in setting work standards in trade agreements. Perhaps that's the kind of change those hit hard by these changes should seek.

Brian Behlendorf is the founder and CTO of collab.net.