The sexy singer's "Never, Never Gonna Give You Up" was the "We Shall Overcome" of the bedroom. 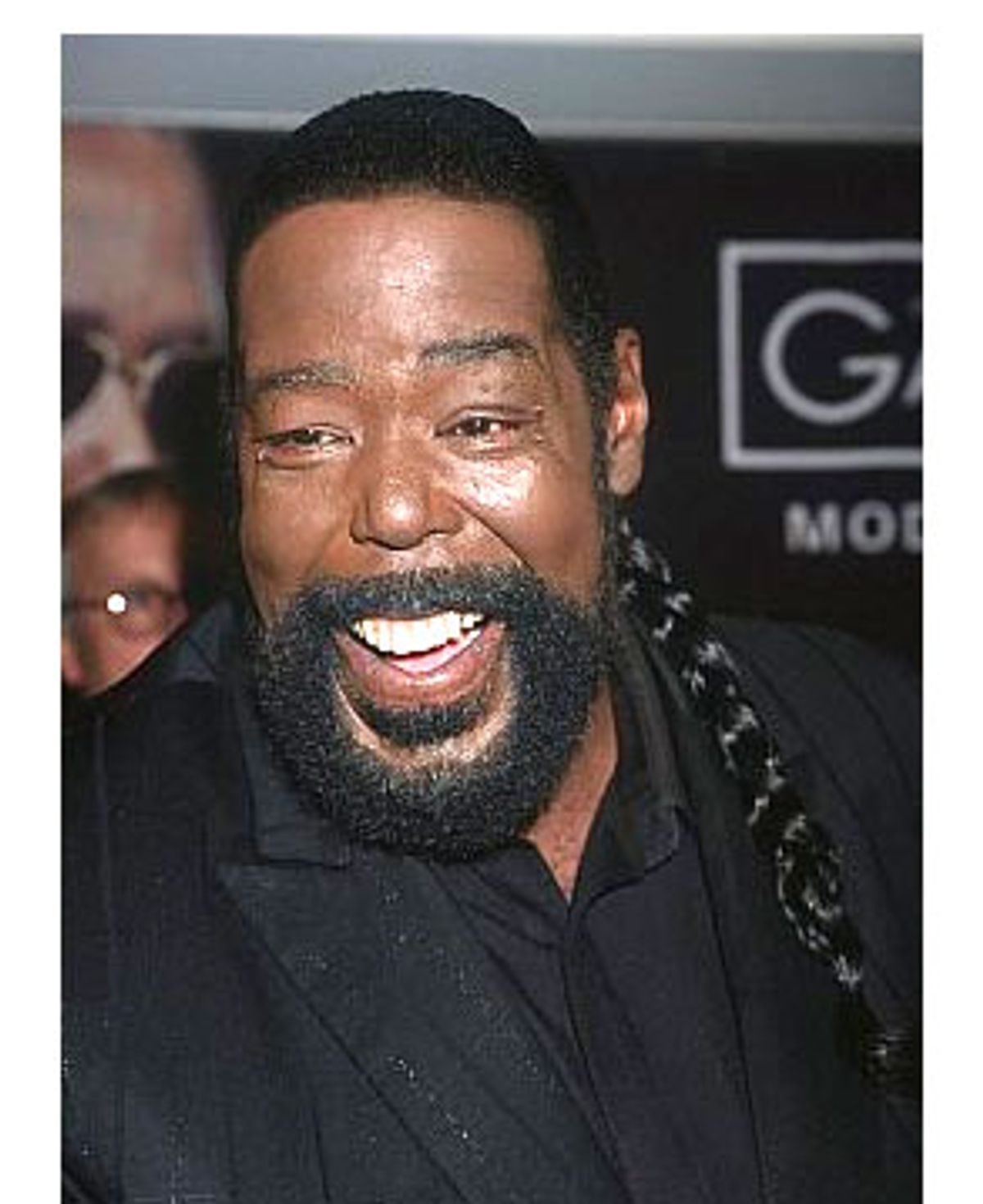 Across the country recently editorial writers and political columnists rushed to proclaim the momentousness and irony of the fact that segregationist stalwarts Lester Maddox and Strom Thurmond had died in the same week that the Supremes upheld affirmative action and the right of gay couples (or straight ones, for that matter) to do whatever the hell they please in the privacy of their own bedrooms. (Though you could just as easily say that, knowing the world they represented was on its last legs, Maddox and Thurmond's dying was their only act of good taste.)

Nobody more than the press subscribes to the old adage that whores, ugly buildings and politicians all get respectable with age. So we got respectful reports of Thurmond's seven-decade political career, coverage of the lavish state funeral in South Carolina, where he was buried with the pomp reserved for a hero (which to some there, he still was), and descriptions of how Thurmond, who opposed making Martin Luther King's birthday a holiday, who opposed every major piece of civil rights legislation, who was faithful to a GOP that has attempted to scale back every gain of those rights, modified his views with age.

For me, the irony of the week was spending the evening of the Fourth of July in a restaurant on Manhattan's Upper West Side listening to the woman at the table next to me tell her husband, based on her reading of the New York Times' obituary of Thurmond, what a remarkable man he was. He opposed the KKK, she told her husband, and he had a black man as his assistant. Echoing the arguments that both conservative Republicans and segregationist Dixiecrats used in the '60s, the woman patiently explained that it wasn't the Negro he was against; it was the government's usurping of states' rights.

Such is the meekness that death throws on even the most shameful of public lives. But there's an even better recent irony, a richer one and just as telling, though I doubt it will be much remarked on by pundits. It comes in Jon Pareles' obituary for Barry White in the Saturday New York Times. Detailing White's mid-'60s career as an R&B journeyman touring the country with various performers, Pareles relates this anecdote:

"During a stop in Alabama, he called a white operator 'baby' while phoning home. Moments later, the police pulled up next to his phone booth and threatened him with jail if he did it again."

Take a minute to let that sink in. This is the man whose voice was seduction itself, whose string-drenched hits impart the image of a laid-back soldier of the erotic, unflappable in his declarations of undying love, undying pleasure, someone who brought to lush, mid-tempo R&B something like Casanova's lover's code of ethics -- pleading rather than demanding -- declaring himself, to borrow a phrase from Smokey Robinson, the hunter captured by the game. And in mid-'60s Alabama he was nearly thrown in jail for doing over the phone the same thing that had gotten Emmett Till murdered when he did it in person just a few years before.

Less than 10 years later, after the civil rights legislation that Maddox and Thurmond had worked against became law, White's velvet growl began gliding out of radios everywhere, seducing as many white girls as black ones, becoming the lovemaking soundtrack of choice for couples everywhere. I'm not being facetious when I suggest that White's hits, coming long after pop radio had become desegregated (and before it once again, as it has now, returned to segregation), was part of the changes of the decade before. And if you think of disco and dance music as exerting a long reach over popular music, becoming the foundation for hip-hop and latter-day R&B (Jaheim, whose great "Put the Woman First" is in a line of descent from all the soul declarations of devotion, would sell his Timberlands to make a record as sexy as one Barry White track), then White was part of the movement that has given black music its longest-running predominance over pop music styles.

White was many things during the last 30 years -- a hitmaker, the butt of countless jokes, a has-been, and then the recipient of the ironic (and condescending) appreciation given to retro icons. Perhaps the last is better than no attention at all, but if people weren't embarrassed about acknowledging what gives them pleasure, they wouldn't have needed to treat White's supremely pleasurable music as camp. And, true to the image he built of himself as a true believer, White remained dedicated to his style of mood music.

Perhaps the best tribute he got in recent years came from the French director Bertrand Blier, who used songs from White's 1994 album "The Icon Is Love" for his 1997 "Mon Homme (My Man)." The movie is one of the greatest of Blier's adult fairy tales about the battle between the sexes, this one the story of the undying love that springs up between a hooker and the homeless man who becomes her pimp and finds himself more in thrall to her than ever. "Lllooovvve," that unmistakable voice drags out over the opening images, "iiissssss [yawning pause] the iiicconn." For a filmmaker who has spent a career portraying male bluster as the ultimate symbol of male sexual befuddlement (What do women want? his protagonists all ask themselves), White's proud declarations that he was foremost and forever a slave of love were the perfect anthems for men everywhere who willingly ruin themselves over women.

The day after he died, I was listening to White's "Never, Never Gonna Give You Up" and realized it was the "We Shall Overcome" of the bedroom. There is never a doubt in White's voice that the romantic and sexual nirvana he envisions will come true. He will spend a lifetime waiting to prove it or, given the chance, a lifetime proving it.

On "Buffy the Vampire Slayer" a few seasons back, a pre-Sapphic Willow decided it was time to lose her virginity to her boyfriend Oz. There was no question about what she would choose as mood music. "Ya got Barry working for ya," Oz noted while, with the steadfastness of a true lover and in a fashion that White would have applauded, he held back because the time wasn't right for him. If a suburban California Jewish teenage witch setting out to seduce her indie-rocker werewolf boyfriend decided Barry was the man for her, then he was truly universal.

White provided the romantic flipside to Wilson Pickett's boast "ninety-nine and a half won't do." Pickett was singing about what he demanded; White was declaring what he as a lover was willing to give. The music was all foreplay because that was the best way he knew to prolong the pleasure he celebrated. It wasn't a joke that his last album, in 1999, was called "Staying Power," though it was a sweet joke that "The Time Is Right" (the best number from "The Icon Is Love") featured a female chorus singing "the time is right/ right now." The only time Barry White recognized was forever.