"I Capture the Castle"

In this charming coming-of-age tale set in 1930s England, two sisters fall for the new American owners of their home -- perhaps to save their family from financial ruin. 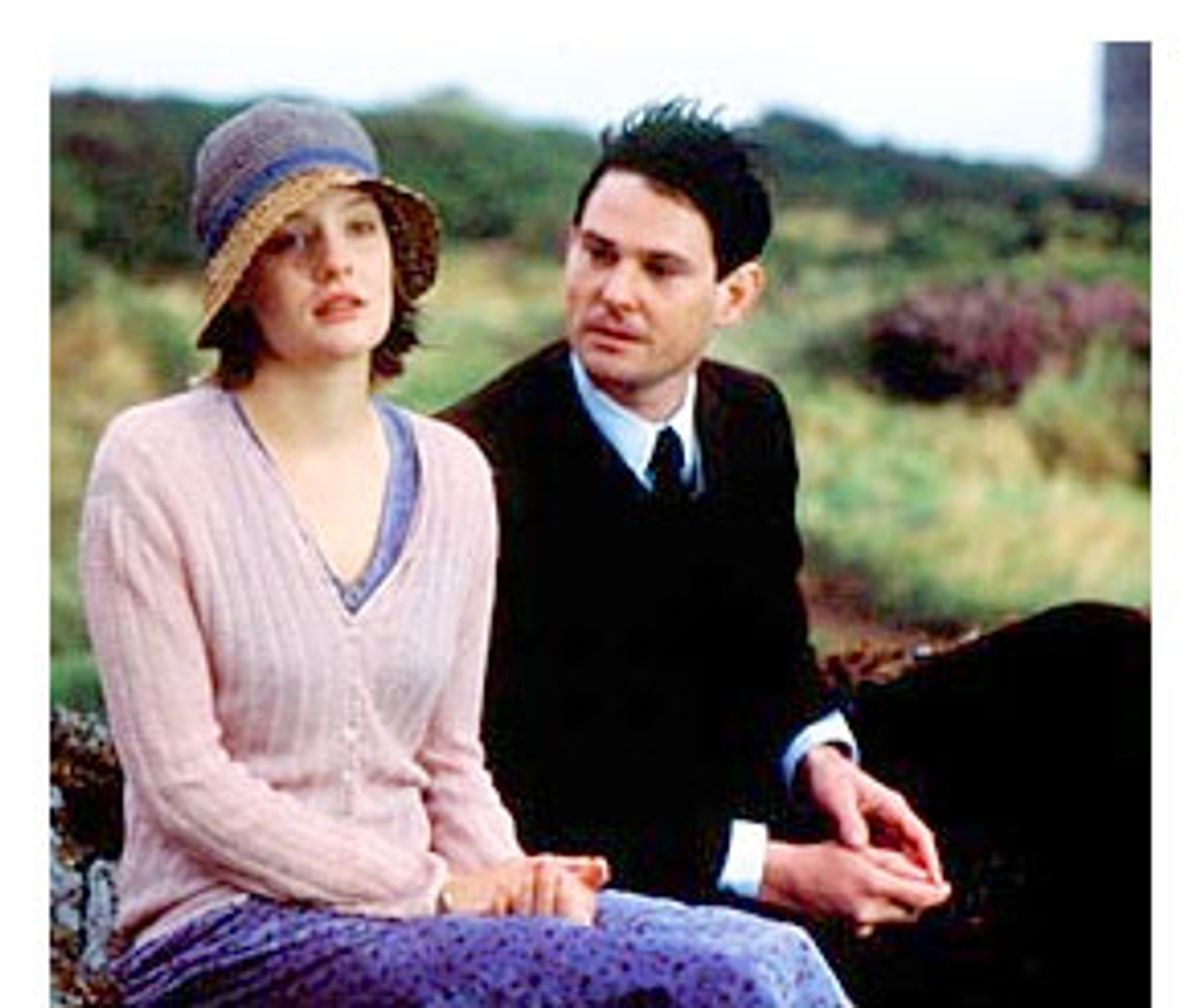 Dodie Smith's dashingly unsentimental 1948 novel "I Capture the Castle" is one of the lost classics of coming-of-age literature. You could consider it "lost" in the United States, at least -- it has never been out of print in the United Kingdom, although, like lots of popular literature, it has drifted in and out of the public consciousness there over the years. The book tells the story of a bright, lonely 17-year-old girl, Cassandra Mortmain, who lives in a decrepit, remote castle in 1930s Sussex with her eccentric family including, among others, her father, a novelist who's been blocked and unproductive for years; her stepmother Topaz, a trippy bohemian sort with a penchant for topless rain-bathing; and her sister Rose, a beauty who can't wait to escape her weird and wretched surroundings.

Smith's first novel (she would later go on to write the wonderful, and better-known, "The Hundred and One Dalmatians") is back in fashion again, having been republished in the United States four years ago. Now it's also a movie, a quiet, charming picture (if not a dazzling one) that's true in spirit to its source material, capturing most of the carefully-shaped dimensions of Smith's characters, as well as much of her sharpness about the exceedingly unromantic reality of poverty.

Cassandra (Romola Garai) is a practical and exceptionally observant girl who doesn't particularly like living in a drafty, falling-down castle. But she can tolerate it much better than her older sister, Rose (Rose Byrne), who's just aching to find a way out of her oddball family's clutches and on to better things. The family relies on the skimpy royalty checks that regularly creep through the mail to Mr. Mortmain (Bill Nighy), who, years ago, wrote a highly successful and acclaimed novel. But he hasn't been able to produce a sequel, and suddenly, the royalty checks stop coming.

Then the worst happens: The castle's new owners, two mysterious and, by English standards, intimidatingly direct American brothers, arrive to check out their property. Neil Cotton (the sorely lackluster Marc Blucas, from "Buffy the Vampire Slayer") is the sporty, dashing one; Simon Cotton (Henry Thomas, in a subtly multishaded performance) is stiffer and more cultured. They just happen to arrive on the scene when Topaz (Tara FitzGerald, in a wonderful, nicely chiseled cameo of '30s boho eccentricity) decides to run outdoors naked in a rainstorm to commune with nature. They also step right into the Mortmains' drafty main room while Cassandra is trying to enjoy a quiet bath there, behind some strung-up blankets for privacy's sake.

"I Capture the Castle" is a love story, naturally -- when two sisters meet up with two brothers, what else would you expect? But Smith didn't take the expected course, and in adapting the screenplay here, Heidi Thomas conveys much of Smiths wryness, as well as her deep compassion for her characters. The movie could use more drive and passion in places -- it often slinks along a little too slowly. But director Tim Fywell takes great care in shaping individual scenes. He certainly nails what's both funny and painful about the way Rose, in an early sequence, appears in the family drawing room in one of Topaz's cast-off gowns to entertain Simon and Neil, who have been invited for tea. With her peachy-red curls cascading down her back, her parian skin, and that wildly unorthodox sea-nymph gown, she looks like a medieval vision out of a Burne-Jones painting -- in theory, it's a wonderful look for her, but you can see how woefully out of place she is among the bobbed hair and slinky dresses of the '30s.

What's worse, Rose has no sense of how to behave socially: She treats Simon and Neil as "gentlemen callers," opening the flirtation tap full blast. After they leave, they gossip together about her naked desperation. And while you feel a great deal of empathy for Rose, you can't really claim that they've gotten the wrong impression. The movie (like Smith's book) is very direct about the Mortmains' circumstances. While it's all very charming that Rose goes around in peculiar turn-of-the-century clothing, the fact that the Mortmains can barely manage to eat is not. Rose may be flighty and annoying at times, but particularly as Byrne plays her here, you can't help connecting with her. Romance and true love are all well and good, but all marriages have economic components as well. The movie never judges Rose for the things she wants out of life, or for the reasons she wants them: One of her goals is to make life better and easier for her family.

But Garai is the center of the movie, and she carries it along beautifully. When Simon and Neil walk in on her during her bathtime, she chats easily with them from behind her blanket curtains. We can see just her face, which, framed by her shortish and very unfussed-over light brown hair, looks somewhat round and youthful. But when she emerges a few minutes later, her tall, slender and very unchildlike body wrapped in a towel, Simon is taken aback: "I thought you were a child," he says. "No," she says, directly and without a hint of embarrassment, either for herself or for him. It is simply a fact, and Garai's straightforward delivery of that one line sets the tone for her whole performance.

As Garai plays her, Cassandra is mostly woman, but she still has a little something of the child in her: During the course of the movie Garai's bearing changes subtly -- just in the way she moves, she shows us glimmers of the woman she's going to become. And although Cassandra does harbor some girlish dreams of romance, there's something heartwrenchingly sensible about her, too. Garai's Cassandra doesn't know how to flirt in the usual ways, using her eyes or her laugh. But her intelligence is more seductive than she knows -- provided, of course, she can hook up with a fellow who's intuitive enough to see it. Even at 17, Cassandra is resolutely unwilling to settle for anyone who can't fully appreciate her, and Garai, in her eyes and her carriage, shows us what a potentially lonely choice that is.

"I Capture the Castle" feels slight and willowy; it doesn't quite have the complex, feathery heft of Smith's book. But it does have the right look: Cinematographer Richard Greatrex shows us the English countryside (here, it's largely a mix of rocks, mud and stubby grass under grayish skies) at its least romantic -- which is often, some of us would argue, when it's most beautiful. "I Capture the Castle" may not be a very grand picture, but it's a gently satisfying one. And if it brings Smith's book just a few hundred more readers, it's admirably done its job.