In AMC's "Hollywood in the Muslim World," we find a populace struggling to maintain its identity against the creeping invasion of American entertainment. 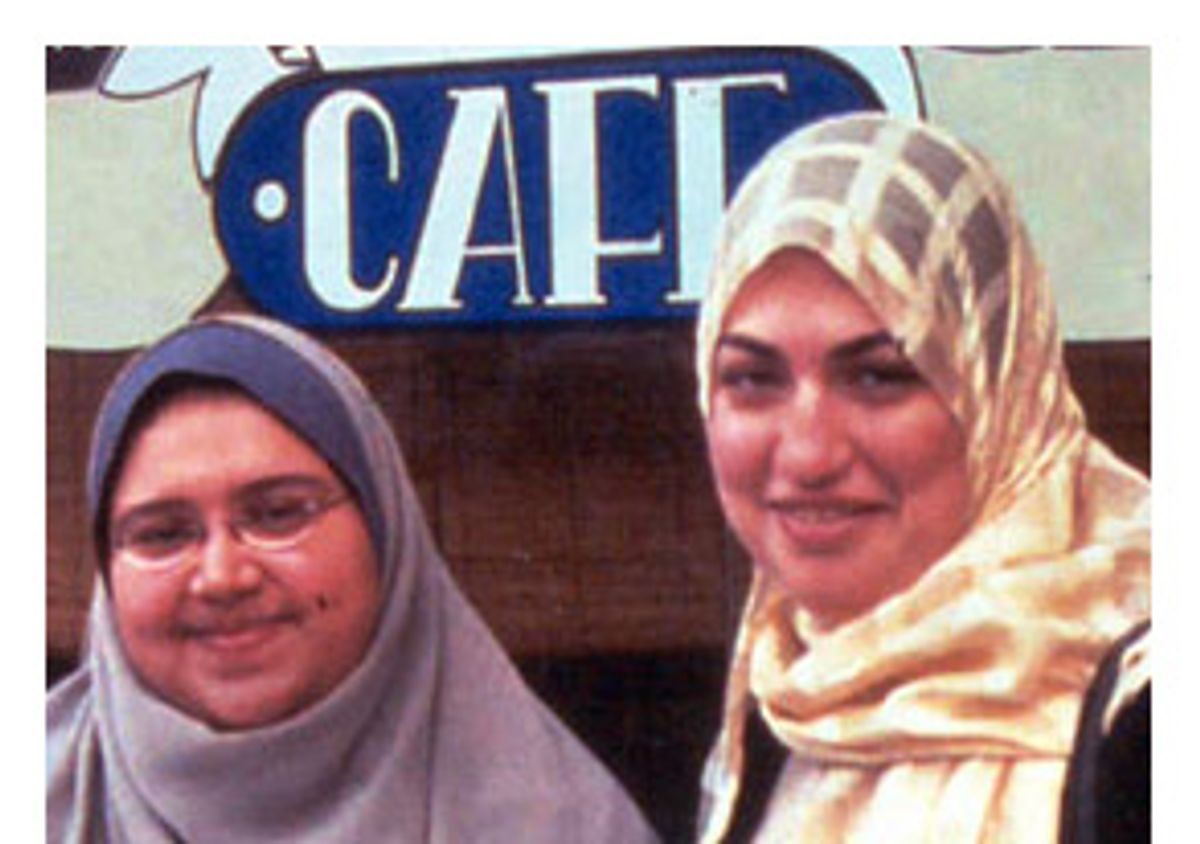 It must be tough living in the Middle East, what with all the dust and the camels and the angry terrorists running around, looking for stuff to blow up. I bet it's hard to get your coffee in the morning, with all those terrorists shouting that the line is too long, or threatening to level the joint because they specifically said "soy" or "no foam" and the little drummer boy behind the counter didn't hear them right the first time.

Despite the fact that most Arabs on the big screen have several sticks of dynamite packed into their BVDs, most of us aren't stupid enough to think that the Muslim world is filled with Wile E. Coyotes in robes. Still, when kids grow up watching "True Lies," "The Siege" and "Rules of Engagement," in which even a one-legged Yemeni girl totes a machine gun, it's not too hard to see how their perspectives get twisted beyond recognition. In his documentary "Hollywood in the Muslim World" (premiering Monday night on AMC; check local listings) Charles C. Stuart discovers a well of anger and frustration in the Middle East over American depictions of Arabs, anger that some believe stokes the flames of extremism.

As Stuart points out at the start of his film, by the year 2000, Arab television had grown into a half-billion dollar a year industry. With 100 satellite channels, Arab governments can no longer control the content of every broadcast. These days, people in Cairo, Egypt; Beirut, Lebanon; and Qatar are familiar with shows like "Friends," "Sex and the City" and "Will & Grace," as well as countless American movies. Two months before the war with Iraq began, Stuart visited the Middle East and talked with citizens in Egypt, Iraq, Lebanon and Qatar about the influence of Hollywood and American pop culture in the Middle East.

Many of those interviewed resented the pervasive influence of Hollywood, claiming that such "cultural pollution" is a threat to Muslim identity. One filmmaker in Beirut expressed regret at the way kids in Lebanon grow up with so many American influences. "I feel that Lebanon has lost part of its identity by imitating or having all the American things here. This winter I didn't go to any Starbucks cafe, I don't like Dunkin Donuts ... But the marketing of all these things is done in such a way that it reaches the children. I mean, who goes to McDonald's here? The children. Because at the same time, you have a McDonald's, a ticket to see a Disney film and you have a gadget. It's a market."

When Stuart interviewed a bunch of kids about their favorite American movies, a 19-year-old man interrupted them, fearing that the filmmaker was exploiting the children. When Stuart asked for the young man's point of view, he angrily railed off a list of Hollywood's stereotypes. "Do you see any camels around here?" he asked.

Others Stuart interviewed saw the influx of American culture as part of a U.S. campaign to stereotype Arabs. "We know that there is a war, a war of propaganda, and a media war against the Arabs and the Muslims," said one network representative.

Whether or not they agreed with the assertion that American stereotypes are intentionally denigrating, many subjects feel certain that Americanization in the Muslim world is pushing some Arabs to embrace more extremist beliefs. Or, as professor Abdullah Schleifer of the American University in Cairo put it, "Radical fundamentalism is a reaction to radical Westernization or modernization."

As paranoid, oversensitive or wildly professorial as such remarks might seem, consider how American stereotypes conveniently mirror our government's foreign policy at any given time. While mid-century movies about World War II seem laughably dated in their depiction of psychotically evil Japanese soldiers, the trauma of Pearl Harbor stoked paranoia and hatred toward Japan in such a way that prejudices were absolutely taken for granted as holding some grain of truth. Meanwhile, in early Hollywood movies like "The Sheik" and "Lawrence of Arabia," Arabs were depicted as exotic, wildly sexual beings. By the early '80s, with the Iran hostage crisis and rising turmoil in the Middle East, Hollywood's depictions of Arabs and Muslims became darker and more foreboding. Today, the trauma of Sept. 11 enables many to cast a blind eye on the way Hollywood perpetuates extreme prejudice against Arabs in America and in the Middle East.

Unfortunately, Stuart doesn't explore such points. As fascinating as it is to meet the writers of the Arab sitcom "Shabab Online," which appears to be a badly blocked "Friends" with perpetually grinning actors, or to visit "The Friends Cafe," a coffee joint in Beirut modeled after "Central Perk," most of Stuart's interviews don't move past surface observations and he seems to touch on a wide range of subjects without delving too deep or pulling the threads together into a cohesive narrative.

Still, at a time when the "patriotic" view often simply means pervasive xenophobia, it's valuable to witness the resentment and anger welling up from those who feel their cultural identity has been taken hostage by Hollywood. And we can hardly blame them -- if we were forced to watch reruns of "Shabab Online" on every channel, we'd be angry, too.