Much of the "illegal art" in a major copyright-infringement exhibition is just plain silly. But the giant corporations that dominate our culture want to squash it anyway. 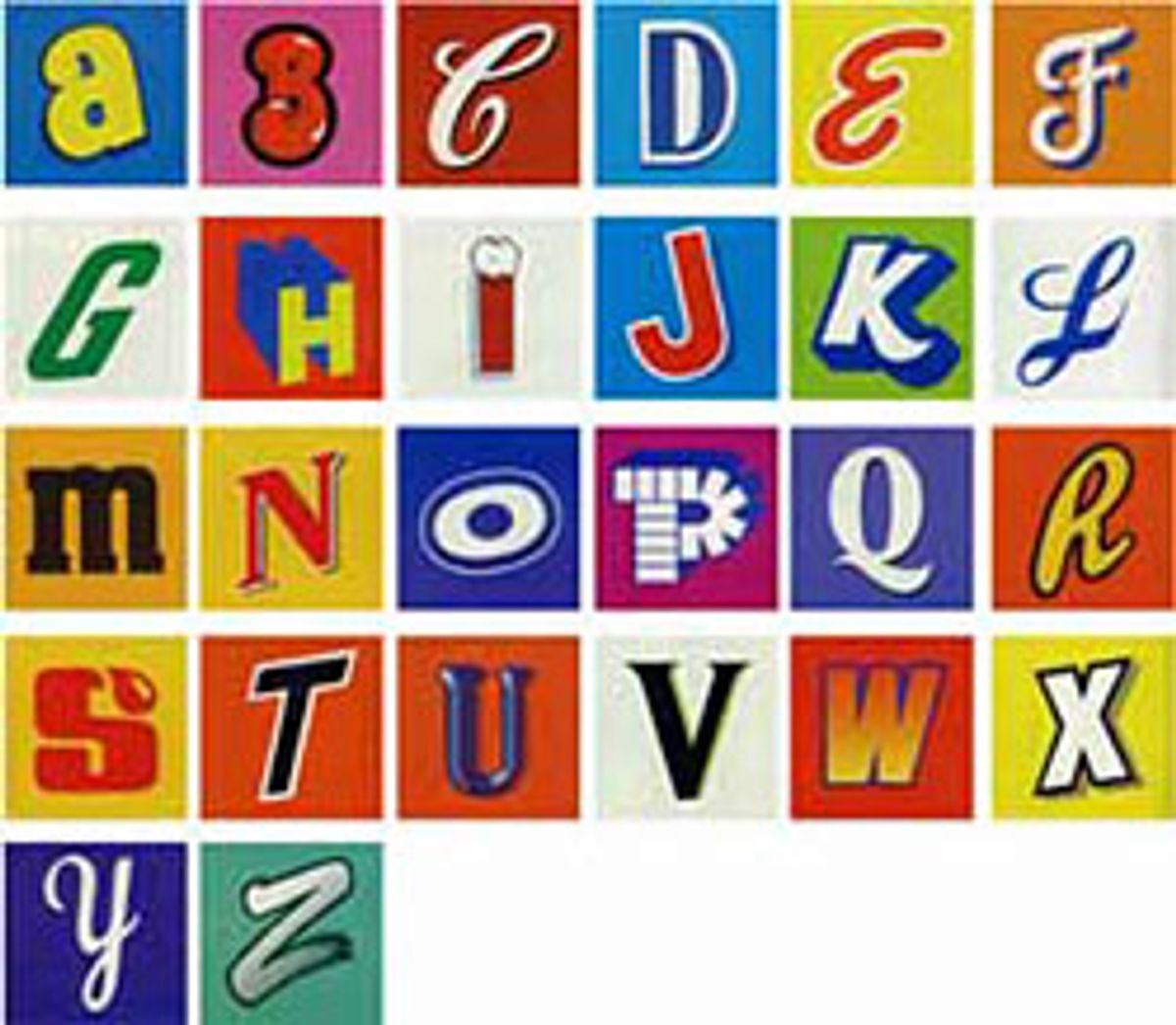 To judge from samples of his work posted on his Web site, Kieron Dwyer, a 30-ish San Francisco comic-book artist, has a crude, hit-or-miss sense of humor.

Dwyer's idea of what's funny runs from the somewhat perceptive -- for instance, a gag drawing of Saddam Hussein hiding in a book called "History of Iraq," on the theory that American occupiers will never look for him there -- to the juvenile: an image of Santa Claus having too much fun with Rudolph, say, or a three-panel, frat-boy inspired treatment of Shakespeare. ("Doobie, or not doobie? That is the question ... .") Dwyer would seem, on the basis of these creations, an unlikely martyr to the cause of artistic freedom -- yet that's exactly what he became in April of 2000, when the Starbucks Corp. decided that he was a threat to its bottom line.

Starbucks sued Dwyer for copyright and trademark infringement because, a year earlier, Dwyer had drawn a parody of the company's ubiquitous green-and-black logo and had printed it up on essentially everything he could sell: T-shirts, coffee mugs, stickers and the cover of the debut issue of his comic-book series, "Lowest Comic Denominator." Dwyer's version of the coffee company logo -- which can now be seen as part of "Illegal Art: Freedom of Expression in the Corporate Age," a traveling exhibit currently at the San Francisco Museum of Modern Art's Artist Gallery in Fort Mason Center -- replaces the pseudo-mythological, blissed-out mermaid encircled in the Starbucks drawing with a more with-it chick who holds a latte in one hand and a cellphone in the other.

Dwyer's mermaid has a pierced belly button and, unlike her corporate stepsister, doesn't feel the need to hide her nipples behind her hair. Dollar signs are everywhere in Dwyer's version, which is part of his point: Instead of "Starbucks Coffee," his logo says "Consumer Whore."

Dwyer's parody is clever, though just barely so. After all, his comment -- that Starbucks is a cog in the machine of American consumerism, or something -- is about the most banal criticism you can lob at the company. Does anyone, anywhere, believe that Starbucks is some sort of noble institution? To argue that dollar signs are central to what Dwyer calls "the whole Starbucks mentality" is so clichéd as to be almost uncontroversial, and the most interesting thing about his case is that someone at Starbucks actually believed that the company had more to gain by going after the artist than by leaving him alone.

What was Starbucks thinking? The Illegal Art show was conceived by Brewster Kahle, director of the Internet Archive, and Carrie McLaren, the editor of Stay Free! magazine, precisely to ask questions like that about the corporations that rule our culture.

Much of the art on display here hasn't actually been the subject of legal action (not surprisingly, Starbucks seems to be more thin-skinned about these things than other firms). But almost everything at the show could conceivably bump up against some company's copyright or trademark, with the artists landing in a world of legal trouble. There are depictions of Disney characters in compromising situations, a drawing of Matt Groening's "Life in Hell" rabbit bitch-slapping the Trix bunny and a few naughty works concerning Wal-Mart, "The Family Circus" and the Sesame Street gang.

The idea, of course, was to get the masses fired up about corporate censorship of important art. The problem is, there's not too much important art here. Some of the pieces are funny and subversive, but much of it seems quite silly and tangential. Take, for instance, the photographer Tom Forsythe's series "Food Chain Barbie," in which the doll is seen in various puzzling poses having to do with food preparation -- Barbie is lounging in a martini glass, baking in an enchilada pan, looking happy in a blender, unmoored in a milkshake machine. This is the kind of art-chic idea that might have seemed vaguely "deep" on paper but, pulled off, appears frivolous.

What's more important, though, is that Forsythe's photos -- like so much of the work here -- are harmless. Barbie's lasting image, cultivated with millions of dollars over half a century, will not be damaged by this modest assault, just as Starbucks, whose typical customer visits the store 18 times a month, would not have been much affected by Dwyer's subversion of its logo. Yet both Starbucks and Mattel, Barbie's corporate owner, decided to sue.

Even when the work here is less than inspired, though, it's the artists' bravery, their willingness to enter this uncertain area of the art world, that commands our appreciation. Copyright law is a dangerous, capricious beast that is almost entirely under the control of big companies, and it doesn't matter, really, that the artists may be in the right. Under many interpretations of copyright and trademark legislation, both Dwyer and Forsythe stood a good chance of beating the legal rap.

Dwyer's logo is unmistakably a parody, a form long protected by the courts. But Dwyer didn't have the resources to fight Starbucks, so he was forced to settle the matter by agreeing not to post his logo anywhere on his site. Forsythe, with the help of pro-bono attorneys, managed to convince one federal judge that his work was OK, but Mattel has appealed the case.

There are several examples here of "anti-corporate" work that hasn't provoked any legal challenges. Michael Hernandez de Luna, a graphic artist whose particular genius lies in creating sardonic postage stamps that are so realistic they can be passed through the mail, has made, among others, stamps featuring Prozac and Viagra pills, and he hasn't had any problems. The drug companies, in this case, obviously made the right decision. Postage stamps, of course, often celebrate bits of Americana that the country has collectively decided we'd be nothing without -- the flag, the eagle, Elvis. By pointing out that pharmaceuticals have become just as indispensable to our society, de Luna's work is just as much of an advertisement for the drugs as it is a criticism.

Indeed, some of the work here has even been embraced by the corporate world. Heidi Cody's "American Alphabet" is a set of 26 letters she took from corporate logos, like the P from Pez or the R from Reese's, that she displays in colorful light boxes -- and not only has Cody not had to hire a lawyer, she's even sold some of her light-box letters to ad agencies for use in commercials, which must be the highest compliment the corporate world can bestow upon art.

Carrie McLaren points out that visual artists like de Luna and Cody often have the most freedom from corporate censorship, and that "where you get into trouble is with the filmmakers and musicians. They're the ones who are really under the gun." Hollywood, as everyone knows, goes after perceived copyright violations with religious zeal, and the show includes many examples of songs and movies that have been elbowed from public view because lawyers wouldn't approve of it.

Late in July, the Illegal Art show will screen Todd Haynes' 1987 film "Superstar," in which the filmmaker uses a Barbie-doll cast to tell the story of Karen Carpenter's battle with anorexia. Haynes didn't get the rights to the music he uses in the film, so "Superstar" was blocked from public release. If it had been released, though, Mattel would probably have raised a fuss. (If the company won't let you take pictures of Barbie in a blender, it certainly won't let you promote the heretical notion that Barbie has some sort of body-image problem.)

The show includes a companion CD with almost two dozen songs that have been embroiled in legal troubles. The most famous of these is Negativland's 1991 single "U2," a five-minute parody of the Irish band's hit song "I Still Haven't Found What I'm Looking For." Hearing this now, you can't help wondering what all the fuss was about; the song, which largely consists of foulmouthed Casey Kasem outtakes from "America's Top 40" over a kazoo-like instrumental of the U2 song, couldn't have harmed much more than Bono's famous self-righteousness. But Island Records sued the single "out of existence," the exhibit notes, and "The Letter U and the Numeral 2," Negativland's 1992 magazine that explained what happened in the first fight, met the same fate.

Also on the CD is the Public Enemy track "Psycho of Greed," which was recorded for the group's latest album, "Revolverution." The track includes a sample from the Beatles' song "Tomorrow Never Knows," but Capitol Records wanted so much money to clear the music that Public Enemy decided not to release its track. In an interview in Stay Free! meant to accompany the show, Chuck D and Hank Shocklee say that producing the sort of music that Public Enemy made in the 1980s -- its album "It Takes a Nation of Millions to Hold Us Back" is generally credited with sparking the widespread use of sampling in hip-hop -- would be financially untenable today.

"It wouldn't be impossible," Shocklee says. "It would just be very, very costly." Sampling just one song will cost you "more than half of what you make on your album." By 1991, record companies began charging exorbitant fees for samples. "We had to change our whole style," Chuck D says. Does it need to be said that Public Enemy hasn't been as good since?

That, in the end, illustrates the most toxic effect of copyright law. In a way, what's most interesting about this show is not what you see but what you don't -- all the art that wasn't made, all the pieces that weren't attempted, because a musician or a filmmaker or a painter or a poet knew that to do so would mean endless legal battles and possible financial ruin.

If Public Enemy, which has the resources to fight egregious copyright claims, doesn't make music like it used to because it's just too much trouble, think of how many other people there must be who are holding their tongues -- because to say anything new and interesting would simply cost too much.