Young women actually have sex! At least they do in this refreshing coming-of-age tale of teen love and angst, starring Mandy Moore and the marvelous Allison Janney. 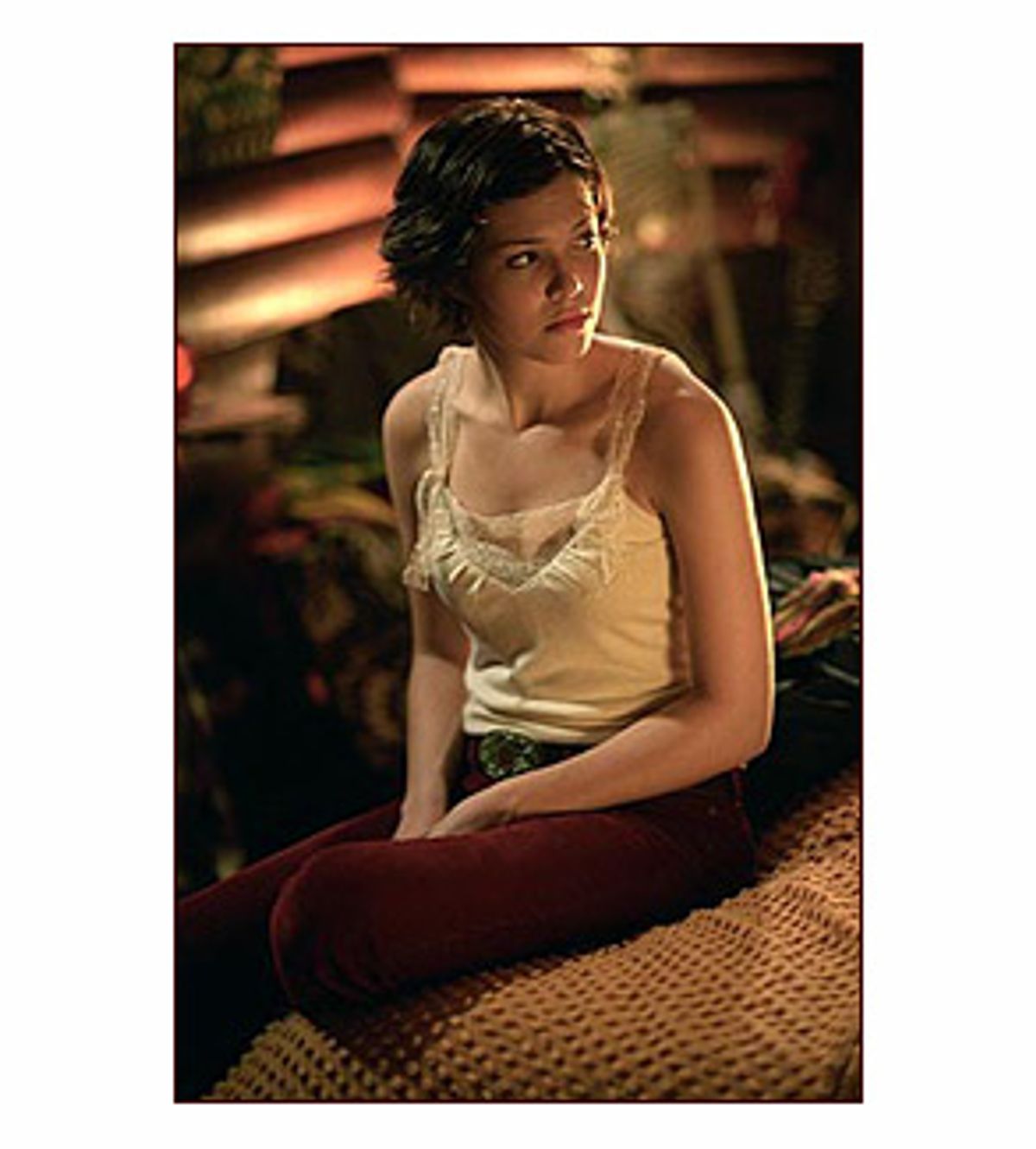 Despite its blessedly relaxed attitude toward sex, there's something pleasantly old-fashioned about Clare Kilner's "How to Deal." Mandy Moore plays 17-year-old Halley, a self-assured smart cookie who nonetheless refuses to get the hang of love: Love, she thinks, only leads people to make messes of their lives. Her sister Ashley (Mary Catherine Garrison), is set to marry a drab but nice Ivy League sort with whom she's constantly bickering. The girls' mother, Lydia (Allison Janney of "The West Wing"), has become something of a jittery neurotic in the wake of her recent divorce from their dad, Len (Peter Gallagher), an aging rock 'n' roll DJ who has run off with his radio station's traffic-reporter bimbette. And Halley's best friend Scarlett (Alexandra Holden) has become very seriously involved, emotionally and sexually, with her boyfriend -- the relationship doesn't mar the friendship between the two girls, but it does change the tenor of it.

So Halley shuts herself off from romance -- which means, of course, that there's a hottie waiting in the wings to set her tumbling (his name is Macon, and he's played by the numbingly dull Trent Ford). "How to Deal" is a refreshingly and resolutely modern story: In a marked contrast with Moore's previous movie, the goopy, sterile "A Walk to Remember," the young women here (and some of the older ones, too) do have sex. Or if they're not having sex, they're very seriously weighing how, when and with whom they should take the plunge.

But the movie -- its script was written by playwright Neena Beber -- also has an entertainingly melodramatic sheen. It seems to take many of its cues from '50s rock 'n' roll songs, songs that riff on classic themes like the first blush of young romance, the wretched frustrations of growing up, and coping with teenage tragedy. (Tragic elements pile up magnificently in "How to Deal"; they include a car crash and a young athlete with a bad ticker.) That's all part of the picture's appeal: Its basic elements may have been gussied up for the 21st century, but they're archetypal at their core.

"How to Deal" is painless to watch, but it's marred by some significant flaws. For one thing, Halley's romance with Macon takes up a huge, sodden chunk of the movie, and it's the least interesting thing about it. Moore, with her sunbeam smile, is a perfectly capable actress, and a casually likable one. But Macon is a dud, and it's hard to tell if it's simply that the role is written badly, or that Ford can't prod him to life, or both. Macon is one of those dreamy teen dullards, and you can never quite figure out what Halley sees in him. Worse yet, the movie asks us to believe that Halley would, and should, forgive Macon for abandoning her at a pretty crucial time. The message seems to be that human beings make mistakes, and teenage boyfriends, especially, make some pretty big ones. But you can't help feeling that a young woman as self-assured as Halley is should just give this one the gate; instead, the two trudge toward a deeply unsatisfying happily-ever-after ending that's more dopily retrograde than it is classic.

That's a shame, because in other places, "How to Deal" is refreshingly sharp, most notably in the way it deals with a particularly complicated instance of teen pregnancy. Kilner and Beber are less interested in doctrinaire approaches to life's big problems than they are in suggesting how real human beings might deal with them.

Two of the performances in particular are sheer joy to watch: As Scarlett, Alexandra Holden ("The Hot Chick") shines in every one of her scenes. She's a charmer with a country-girl smile, but she never coasts on cuteness: There's always something admirably grounded about her.

And I've decided that Allison Janney's is one of the great faces of contemporary acting. With those exquisitely large almond-shaped eyes, she's like a cartoon Cleopatra, a striking, stately beauty with Looney Tunes in her soul. Her trademark is deadpan insouciance, but it never comes off as shtick -- she makes it seem fresh and new every time, and she's a pleasure to watch here, as always. (Even though Janney had nothing to do in "The Hours," I recall my feelings of relief and gratitude every time she appeared on screen: She was a real person to cling to in a sea of overwritten types.)

Janney's sense of comic rhythm is impeccable and hip: Her lines hit the beat on 2 and 4, not 1 and 3. And she can play neuroticism and insecurity with '30s screwball aplomb -- she puts them across as entertaining traits, not grindingly annoying ones. In "How to Deal," her role is smaller than Moore's, but it's hardly insignificant. Moore has youth on her side, and youth is timelessly appealing. But Janney is the bigger, more memorable presence, and she's much more fun to watch. The script does Janney the disservice of giving her character a new boyfriend (Dylan Baker) who's into Civil War re-enactment. In the world I live in, that means "Run!" But Janney's Lydia likes him, and so, even against our better judgment, we do too. An actress who can find the sex appeal in a Civil War nerd must have X-ray vision. I hope she can use it to burn her way through to bigger and better roles.